Frogs in the Wine Vat 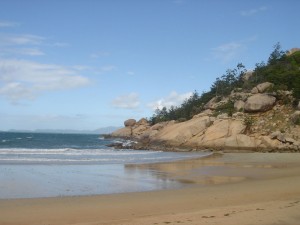 The one and only Magnetic Island

I don’t like frogs. In fact, I’m petrified of them. Strange that I should chosen to live in a country like France. But apart from the actual people, they don’t have frogs here. Not noticeable ones anyway. Not those great big slimy green ones they have under the toilet seats in Townsville. It took me years to stop lifting the lid to check for bad surprises after I left Australia. A few years ago, I was up in the North with Black Cat staying on my very favourite coral island when I discovered a frog in the toilet in the middle of the night. Well, that was the end of that night’s sleep. I had to steal out in the garden to answer the call of nature and then had to lock myself in the bedroom until morning soI could get a neighbour to come and get rid of it. Black Cat was of no help of course. She goes into hysterics if she sees a spider. When I came home late at night as a teenager, I’d have to wake up my father to come and shoo the frogs and cane toads off the steps so I could get in. He tried teaching me to stamp my feet to frighten them but it didn’t always work. And those cane toads are even worse. 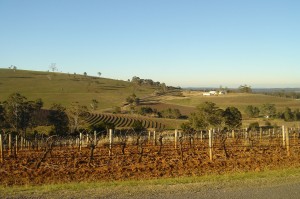 Now what has this got to do with wine vats, you may ask. Well, on the same trip, after Relationnel had joined me (I treated myself to a whole six weeks in Australia during Black Cat’s exchange year), we visited the Hunter Valley. Friends living there, who also have their own vines, took us along to the Capercaillie Vineyards where they had tracked down a French-speaking winemaker from the New Hebrides. Relationnel, whose English is not exactly fluent, was delighted and so was I as it gave me a rest from have to interpret all the time. Our young winemaker obviously loved to have an audience and regaled us with a wealth of harveting tales. According to him, he opened the vat one day to find a pair of eyes glinting back at him. A frog had been thrown in with the grapes.

Every time I drank that wine, I tried not to think of the frogs.

5 Responses to Frogs in the Wine Vat