Posted on February 9, 2012 by Rosemary Kneipp 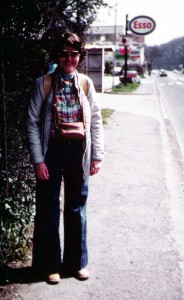 Working out a travel itinerary has become my most time-consuming holiday task. That wasn’t always so.  When I was young and adventurous, I used to set off with a backpack and follow whoever knew when the next bus, train or boat was leaving. Or just stuck out my thumb. It made it very simple. There was always someone else at the other end offering a room and a bath. I usually slept in those shared dorms which even back in those days could be co-ed. I accidentally found myself in one on my first honeymoon, but that was because I didn’t know you had to ask for a letto matrimonial. There were six single beds. Fortunately, we were the only ones there.

An unforgettable trip to Malta (in lieu of Australia because I stupidly thought it would be easier) when Leonardo was four months old put an end to such spontaneous travelling.  Although he was fully breastfeed and theoretically transportable with my trusty baby sling, he was still a hefty little fellow and a light sleeper and I arrived home more exhausted than when I left. Somehow, travelling wasn’t the same any more. The spontaneity no longer seemed appropriate. 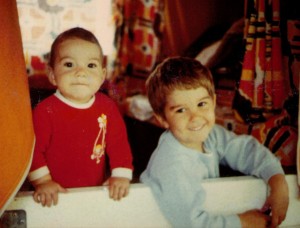 And once Black Cat arrived, travelling, except for our 3-yearly trip to Australia, became synonymous with camping.  Not that that was really a piece of cake. The kids loved it, but I spent most of the time getting sand out of the bed, cooking on two gas rings, washing up in a communal kitchen, taking showers with the kids, shopping for food and peeing outside the tent at night in the hope that no late revellers would go past. 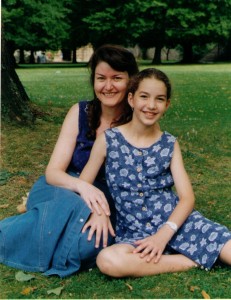 My first real holiday since my pre-Malta days came when I took 12-year old Black Cat across France to Heidelberg by car. She was a model companion and we played it by ear. The only slip-up was that I had forgotten to take her passport with me. However, we decided to take the risk and cross the border at some little place whose name I can’t remember. No one came near us. We had a lovely time, having breakfast at the hotel, picnicking at lunchtime and eating out at night. We always seemed to find a hotel without too much trouble. We stayed in Reims, Strasbourg, Metz, the place I can’t remember, Heidelberg and Colmar. And when we’d had enough, we went home.

After I met Relationnel, we used to rent a holiday house for a week or two at a time, usually in Brittany, and take the four kids with us. We always went shopping in the morning by ourselves and finished off with a bowl of cider afterwards. We came home one day and were immediately confronted by the elderly couple next door. They told us that the “older ones” had been attacking poor little Thoughful and they were about to call the police.

Brittany in the summer

Mystified, because the four of them usually got on like a house on fire, we said we’d look into the problem. It turned out that they were all inside, pretending to have a fight with their pillows, screaming as though they were really hurt, Thoughtful louder than any of the others. We had to make them promise to behave themselves while we were out. I hate to think what the neighbours would have said if they’d known we were a blended family !

When Relationnel and I were finally able to go on holidays on our own, we would choose a country, book the first hotel and take off in the car, stopping wherever the mood took us. But as we always travelled in the summer and there weren’t any mobile phones in those days, not to mention the fact that I have become fussy about where I sleep since my backpacking days, it didn’t seem to be such a good idea any more.

Now, we plan everything beforehand. We work out the itinerary together and I book the accommodation. It does take a lot of time, but it certainly makes life much easier once we’re on our way. Now that you can check out the internet, consult Trip Advisor and see what the bloggers have to say, there aren’t too many bad surprises, although it’s amazing how a photograph can be so completely different from reality!

This entry was posted in Family, Lifestyle and tagged travel itinerary. Bookmark the permalink.

One Response to The Travel Itinerary