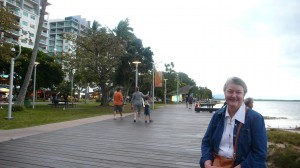 After living in France for more than 35 years, I’m not sure I really know who I am any more. I mean in terms of nationality. When we go back to Australia on holidays, I feel a bit odd because I don’t know how things “work” any more. It always amuses Relationnel that I can’t recognise the coins. Here I am, with my Australian accent, saying to the person at the cash desk, “Is this a dollar? Is this 10 cents?”. Sometimes I actually get congratulated on my excellent English! I just say “thank you”.

But the funniest experience was when we were up in North Queensland in August 2009. We were staying in Cairns in a big hotel opposite the esplanade. I’d noticed all the barbecues along the waterfront but had no idea how to use them. So I asked a table of Australians about our age if they could show me how they worked. A lady very nicely came and explained and off we went to buy some steak. 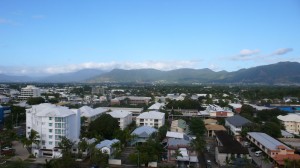 We were eating away, having shown some young Koreans how to use the barbecue as well,  when the same lady came over to see me. With great excitement, she showed me her digital camera, “Look! look who it is!”. But I can never see anything on those tiny screens anyway and it was already nighttime. “I’m sorry, but I can’t see it very well”. “It’s Kevin Rudd!”, she said, bubbling over with the thrill of it all. And you know the punch line already, because you’ve seen the title of the post. What was my response ? “Who’s Kevin Rudd?” 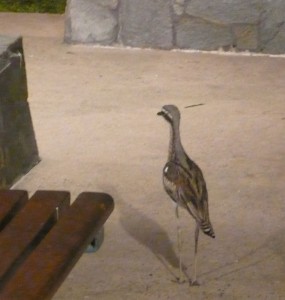 She looked at me in utter bewilderment, “Aren’t you Australian?” “Yes”, I replied, smiling sweetly. “Oh”, she said. “Well, he’s the Prime Minister”. Then, regaining her lost excitement, “He just stopped by and had a beer with us!” “Ah”, I replied, “That’s very nice”. She went off rather dispiritedly. I’d obviously put a damper on the occasion.

As we were leaving, after being visited by a friendly curlew, a group of young Germans stopped us and said they’d been told they couldn’t have alcohol on the beach and wanted to know whether it was really true. “Well”, I replied, “it seems that the Prime Minister just came by and he had a beer. So I don’t see why you can’t!”.

I’ve been keeping up more with Australian politics since then. I know who Julia Gillard is. She’s a woman after all. And she and Rudd have both hit the French newspapers! Not that either of them can rival with Marine Le Pen and Sarkozy!

This entry was posted in Australia and tagged Cairns, Kevin Rudd. Bookmark the permalink.