I have to confess that Vienna is not one of my favourite cities. I found it too clean and stark. But I still think it’s worth a visit. We went there in early June 2008 just when the World Football Cup was starting, without realising the date. The town hall was topped with a huge soccer ball and there were giant screens up everywhere. We had difficulty finding a good restaurant for our wedding anniversary and finally settled on an excellent Italian ristorante called Barbaro in Schauflergasse. We did enjoy having an aperitif at Zum Schwarzen Kameel with the rest of Vienna though. 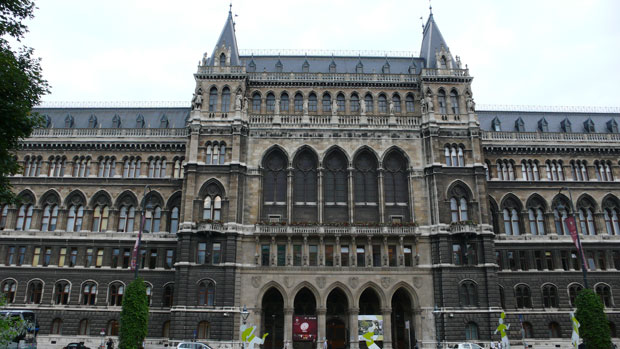 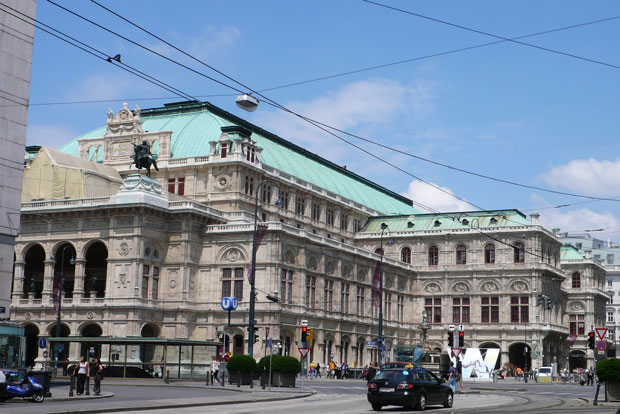 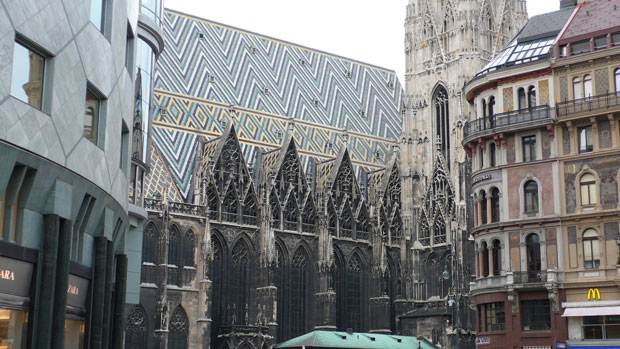 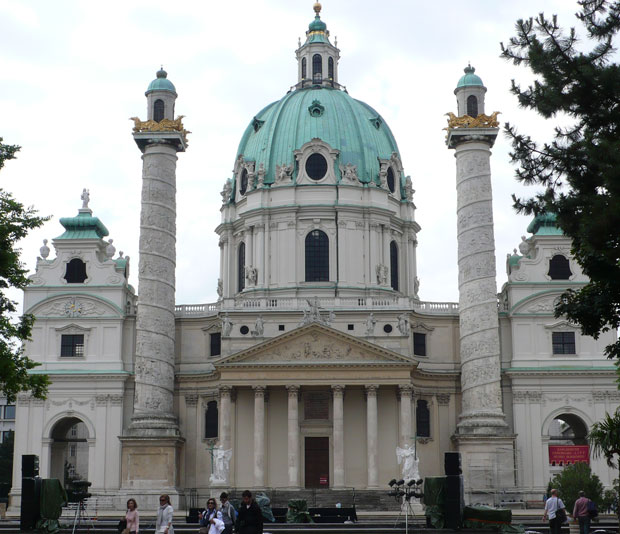 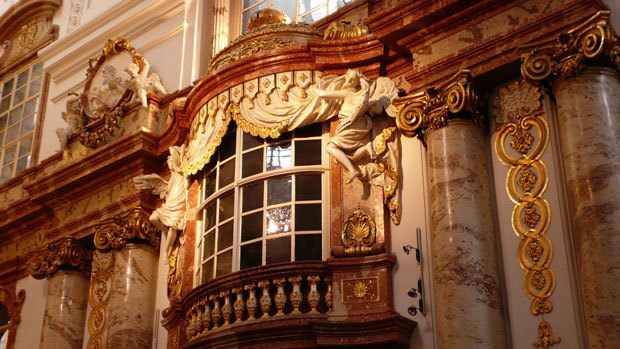 The very baroque interior of Karlskirche 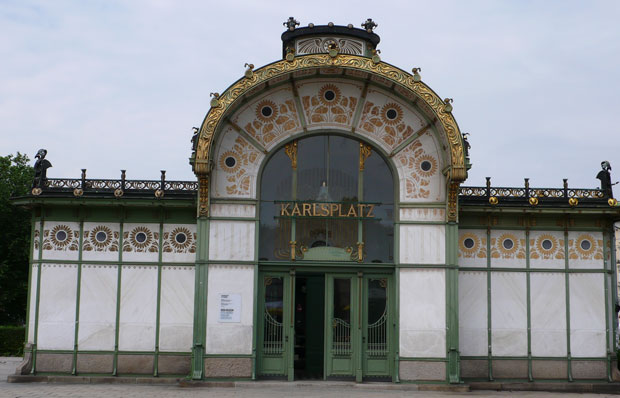 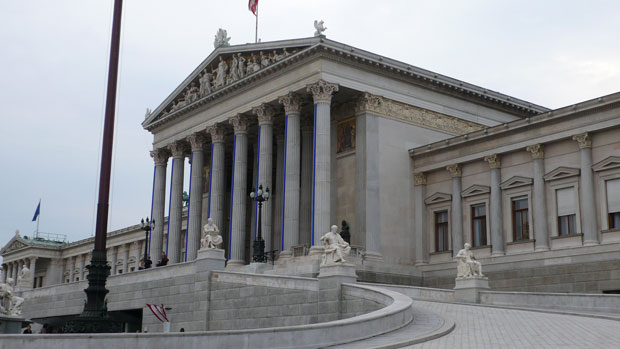 The Austrian Parliament Building, completed in 1883 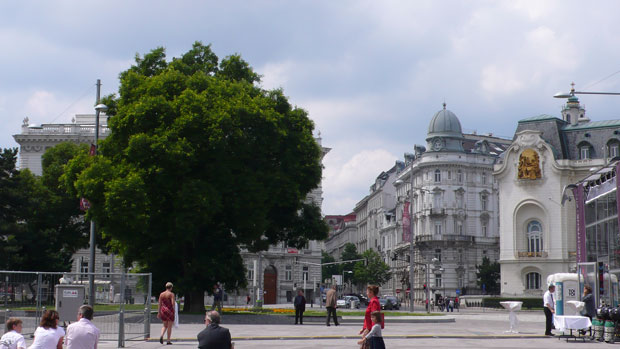 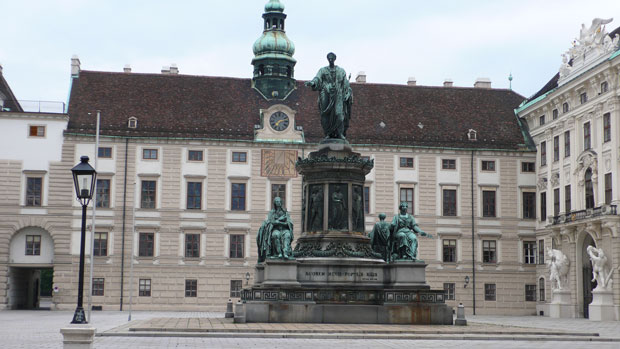 The Hoffburg Palace in the city centre, the Habsburgs’ winter residence, 13th to 19th centuries 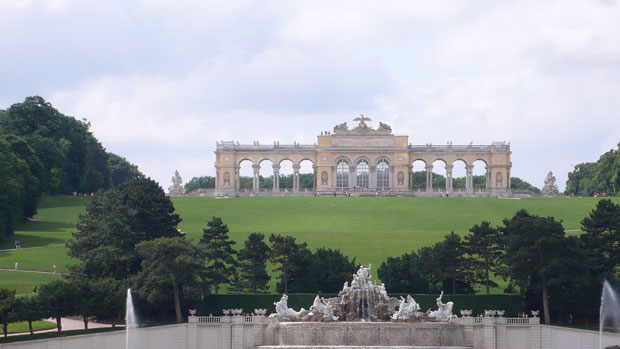 Gloriette at Schönbrunn Palace, the Habsburgs’ rococco summer residence, completed in 1643 and home of the famous Empress Elizabeth alias Sisi