Flying Across the World Today

Posted on September 11, 2012 by Rosemary Kneipp

I mentioned in a previous post that the time it takes today to go from Paris to Sydney has shortened considerably over the last 30 or 40 years, going from 36 hours to about 20. And that’s not the only thing that has changed ! The inflight amenities have gone ahead in leaps and bounds. When I first started travelling, you got to see an occasional movie on a large screen at the front of the cabin. Sometimes there was a problem with the video and you certainly couldn’t choice your programme. You could get 7 different music channels but no TV. 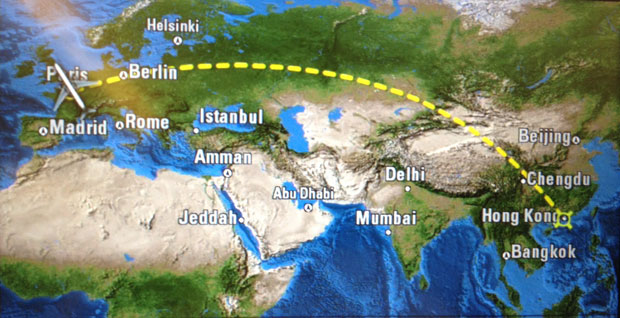 Here we are today, on a Cathay Pacific B777-300ER aircraft, each with our own individual monitor. I have a choice of 41 different movies. I have 24 TV channels with goodness knows how many choices of programmes and more movies (a rough guess would be 300 to 400). I can play chess, solitaire or sudoku. If I were a kid, I’d have my own movies, TV shows and games. I do have to speak English of course. Poor Relationnel has a very limited choice. But that’s OK, he can read the guide book to Hong Kong instead. 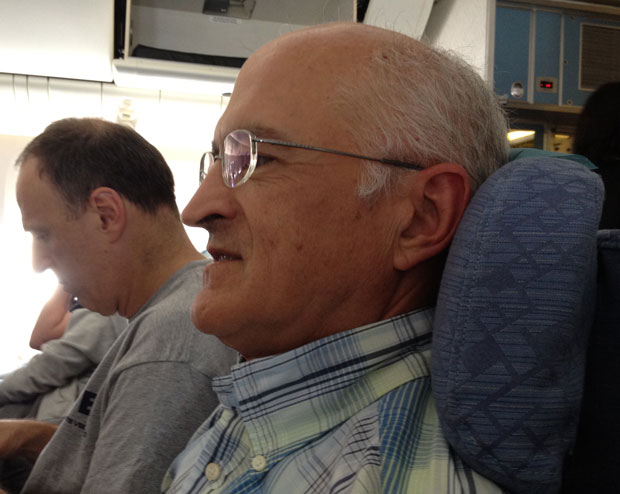 Headrest with wings to lean your head on

The back of the seat has a head rest with “wings” for extra comfort though the very loud lady on the other side of the aisle has her own version of comfort. There is less leg room, regrettably, but the seat is comfortable, unlike some I travelled on when I was younger when the springs seem to have been the worse for wear. Sleeping was a challenge. 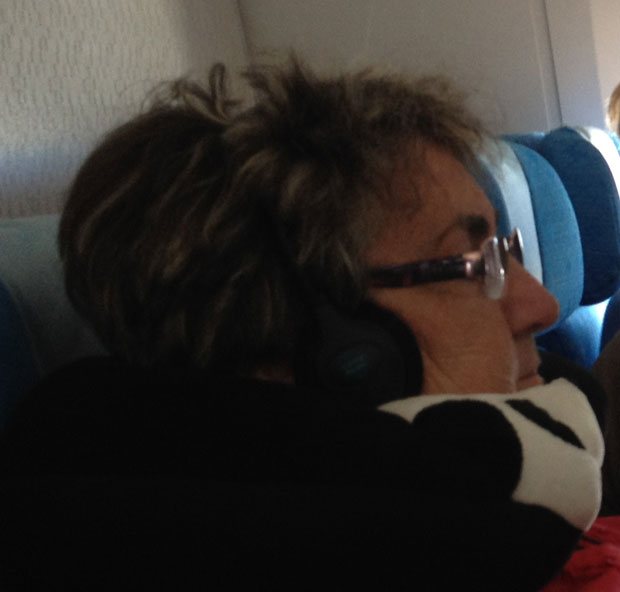 But the great novelty today is an “outside camera” under the belly of the plane that allows us to see beneath. On the runway, we could see the wheel whizzing along a yellow line. As we took off, we could see the fields below. Now that we’ve reached cruising speed, we can see clouds beneath us. I’m hoping we’ll have this as we fly over the Australian desert on the next leg of the journey. 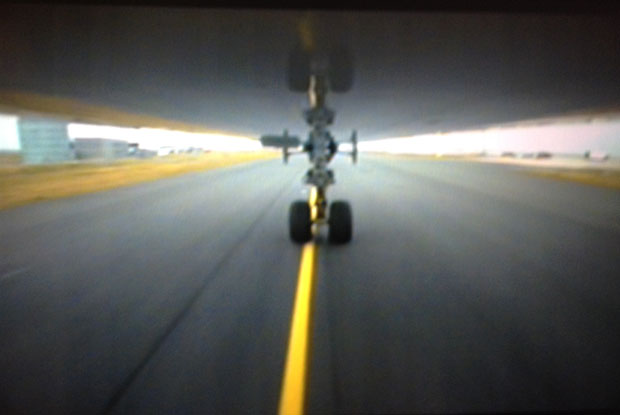 Outside image of undercarriage

Another thing that has changed drastically over the years – fortunately in my view – is the unlimited alcohol that used to be served on board, with the obvious excess that made travelling difficult if you were anywhere near the over-consumers. Not to mention the state of the toilets … On Cathay Pacific you get a before-dinner drink and a glass or two of wine or beer with your meal and nothing alcoholic in-between. 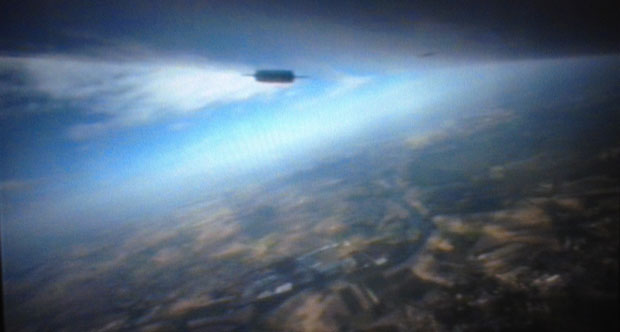 Outside image showing land beneath

I’ve been travelling across the world since 1975 and have had a few unfortunate experiences along the way. The worst was probably in 1980 when Leonardo was 13 months old and crawling. It took us 50 hours to go from Paris to Townsville. When we were near Muscat in the Sultanate of Oman, we had a problem with the landing gear and had to backtrack to Bahrain to get it fixed. We spent long hours in the airport , a hotel room and on the tarmac. We couldn’t land in Sydney because of the curfew so had to go to Melbourne. There the ground staff was on strike so we had to wait for hours to get our baggage. The only one not in a frazzle when we reached our destination was Leonardo ! Fortunately I was still breastfeeding him at the time so didn’t have to worry about finding suitable food and water. All I needed were enough nappies ! 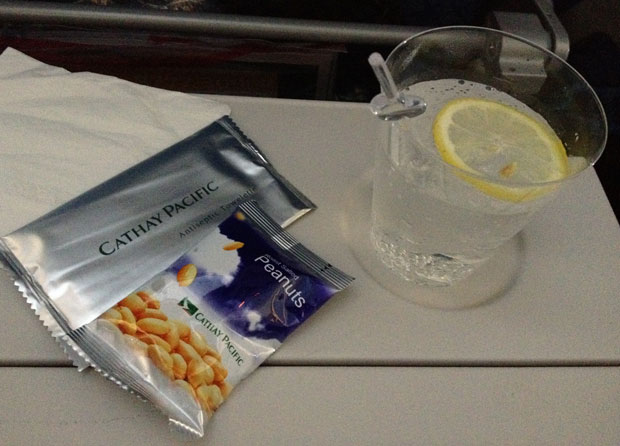 Our traditional gin & tonic and peanuts when flying

Time to go! Our traditional on-board gin and tonic with peanuts is about to arrive!

This entry was posted in Travelling and tagged long-haul flights, outside camera. Bookmark the permalink.

6 Responses to Flying Across the World Today