Paestum, which is about 85 K southeast of Naples, is the home of three major Greek temples dating from the first half of the 6th century B.C., two dedicated to Hera and one to Athena. We were there in early June 2010 and it was one of the highlights of our trip. It’s also known for its painted tombs and the museum near the temples contains frescoes, statues and earthware taken from the tombs. We also had an unforgettable meal in a somewhat non-descript restaurant nearby. 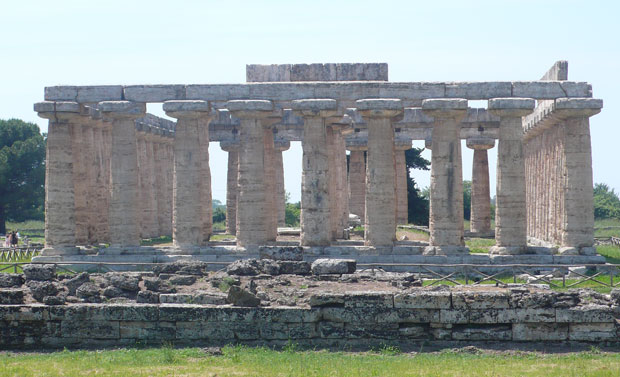 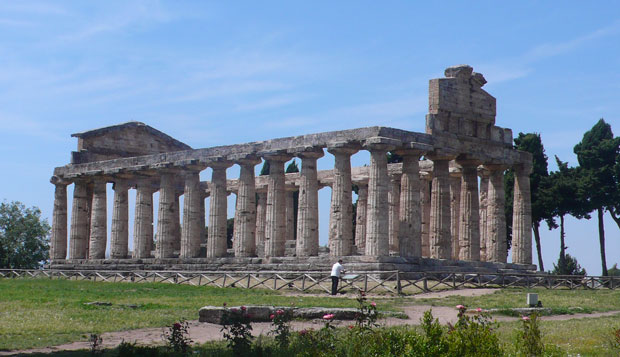 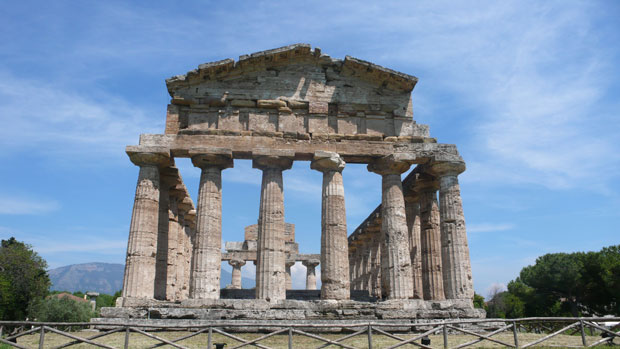 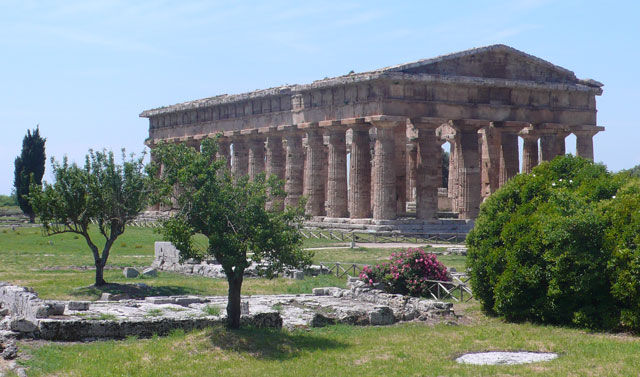 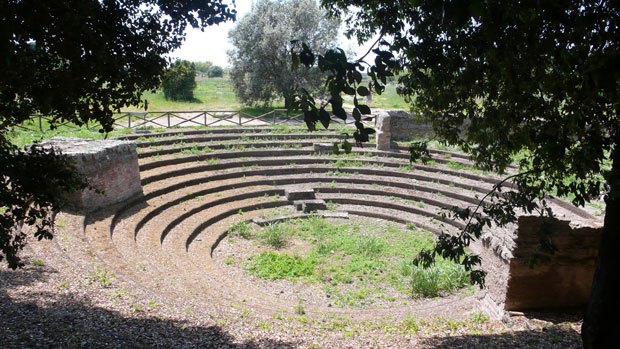 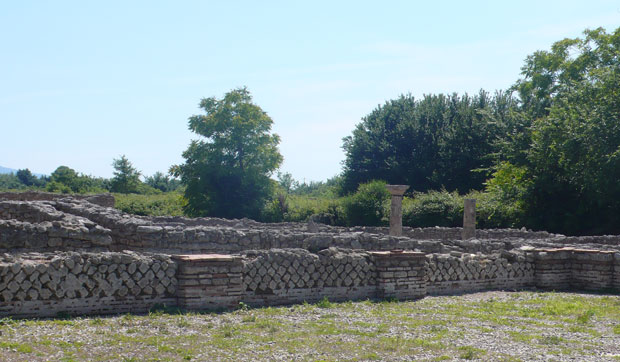 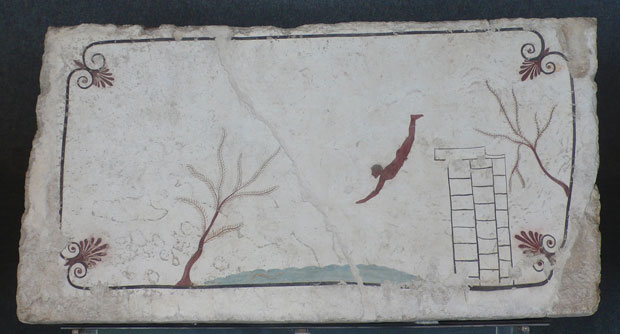