This Wednesday’s blogger round-up starts with Mary Kay from Out and About in Paris, giving us tips for visiting Venice during the high waters that regularly flood the city (I’ll let you discover her other posts on the same subject); Susan from Days on the Claise shares a more scientific approach to mushroom collecting while Andrea from Rear View Mirror gives an excellent rundown on motorway tolls in the different countries of Europe. 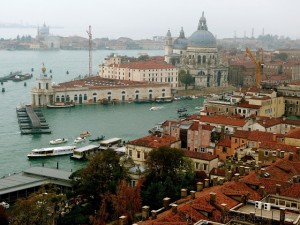 Now that my feet are dry and I have access to a reliable internet connection, I’ve thought of a couple of tips in case you’re ever on holiday in Venice during acqua alta (“high waters”).

Fashion: Whether you’re a hairstylist working in a flooded salon or a couple of hipsters, Wellies are a must-have item when water from the Adriatic Sea flows into the streets of Venice. This new trend has reportedly spread to France because alert fashionistas spotted a large number of people wearing rubber boots as they disembarked from an EasyJet flight arriving at Paris Orly Airport late last night. Read more

by Days on the Claise, an Australian living in the south of the Loire Valley, writing about restoring an old house and the area and its history 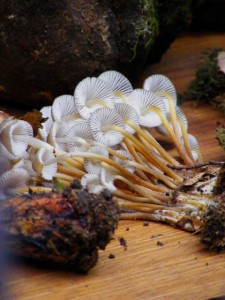 This is Part II of an account of an outing to the Foret de Loches by the Association de botanique et mycologie de Sainte-Maure-de-Touraine. Part I is here.

According to Jean-Pierre, we may be in for a very good fungi season. In the autumn following a hard winter or a prolonged period of dry, the mushrooms are often abundant. Since we have had both this year, perhaps we should expect to be overwhelmed by fungal fecundity! Read more

by Andrea from Rear View Mirror (formerly Destination Europe), a fellow Australian who, after 6 years of living in France, has given up herParis apartment to live a nomadic life slowing travelling around Europe, experiencing each destination like a local.

If you plan on driving on major highways around Europe be prepared for the added cost that often comes with it. Many countries charge a toll for their use and this is either paid at a toll booth or with a vignette/sticker which you stick on your windscreen.

Toll booths are surprisingly quick to pass through, provided you aren’t driving during peak time like when the August summer holidays are on. There are a few options when it comes to which lane to choose:

This entry was posted in Italy, Loire Valley, Mushrooms, Sightseeing, Travelling and tagged days on the claise, out and about in Paris blog, rear view mirror. Bookmark the permalink.