A Disappointing Restaurant in Blois

When my Australian friends Mei Lun and Alain were staying at Closerie Falaiseau recently, they wanted to try out a restaurant in their guide book called “Le rendezvous des pecheurs” which means “The Fishermen’s Rendez-vous”. As it turned out, we didn’t go there for various reasons but had an enjoyable evening at “L’Embarcadère” instead. 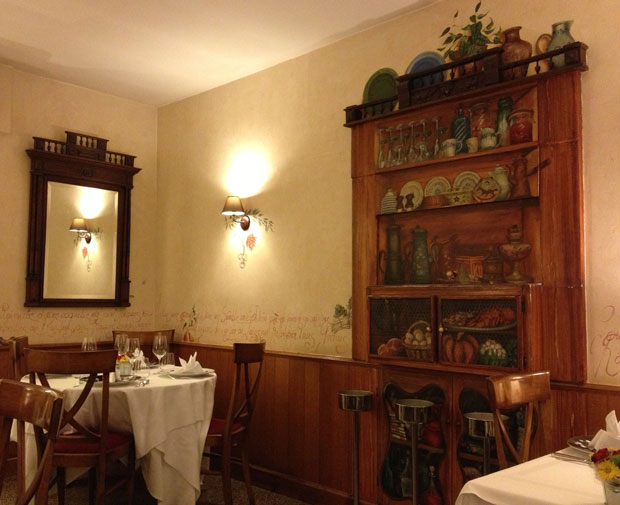 However, after a hard day’s work last Friday, I suggested to Relationnel that we go there for dinner. We had been some years ago and could remember the very attractive setting, but not the food.  I booked a table for 8.30 and off we went.

It was a cold, windy night and when we arrived, only one table was occupied, which was a bit worrying. We were taken into the second room by a friendly waitress.  The restaurant used to be an épicerie or grocery store and bar frequented by the local Loire fishermen and the original counter is still there, decorated with a trompe l’œil dresser. Written aound the walls are quotes from menus. 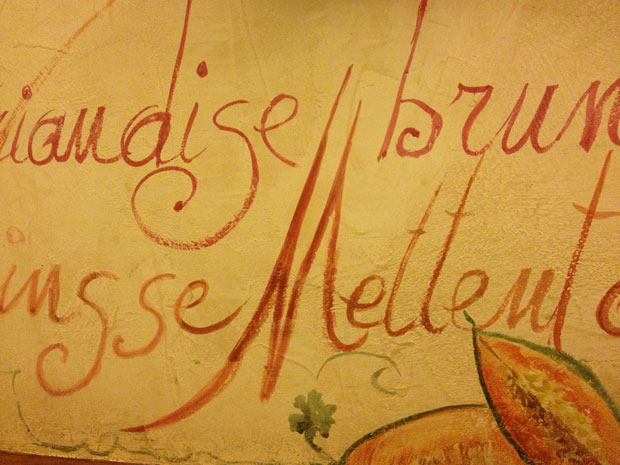 Quotes from menus on the walls

We rashly asked for champagne (I say rashly because we forgot to check the price first!) then ordered from the menu. Rationnel had  lobster with ox cheek  stew (which I personally didn’t like) but he said was tasty and chose pike for his main course, while I took what I thought was foie gras for starters followed by sea scallops. 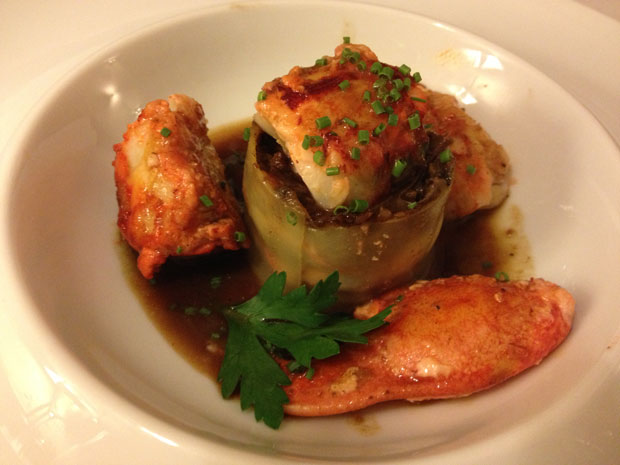 The chef obviously likes experimenting but he has not succeeded in “awakening the taste buds” as you would expect in a gastronomic restaurant. The foie gras was actually the best thing I ate, but it was not foie gras; it was mixed with something else. In fact, that was true of everything we had.  The scallops were not whole scallops and the pike was actually a quenelle. 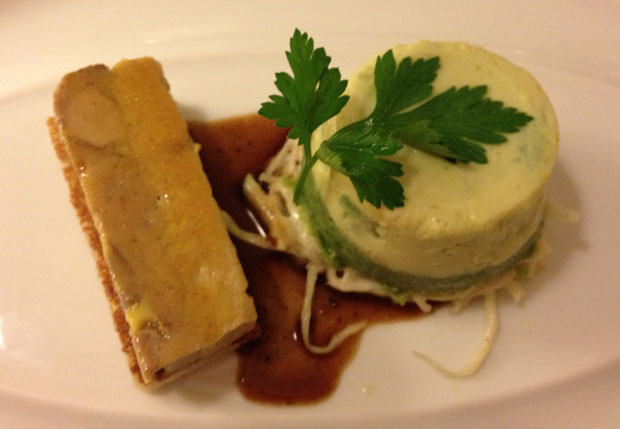 We decided not to have dessert or coffee. Our champagne (one glass each) and local sauvignon (also one glass) plus starters and main course came to a whopping 165 euro.  Had we enjoyed the meal, we wouldn’t have minded. But we were more than disappointed. Only one other couple came in during the whole evening  which is not surprising. I don’t know how long the restaurant can last but I won’t be going back!

This entry was posted in Loire Valley, Restaurants. Bookmark the permalink.