I don’t know how long I’m going to survive my inability to make cappuccino without having a nervous breakdown. This probably says a lot that I don’t want to know about my character, particularly at my age when there’s not much hope of making any appreciable improvements. 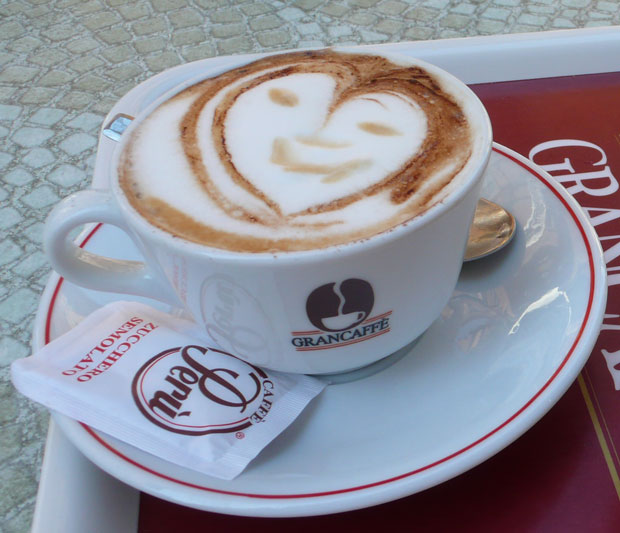 Cappuccino at Alfreddo’s in Rome

I spend every solitary meal (Relationnel has gone back to Paris for a day or so) watching cappuccino videos on my iPad in English and in French made by people who get it right every time, each using a different method. Just to depress myself further, I watch cappuccino art videos as well which show how to make dragons and butterflies with rich creamy foam that appears like magic. 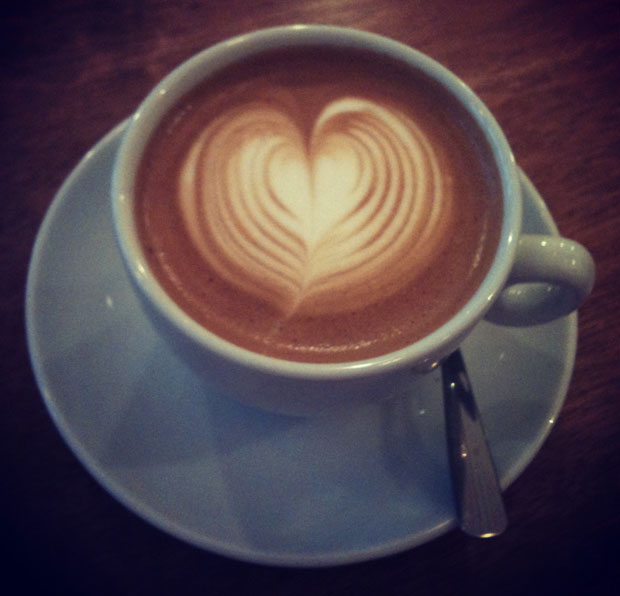 I don’t of course have a suitable jug because it’s in my missing suitcase so I’ve ordered two new stainless steel ones from a specialist coffee accessory website. I check every couple of hours to see the progress of the parcel as it winds its way across France. I’m a little worried though that once I get the jugs, I still won’t be able to make the milk froth properly. 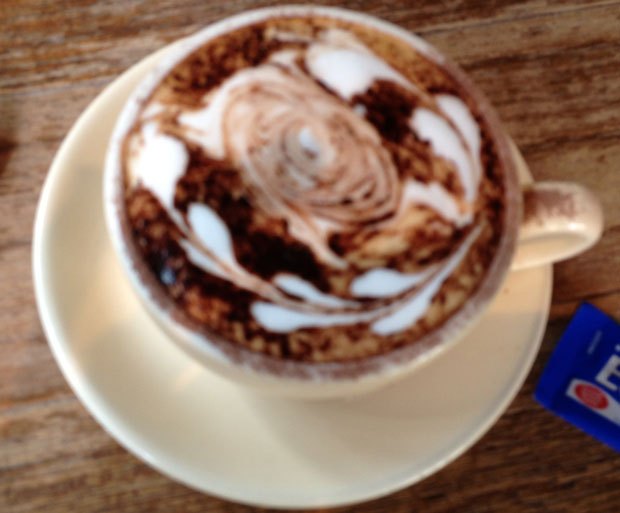 However, I’ve now found a coffee forum where professional baristas complain about not being able to make a proper cappuccino. I don’t know whether that is a good or a bad sign but I have learnt from them that frothing milk varies with the type of coffee machine which partly explains all the different methods. 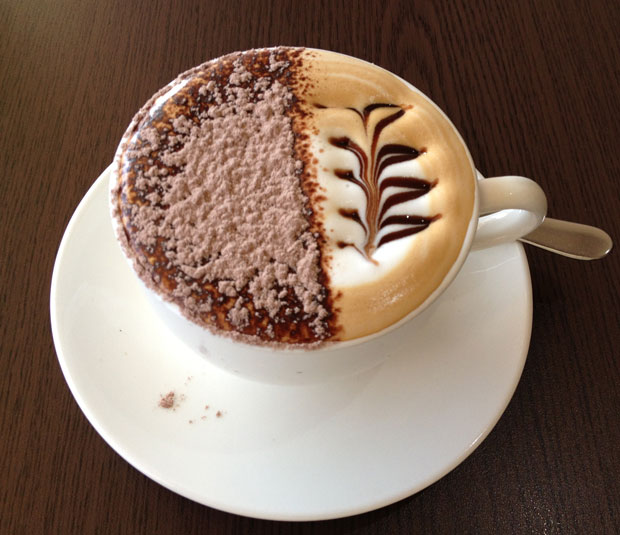 Cappuccino on the Gold Coast, Australia

What is even more depressing is that I don’t even manage to make decent coffee every time with my outrageously expensive machine and I haven’t even tried grinding the coffee beans with it yet ! Before, I had a cheap-O one we bought (first-hand mind you) in a “quick cash” shop which at least systematically made good coffee. 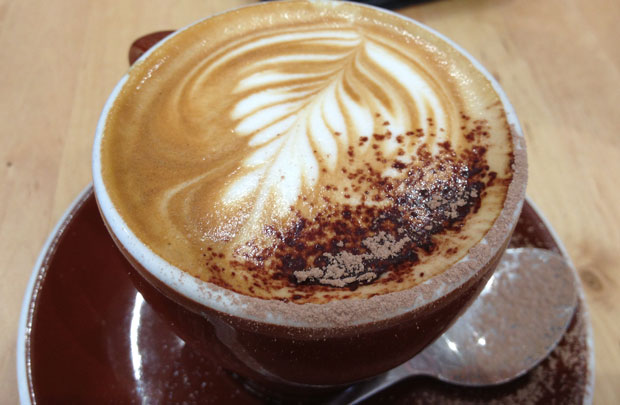 It came however with a basic airtightness defect which Relationnel solved initially but it eventually leaked which makes it a little dangerous. I was convinced that its cheapness was responsible for my not being able to make creamy froth. I was wrong. What I’m making now is much worse. At least I used to get it averagely thick most of the time with the old machine. 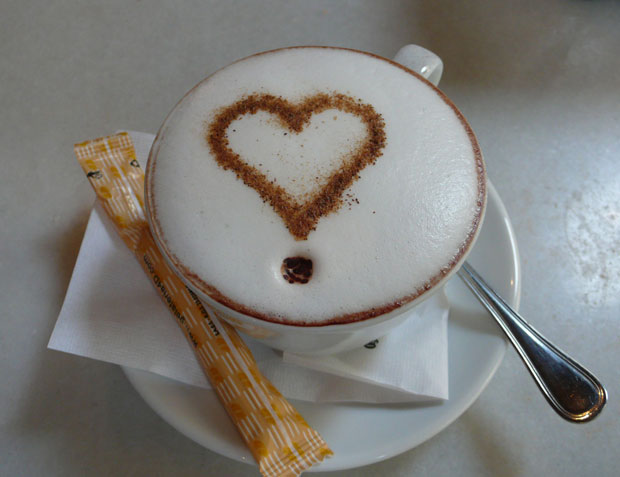 It is obvious to me that it’s like mayonnaise. The day you understand what you’re really doing, you always get it right, regardless of the time of the month, as many French people believe. I need to see someone do it properly and practise until I get it right. I just tried three times in a row, to no avail. On the coffee forum, they tell you to use a large jug that’s been in the freezer so that you have more time to get the foam going. 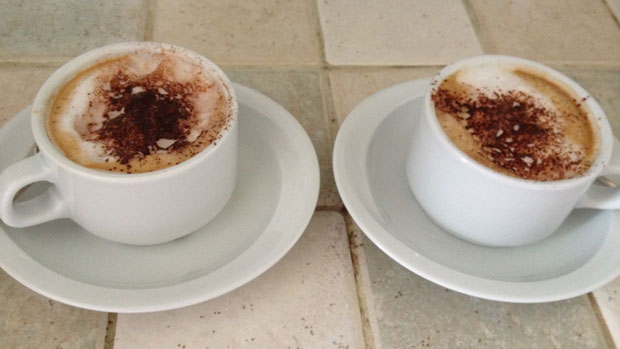 Sort-of-cappuccinos with my cheap-O machine

Of course now I’m afraid my jugs aren’t big enough. I’m hoping the parcel delivery man will turn up soon and put me out of my misery. I also have to buy more fresh milk which means driving 5 K to the supermarket. Sigh.

This entry was posted in Food and tagged cappuccino. Bookmark the permalink.