We went to Rome in August when all the Romans flee the city, of course, to places like the Tivoli Gardens, because it’s too hot. The only way to survive was to get up early then go back to our air-conditioned apartment for a long siesta before venturing out again in the late afternoon. Not surprisingly, one of the greatest attractions were the fountains. Below are my favourites, some of which I can locate, others not. Maybe someone can fill in the missing information. 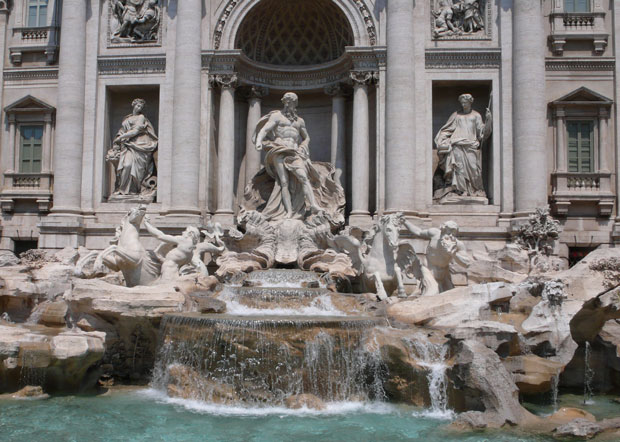 Let’s start with the Trevi Fountain! 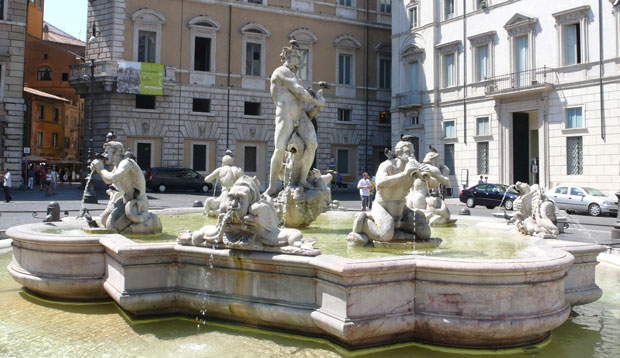 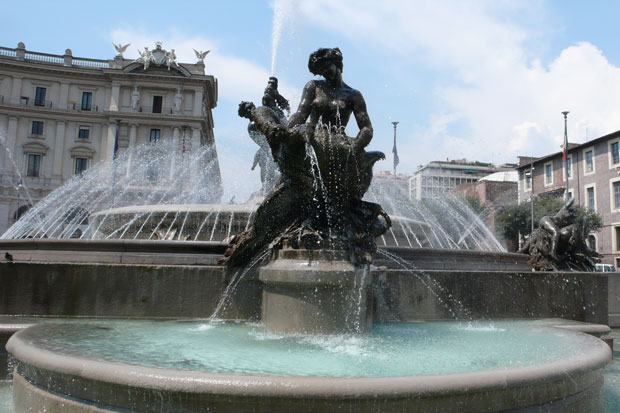 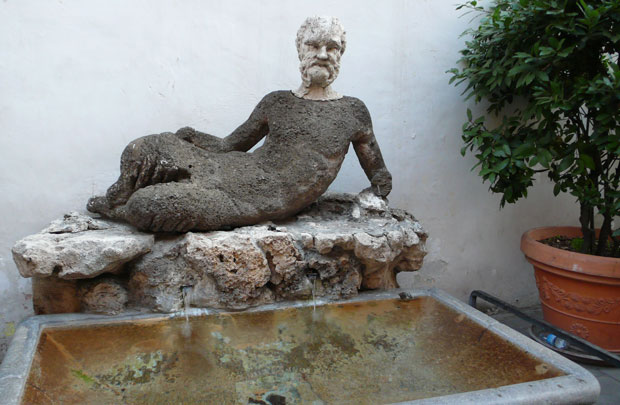 Il Babuino “The Baboon” in via del Babuino depicting a reclining Silenus, a character from Roman mythology, half-man,half-goat. 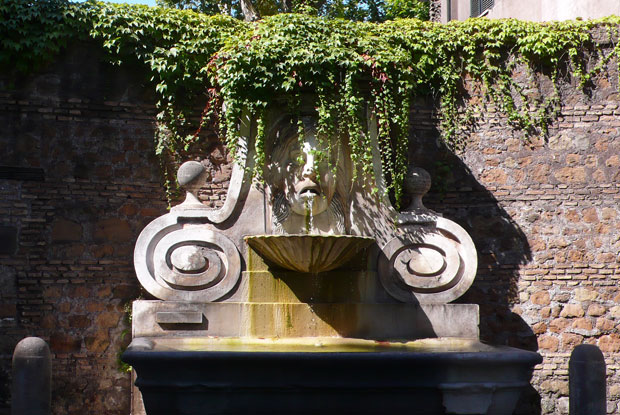 An ivy-covered fountain on the way to Alfreddo’s! 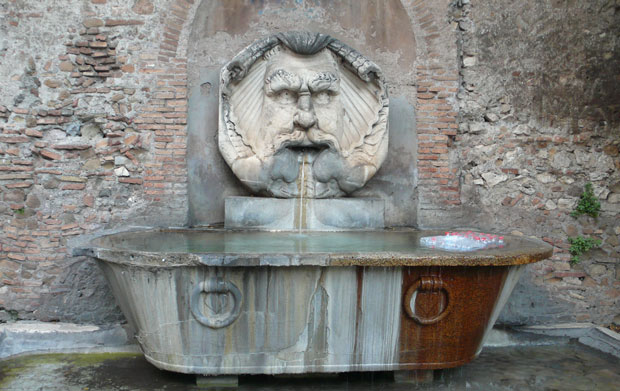 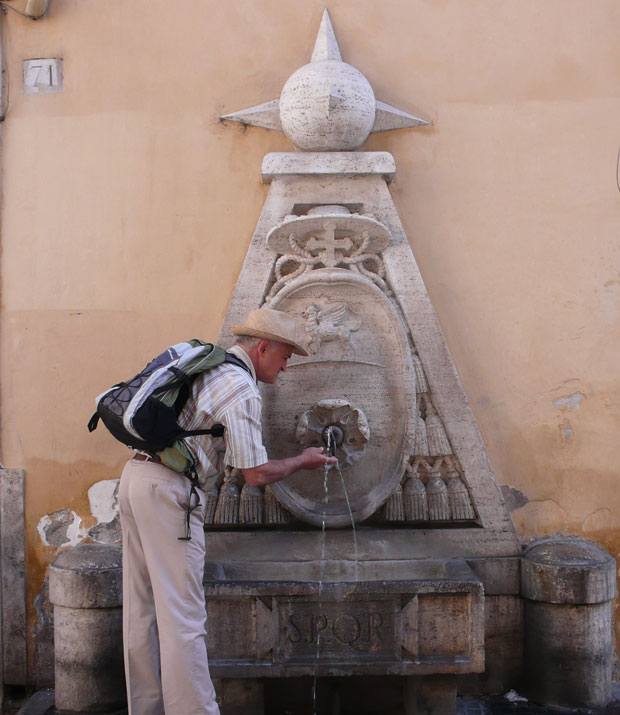 You have to put your finger under the lower spout to make the water spurt up through a hole higher up. 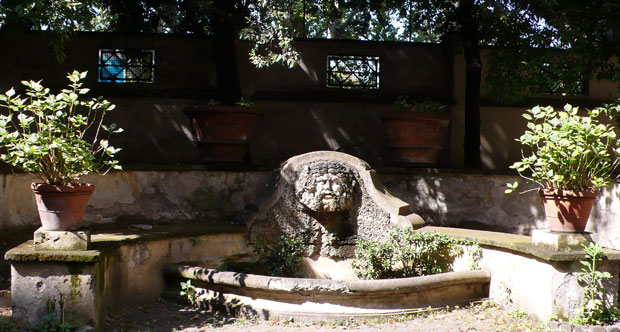 A fountain in a lovely shady spot 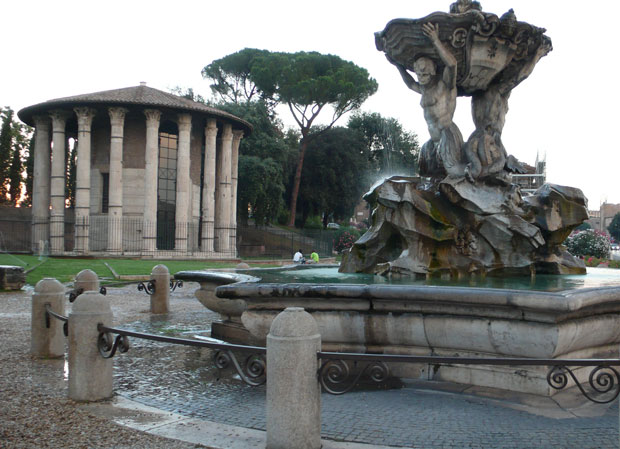 Fountain and Temple of Hercules Victor in the Forum Boarium 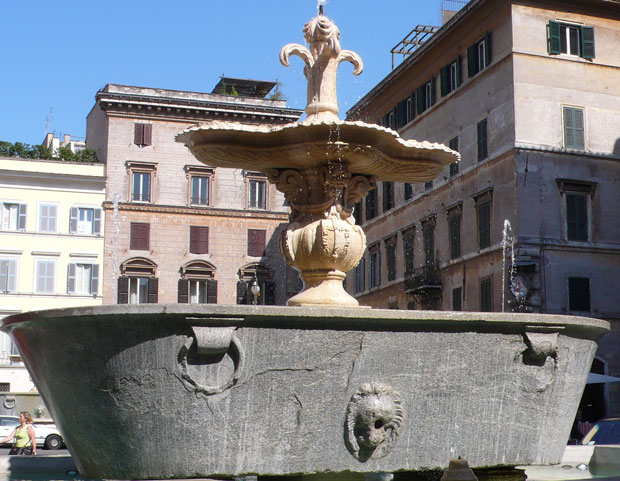 And here we have the bathtub fountain, but that’s not it’s real name!

This entry was posted in Architecture, Italy, Travel photos and tagged fountains, Roma. Bookmark the permalink.