The last time we went to London, it was August, but the weather was not brilliant, as usual.  We stayed in Greenwich overlooking the Thames so most of my photos are understandably related to the river. The first time I went to London, in 1975, on my way to France, I adored it. It was like being on a Monopoly board or reading a Victorian novel. But then I went to live in Paris and London somehow lost its attraction. It has changed considerably since then and, except for the irrisistible Big Big, these photos reflect those changes. 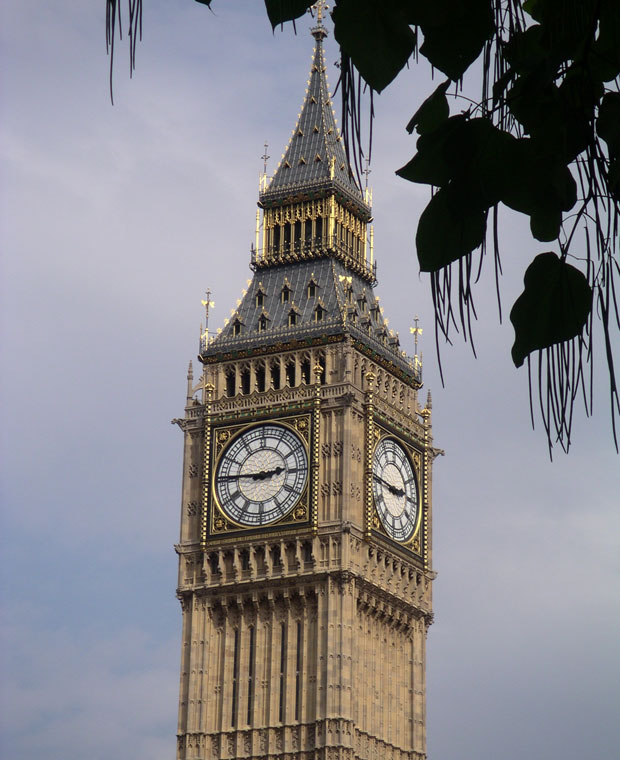 Big Ben in all its finery 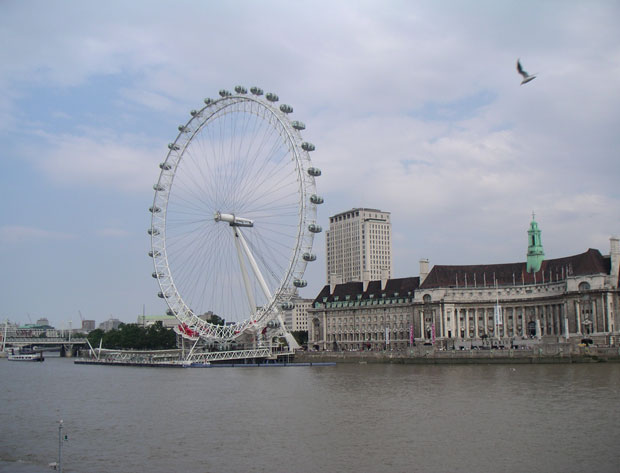 Once the London Eye, now the EDF Energy London Eye

The London Eye, or Millennium Wheel, was officially called the British Airways London Eye and then the Merlin Entertainments London Eye. Since 20 January 2011, its official name is the EDF Energy London Eye following a three-year sponsorship deal. I didn’t go up, even if it looks exciting! 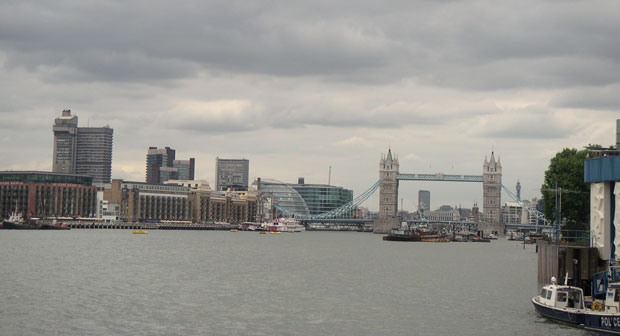 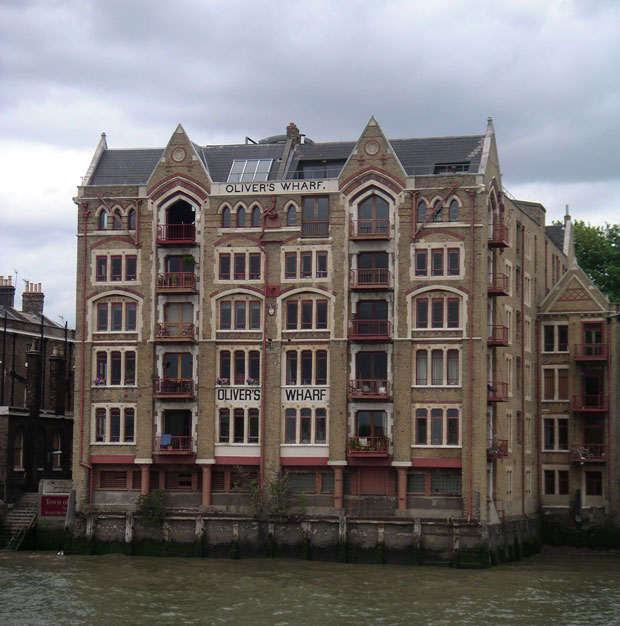 Oliver’s Wharf was built in 1869-70 in the Tudor gothic style to handle general cargo and, more especially, tea. Bought by developers in 1972, it was converted into twenty-three very expensive luxury flats. 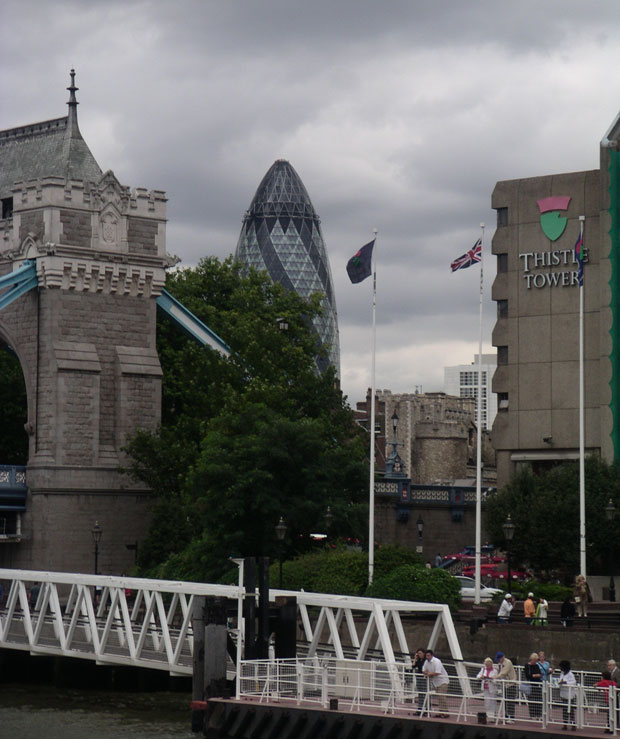 On the banks of the Thames near Tower Bridge 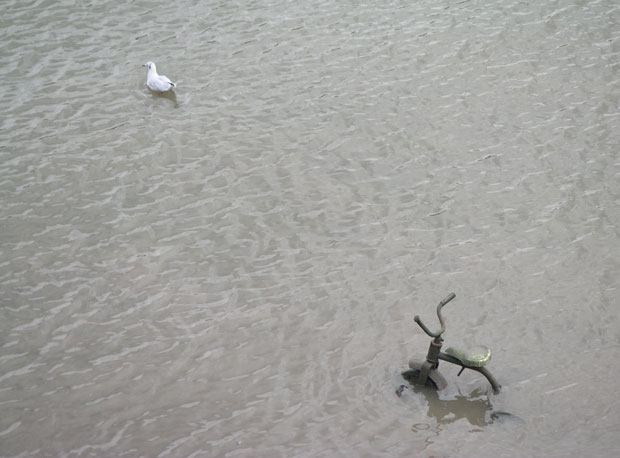