One of those nights!

Relationnel is on call this week. The reason we live in the Palais Royal is not because he’s a wealthy banker or some such thing. About 4,000 people work in the French reserve bank (Banque de France) that occupies the block of buildings across the road from us. Because of the xxx hectares of gold bullion underground, the technical installations such as the heating, air-conditioning, power generators and IT installations, have to be working at all times, so a team of 8 people (4 for heating & air-conditioning, 4 for power) is on roster during weekends and evenings and need to live close by. Relationnel is one of them. 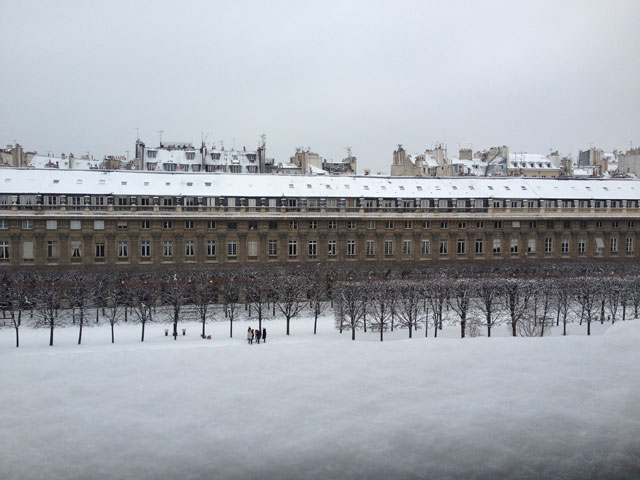 Snow on the balcony balustrade

So we go to sleep on Monday night around 11 pm, which is early for us, and his beep goes off at 12.09. Fortunately, he is able to deal with the problem remotely from the computer but by the time he comes back to bed, we’re wide awake. We eventually turn off the light.

Some time later, “Are you sleep?” he says, which immediately wakes me up. “Your phone keeps making noises. Can’t you hear it?” I listen for a while and eventually hear a sort of little ding-a-ling. I go and have a look. I make sure my landline is firmly on its base and go back to bed. By then, I can detect a powerful smell of gas. Relationnel goes downstairs to see where it’s coming from (we don’t have a gas connection so it can’t be us) and comes back to tell me he’s opened the window on the landing and that it’s disappearing. 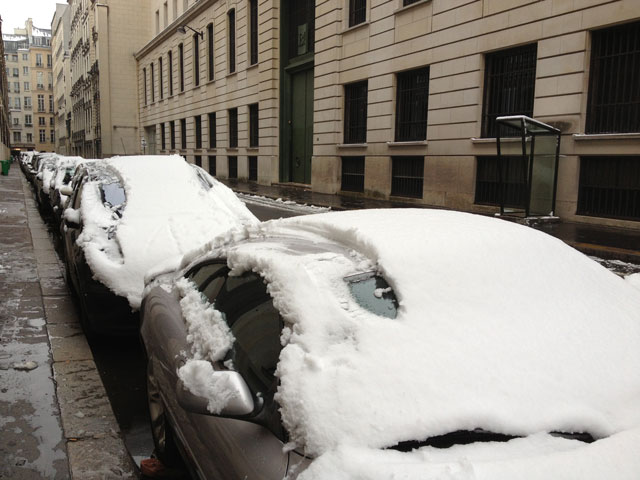 Snow on the cars in our street

By then, the entire bedroom is invaded but it’s pointless opening the window because it’s worse outside. I lie there resisting sleep just in case I die from gas poisoning which is something that happens in this country, mainly due to faulty gas installations. Relationnel starts snoring lightly. Then the ding-a-ling starts again.

I dash into my office and frantically dismantle the phone. The ring continues. I go and wrap the phone in the throw-on rug in the living room and close the door. I go back to bed. The ding-a-ling continues. I realise it must be the other landline, the one the firemen at the bank use to ring Relationnel when there’s an emergency. So I can’t do anything about it and I can’t close the door either in case the phone rings. 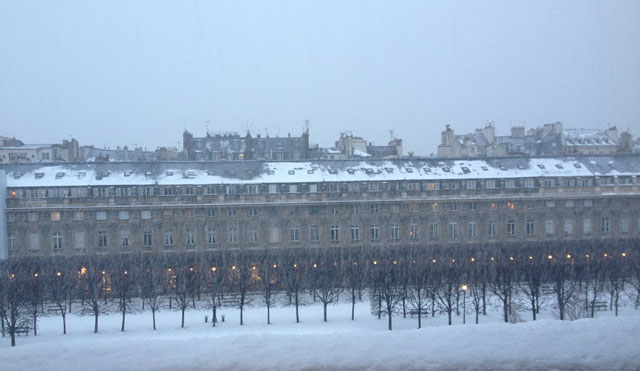 I go back to bed. Fortunately the smell seems to have disappeared (or maybe I’ve got used to it, which is even more worrying). I read my Kindle for a while using the little clip-on light and eventually drift off. I don’t hear Relationnel get up at 6.45 but at 8 am, on the dot, I’m wrenched from sleep by a loud pumping noise in the normally quiet street below. I can’t believe it. Once a year, they deliver heating oil to the bank for three hours and this is the day.

It turns out that the smell came all the way up the Seine from Rouen due to a leak at a chemical plant that makes lubricants and paints and is classified dangerous for the environment. It was mercaptan gas which has an odour of sweat, garlic and rotten eggs and is said to be harmless. I’m glad I’m not in Rouen. We know the plant, actually, from spending several Christmases in the area. We could often smell fumes. The gas was also blown over the Channel to England! It seems that the poor firemen spent all night reassuring frightened Parisians and Brits. None of us died in our sleep however and the mysterious ding-a-ling has stopped. 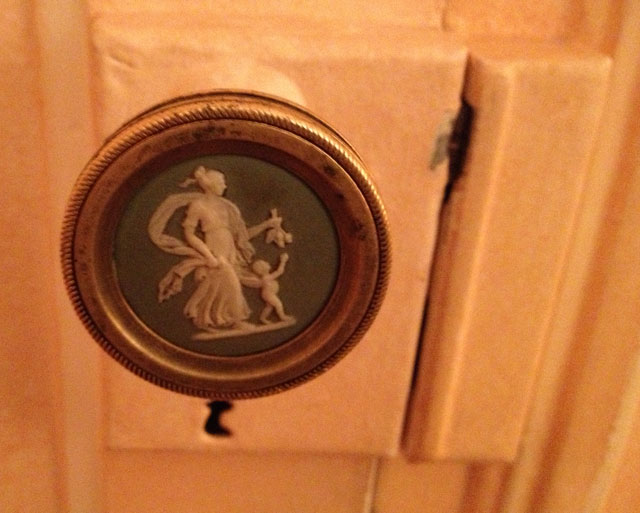 The stunning cameo on one of my friend’s doors

Oh, and I’ve only lost half a kilo this week, due to an excessively rich meal at a French friend’s house, particularly the tiramisu at the end which was so good that I had an unnecessary second helping. Sigh. It’s much easier to control what you eat in a restaurant.

2 Responses to One of those nights!