When we arrived in Barcelona on the Thursday before Ash Wednesday, we had no idea it was the start of carnival. Our first inkling was when we saw lots of school children in costumes near our appartment, but we dismissed it as some sort of very local festivity. However, when we went to the main food market next day – Santa Caterina – and saw geishas and cowboys selling fruit and vegetables, we realised it must be something bigger! On Saturday, we ran into Freddy Flintstone and Superman pushing strollers with diminutive Princes and Zorros. On Sunday, we happened to run into the parade as it left Santa Caterina. 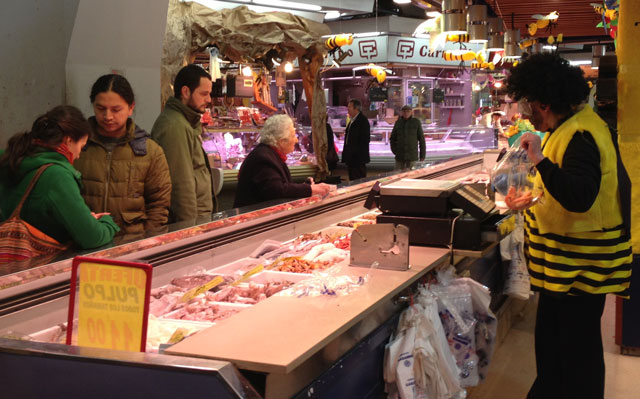 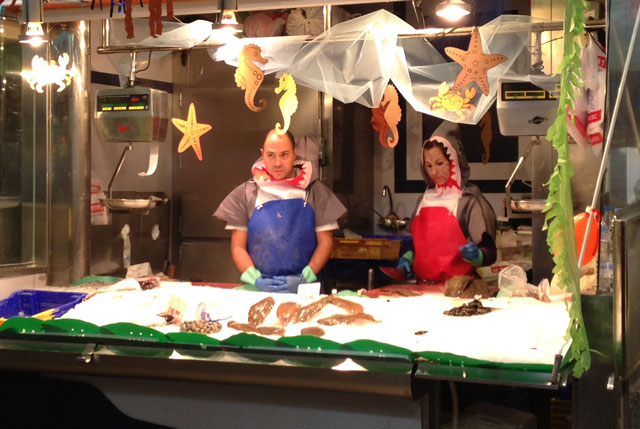 My fishmongers in Paris would never dress like this! 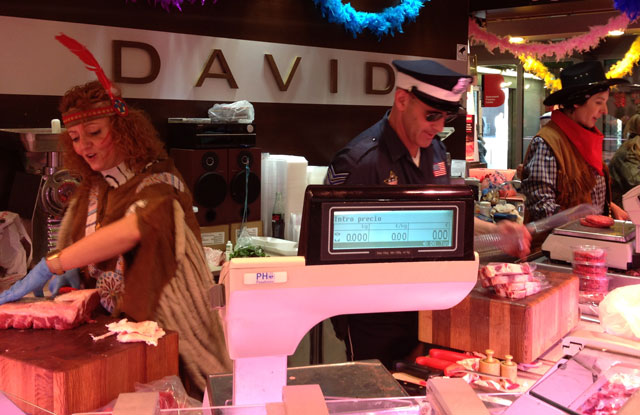 This group was singing country & western songs with great gusto 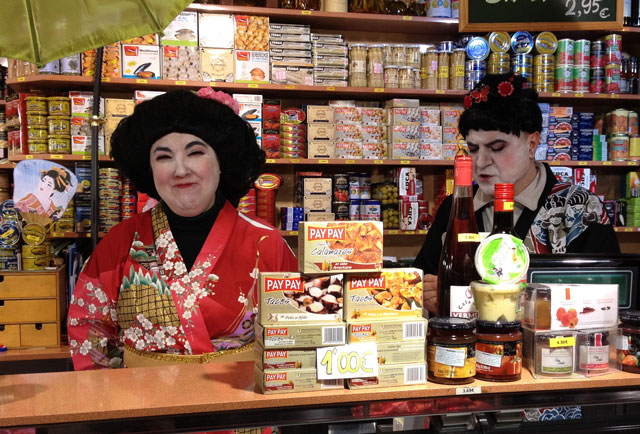 But these were my very favourite of all! 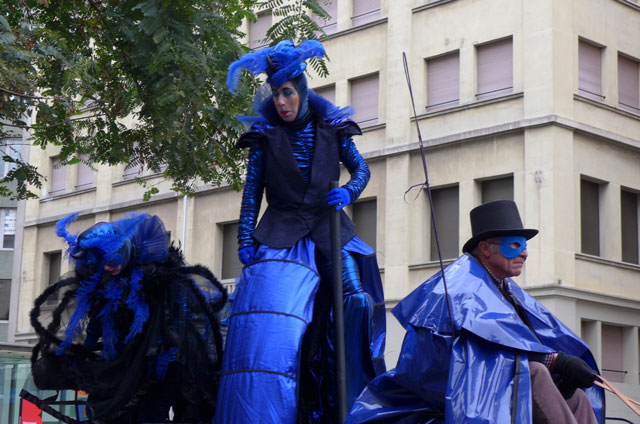 Each float had a colour theme 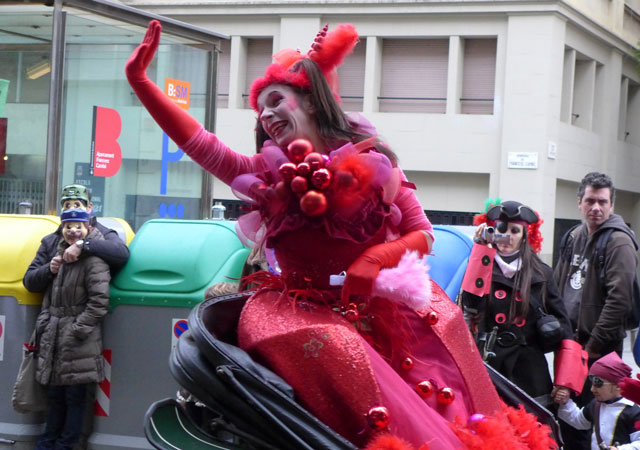 A woman and masked driver lead each “colour” 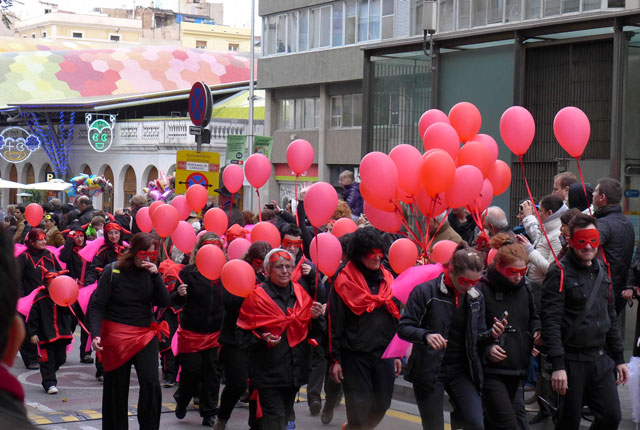 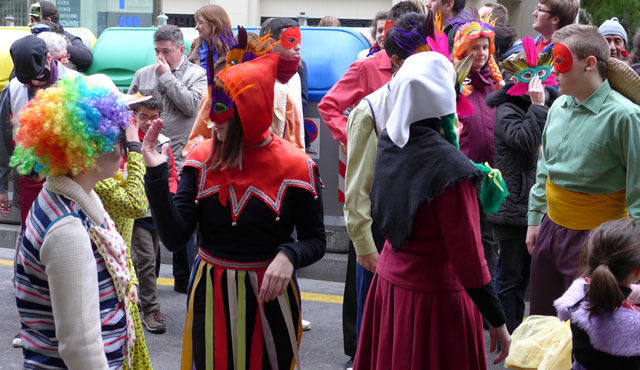 But sometimes they were completely disparate 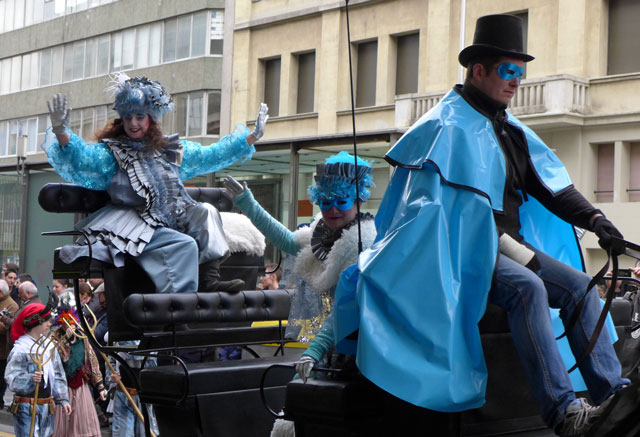 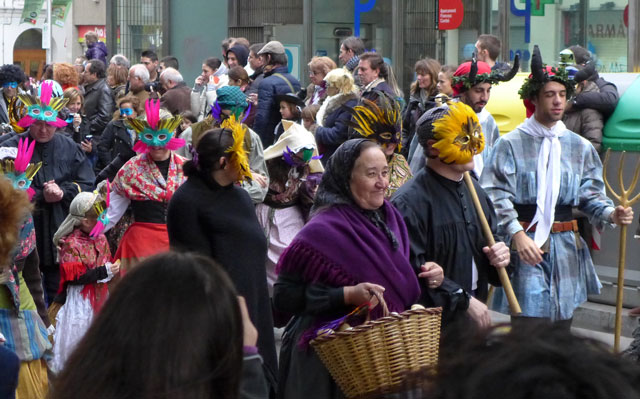 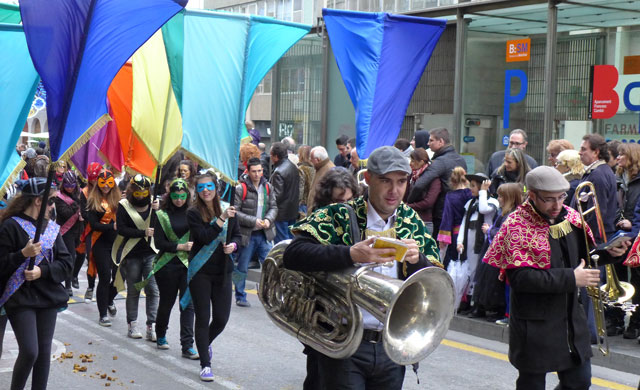 Inbetween the carriages were various bands and flags

This entry was posted in Spain and tagged barcelona, carnival, Santa Catarina market. Bookmark the permalink.