Posted on February 6, 2013 by Rosemary Kneipp

On the way to the Sainte Eustache market on Sunday,  delighted to have sun at last, we walked past a garden bed of primroses. I couldn’t believe it! The vendors at the market were bright and cheery this week as well. It’s amazing what a little sun can do to the morale of the population in the throes of winter. 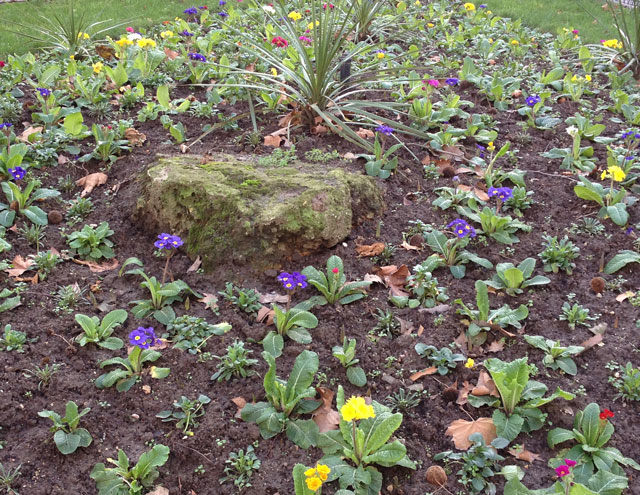 However, by 3 pm, when I joined my Australian cousins from Armidale who are visiting Paris at the moment, the sun had disappeared and it was biting cold. We met up in a café just near Paris’ beautiful Gothic town hall and I suggested that even if they were stilling feeling a bit cold, it would be better to remove their anoraks inside so that when they went outside again, they wouldn’t feel the cold as much. 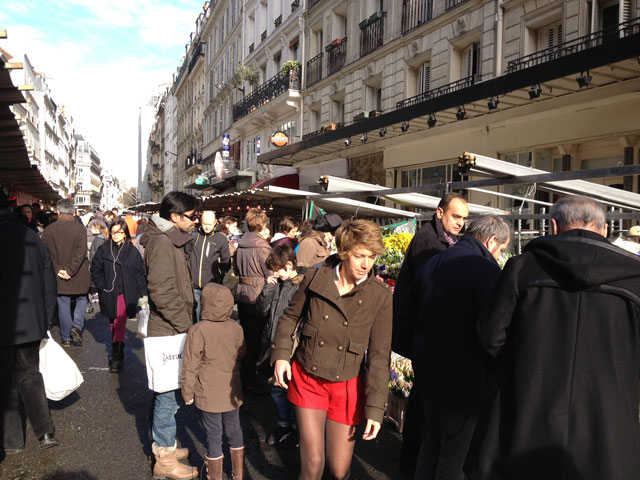 Sporting shorts at the market despite the temperature!

When we came out, we could see the newly renovated golden spire of the Conciergerie in the background. We crossed the bridge towards Notre Dame where I was surprised to see a grandstand, then I remembered the bells. Notre Dame is celebrating its 850th anniversary this year and one of the major events is a new set of bells. 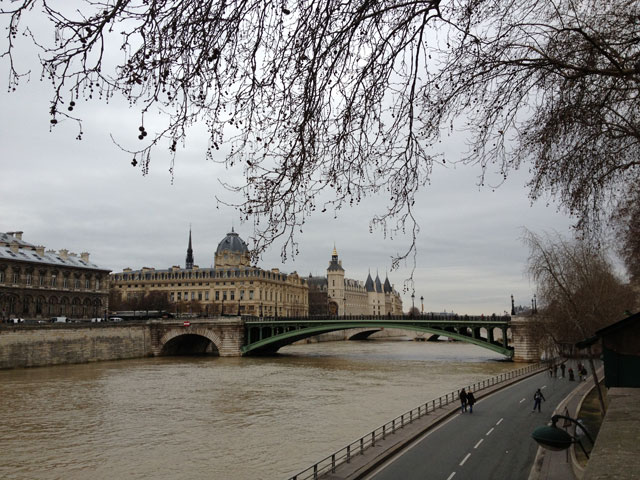 Conciergerie in the distance with its golden spire

Marie, Gabriel, Anne-Geneviève, Denis, Marcel, Etienne, Benoît-Joseph, Maurice and Jean-Marie arrived in Paris last Thursday on two 43 tonne trailers from Villedieu-les-Poëles in Normady with a motor cycle escort. They’ll be on exhibit in the nave of Notre Dame until 25th February, which probably explains and longer than usual queue ! Their first peal is scheduled for 23rd March. 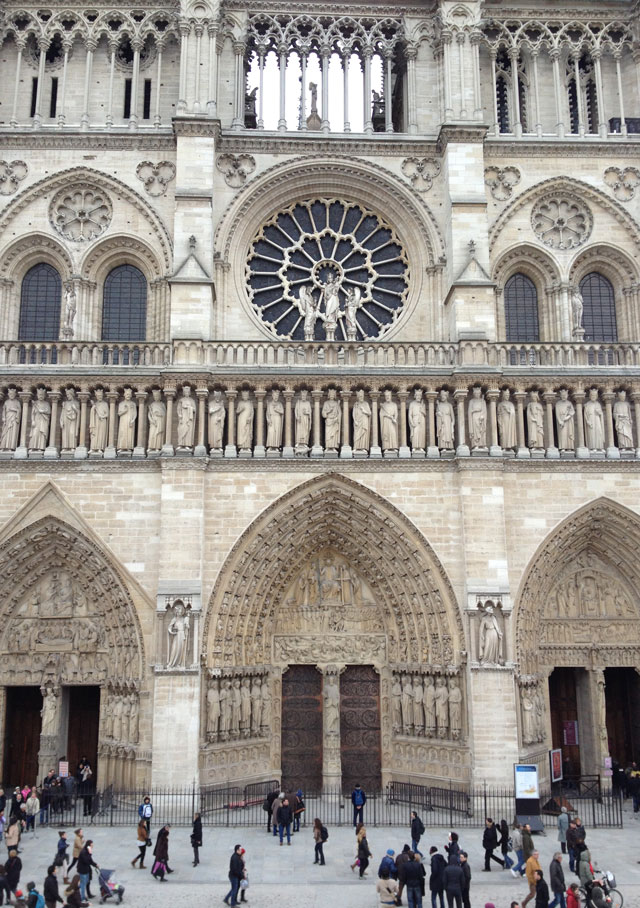 Notre Dame from the temporary grandstand

The grandstand, which can seat 800 people, is designed to offer visitors a unique view of the cathedral’s three porches and rose window, whose details are difficult to see from the ground. It certainly is spectacular although you can no longer stand back and fully appreciate its majesty. It seems that all sorts of sound and light shows are scheduled up until 24th November. I shall wait until it’s a little warmer and go and have a look.

This entry was posted in Architecture, Paris and tagged notre dame bells, primroses. Bookmark the permalink.