Why Inge Came to France

One of my greatest pleasures in teaching at the university in France was meeting young people from English-speaking countries across the world and learning about their hopes and aspirations. My French Life, the global community of French and francophiles connecting like-minded people in English & French, has just published my interview with Inge Laino, who is both tour guide and translator and manager of Paris Muse which gives private guided tours of Paris art museums. Enjoy!

Why Inge Came to France 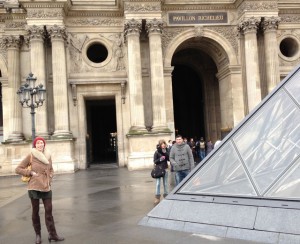 “I can say that I have accomplished most of what I set out to do: join the Peace Corps, go to Africa, live in France and master a foreign language.” I don’t think many people of Inge’s age could say the same thing!

A New Yorker from Queens; Italian on her father’s side and Flemish on her mother’s, Inge went with her parents and four older siblings on holiday to Belgium every year.  “I HATED it… I didn’t speak Flemish and I hated being in linguistic exile. Read more

One Response to Why Inge Came to France