Last Friday night when we still thought we might be able to have a fire in the renovated fireplace upstairs in Closerie Falaiseau, we thought we would order a fire starter on-line. We first became acquainted with the Cape Cod fire-starter, under the name of pierre à feu (fire stone) when staying in Valérie’s beautiful gîte in Mesnil Jourdain, which incidentally is no longer available for rental. 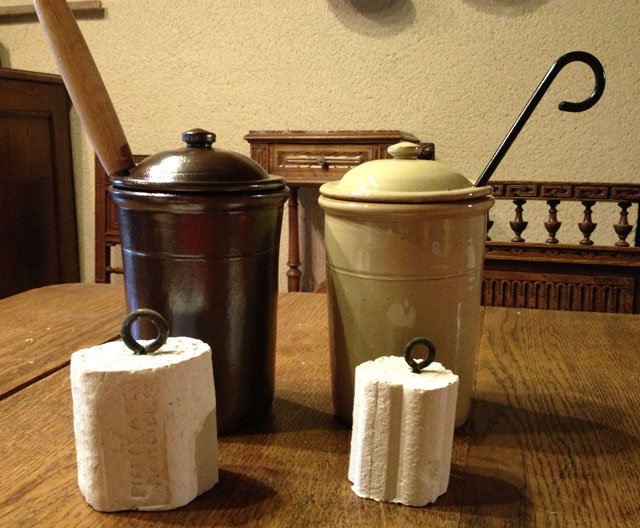 The principle is simple: a pumice stone soaked in lamp oil is placed under the logs in the fireplace and lit with a match. After 15 to 20 minutes, the stone is removed using a special hook and set aside. When it’s cool, it’s returned to its ceramic (or cast iron) pot. This eliminates the need to use newspaper (which is now coloured and no longer burns properly), small firewood or briquettes. Neither of us had ever heard of it before. I thought it might be French but Jean Michel couldn’t imagine rural France coming up with such an invention so I’ve tracked it down and discovered that it’s an American invention.

We found an on-line store (Roncier) and ordered one which we found quite expensive at 69 euro including shipping but when we tried to pay, my Visa card was refused. I tried another one card and it didn’t work either. After checking my emails to make sure the order hadn’t gone through, we went searching for another website. It turned out there is actually a huge choice of fire-starters and Roncier is among the most expensive! This time we chose a Turgis which costs 33,46 euro plus 10 euro shipping. The whole process must have taken about an hour! 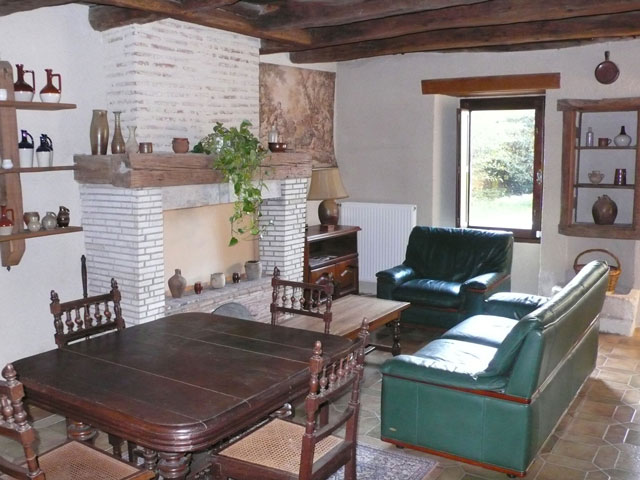 Next morning, I received an email from each of the websites saying my order had been registered. However, since Roncier said it would only be shipped when payment had been accepted, I wrote and cancelled the order. On Monday, I again received emails from both sites saying that the order had been processed and was on its way.

This morning, both turned up within a half an hour of each other, one  by carrier and one by post. When we didn’t answer the door bell straight away (do I dare admit we were both asleep?), the delivery man climbed halfway up one side of the fence, put the parcel over the top with one hand then used his other hand to lower it as far as he could on the other side, before letting it drop to the ground. Fortunately it didn’t break! By the time the postman arrived, I was dressed and could go and open the gate for him. 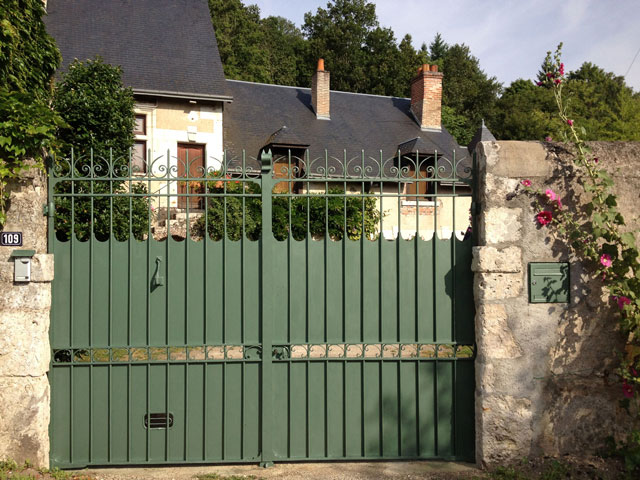 We can’t quite work out the 23 euro price difference although the more expensive one has a wooden handle which Jean Michel rather favoured until I pointed out that it looks remarkably like another type of recipient I know, so we’re going to put the one with the iron handle upstairs and the wooden handle downstairs where it will be less conspicuous.

So now we have four fireplaces, two fire starters and no fire.

4 Responses to Four Fireplaces, Two Fire Starters and No Fire