It’s Wednesday again already! Burgundy is a wonderful place to visit and Carolyn from Holidays to Europe gives us an excellent introduction to its charms. It has beautiful countryside, fantastic wine and amazing bike paths. Abby from Paris Weekender interviews Daisy de Plume of THATLou who organises treasure hunts in the Louvre. I haven’t had a chance to join her yet, but I certainly intend to. Susan from Days on the Claise tells us about surveying local butterflies in Touraine. That’s another thing I’d love to do. Her photos are bewitching. Enjoy!

The French wine region of Burgundy

by Carolyn, from Holidays to Europe, an Australian based business passionate about sharing their European travel expertise and helping travellers to experience the holiday in Europe they have always dreamed of 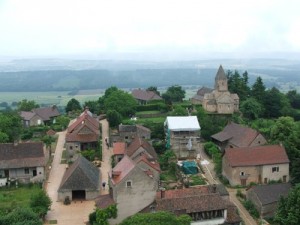 I had heard many a travellers tale of France; of the beautiful green countryside, fields of blooming sunflowers and red poppies, depending on when you travel, medieval buildings and ancient ruins, and produce as fresh as you will find anywhere; but after a few wonderful days in Paris, I have to admit I wondered would the French countryside reach the bar? We were heading to Chaudenay, a little village not far from Beaune, the regional capital of Burgundy, and we were in for a very pleasant surprise.

It wasn’t long after leaving the urban sprawl of Paris that rural France began to take its hold on us!  Yes, the countryside was green; yes, there were plenty of medieval castles and ruins atop hills; but there was also plenty more. Read more 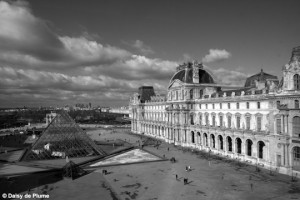 Many of you may already be familiar with Daisy de Plume from my post about the Treasure Hunt at the Louvre I enjoyed over the summer. Daisy is the creator of these amazing scavenger hunts, a unique and exciting way to visit this classic museum. But she has also been up to a whole lot more recently, including the launch of THATd’Or (Treasure Hunt at the Musée d’Orsay) and even the coming-soon THATMet – yes, you guessed it. Treasure Hunt at New York’s Metropolitan Museum of Art! So I asked Daisy to share with us an update on these exciting developments, as well as some background on her innovative creations. For more information on Daisy’s events, as well as the most current updates, I also invite you to visit her site: THATLOU.com.

The following is Part I of my interview with Daisy. Part II will follow next week! Read more

by Susan from Days on the Claise, an Australian living in the south of the Loire Valley, writing about restoring an old house and the area and its history, and running Loire Valley Time Travel (remember Célestine?) 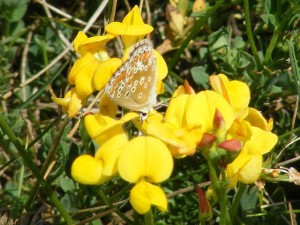 Just as I am gearing up to start surveying my local butterflies for 2013, waiting and watching for the weather to improve sufficiently to make it worthwhile, the official STERF report on last year’s national survey has landed in my email inbox…with a covering message from Luc Manil, who co-ordinates us STERFistes, saying ‘Don’t even think about going out and doing your first survey until the last 10 days of April. The weather forecast is awful and there will be nothing flying but those few species that hibernate as adults…’

The French national butterfly survey has been going since 2005. From an initial 14 survey sites it is now 215 sites. 44% are allocated randomly and can be anywhere within 10km of the surveyor’s home base, 56% are chosen by the surveyors (and are usually nature reserves). Last year both my survey sites were randomly allocated. Read more

This entry was posted in Art, Burgundy, Loire Valley, Paris and tagged days on the claise, holidays to europe, Paris Weekender. Bookmark the permalink.