Although we had already been to Bavaria, we hadn’t been to Munich. We prefer to visit major cities during an extended weekend rather incorporate them into a road trip as they say these days. But Munich was on our way from Andelfingen to Aschach so I insisted we have our lunch break there.

It was a Sunday, which meant no traffic problems but unfortunately for us, the annual Stadtlauf München or Munich City Run was on and the main square, Marianplatz was absolutely crowded. We were able to visit the main sites, however, and had an enjoyable visit. We’ll have to go back again on a different date! 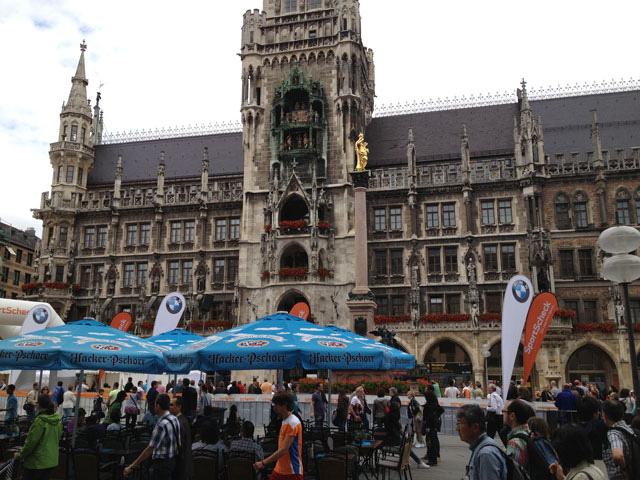 Marianplatz, the main square in Munich with the new town hall 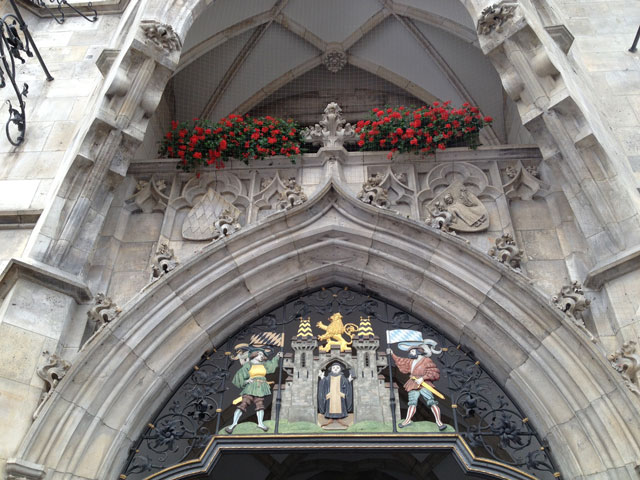 Detail on the new town hall built between 1867 and 1908 in Gothic Revival architecture style. 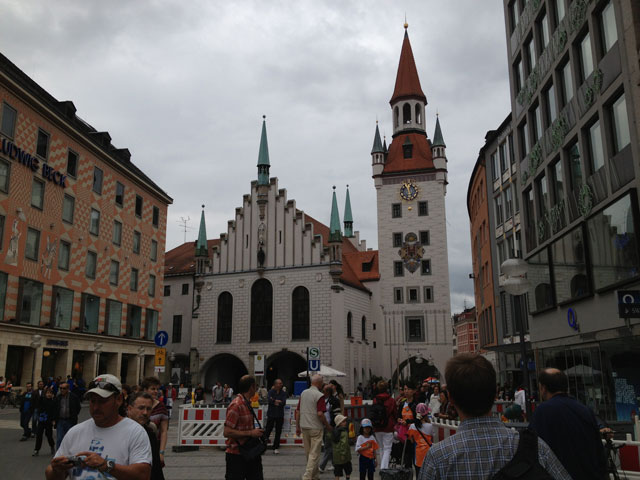 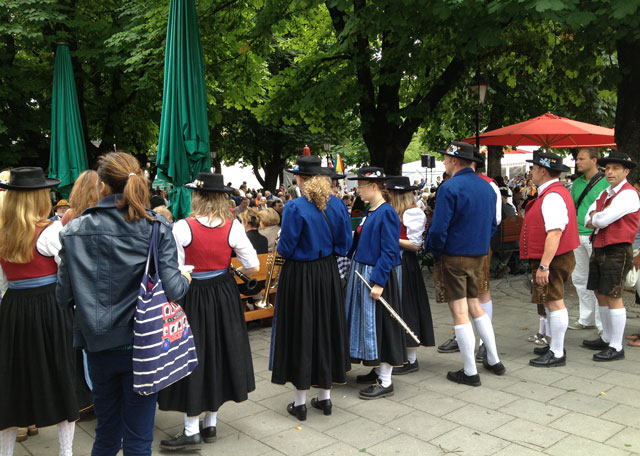 Musicians waiting their turn at the very popular Victuals Market 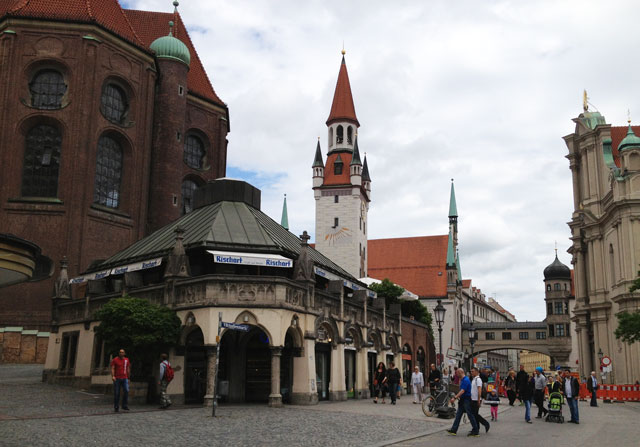 The old town hall from the other side, opposite the Victuals Market 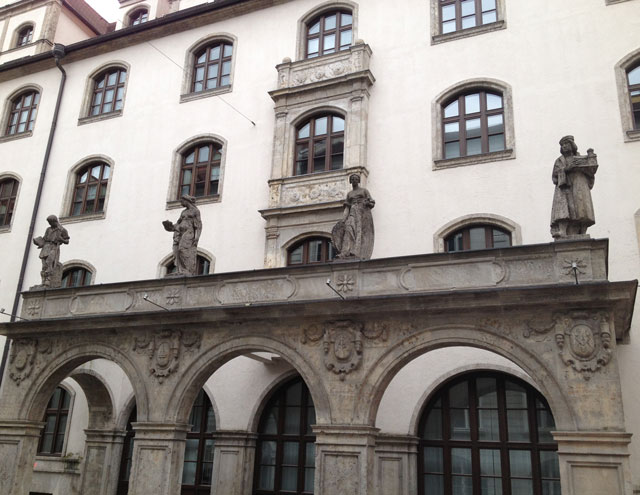 Statues on a Renaissance façade 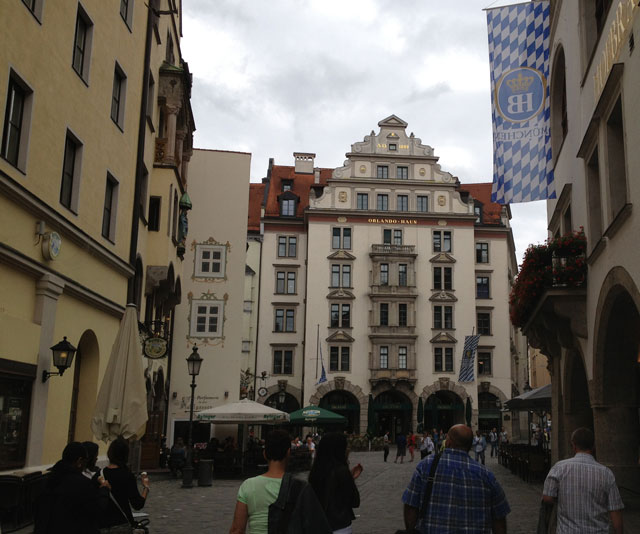 Platzl with the Hofbraühaus on the right 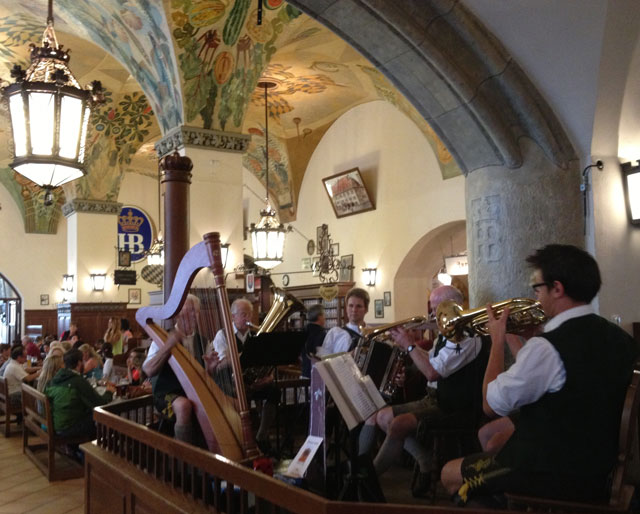 Musicians in Munich’s most famous beerhall, the Hofbraühaus 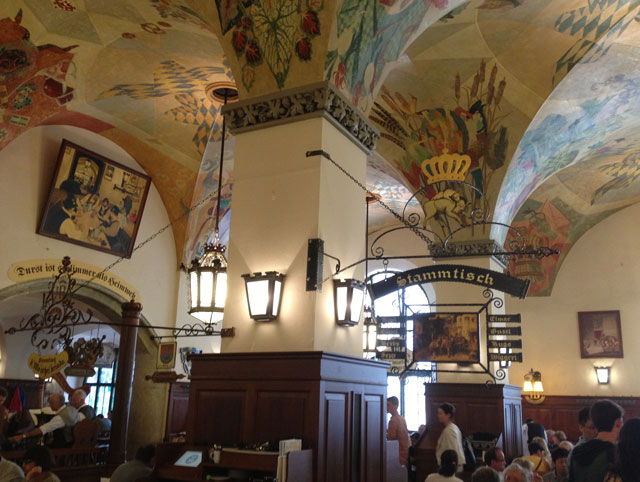 Signs inside the beerhall 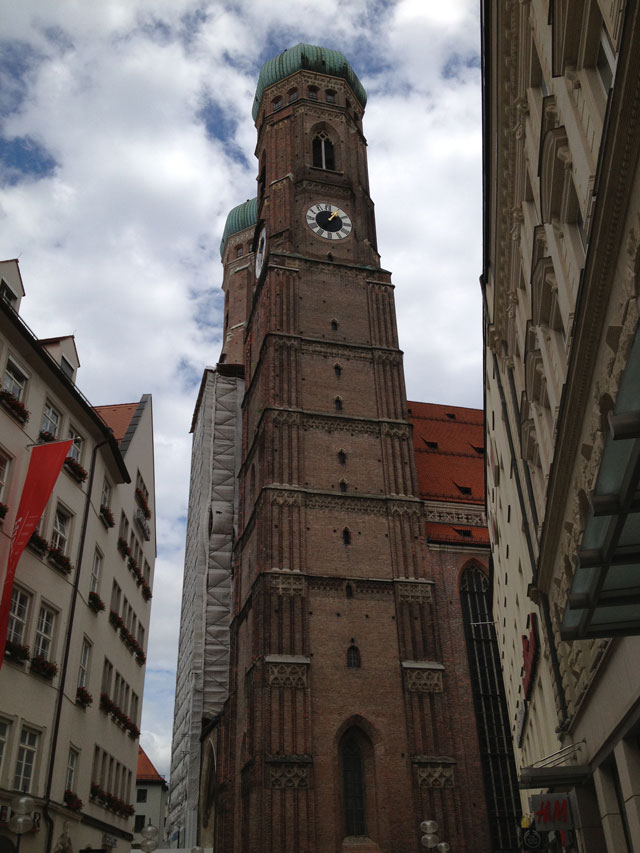 Frauenkirche – Notre Dame Cathedral – late Gothic church, taken from the side – there are actually two towers 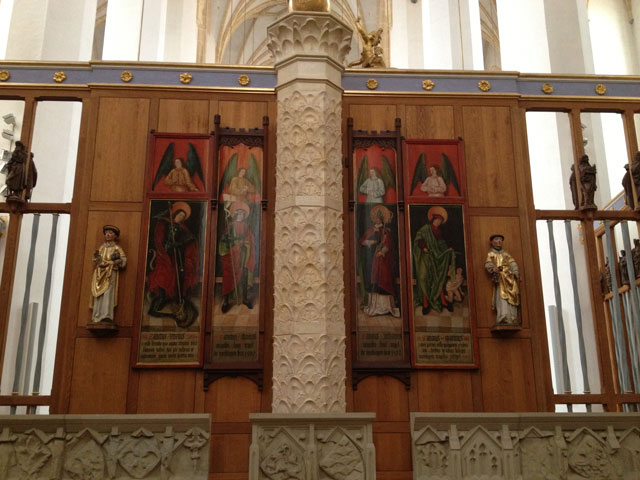 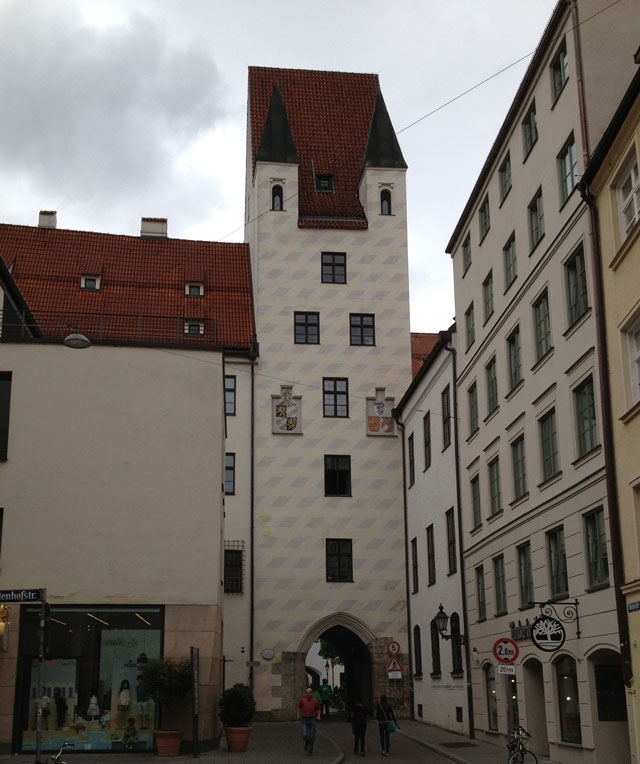