Saint Eustache and the Fish of Remorse

Posted on October 7, 2013 by Rosemary Kneipp

You’ve probably never even heard of Saint Eustache, although you may have seen it if you’ve been to the famous market street of Montorgueil behind the old central markets or halles which are under renovation at the moment and not exactly a tourist attraction. 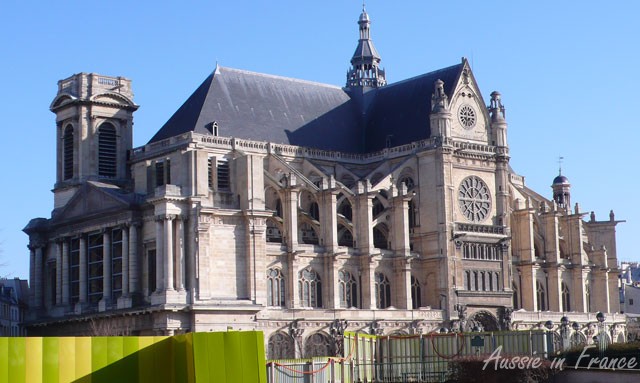 The church is very ornate, in the gothic style of Notre Dame. Like many cathedrals, it took over a hundred years to build – from 1532 to 1640 – and is located on the site of a chapel dedicated to Saint Agnès. The plan is gothic but the decoration is renaissance. Over 33 metres high, 100 metres long and 43 metres wide, it is very imposing despite its missing tower.

So how do we tell the difference between gothic and renaissance? Gothic architecture originated in France in the 12th century and its most famous example is Notre Dame. Its characteristic features are the flying buttress, the ribbed vault and the pointed arch. 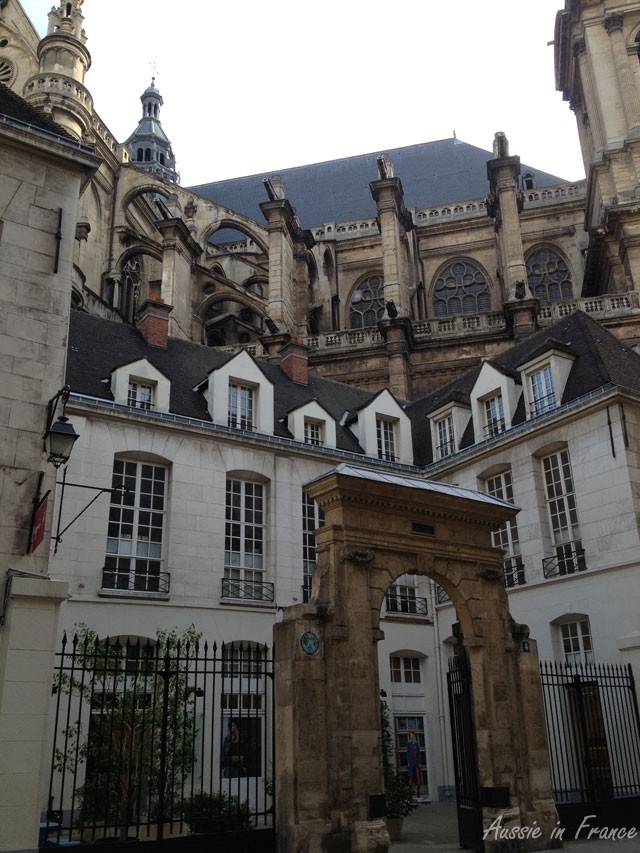 Side of Saint Eustache in Rue du Jour

It was the flying buttress that enabled architects to build increasingly higher churches because the buttress takes the extra weight off the load-bearing walls. Churches in the previous period – Romanesque or roman in French were much smaller and had no buttresses. They are more prevalent in the south of France. 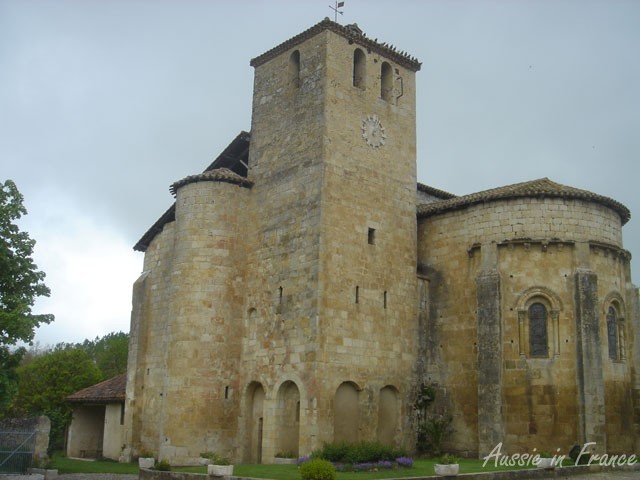 Along with the ribbed vault, the flying buttress meant that more windows could be added high up in the building. When ribbed vaulting is used, the arching and intersecting stone ribs support a vaulted ceiling surface made of thin stone panels, which greatly reduces the weight of the ceiling vault.

The pointed or ogival arch may be of Islamic origin or have evolved naturally in Western Europe as a structural solution to a purely technical problem but whatever the case, it ‘s a distinguishing feature of Gothic architecture. 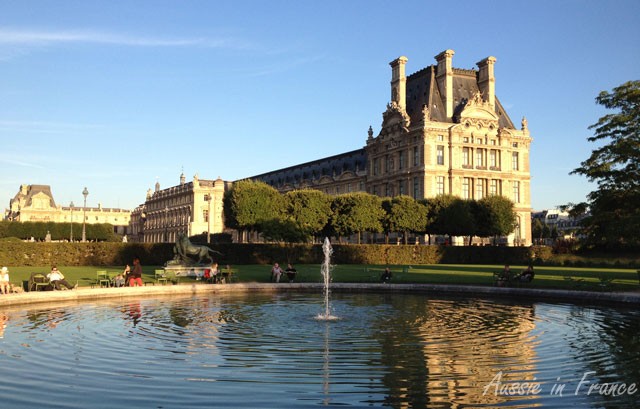 Renaissance is the next period after that, between the early 15th and early 17th centuries. It originated in Italy but soon spread across Europe. It puts emphasis on symmetry, proportion and geometry and features orderly arrangements of columns, pilaster and lintels, with semicircular arches, hemispherical domes, niches and edicules. The Louvre is a prime example of Renaissance architecture.

The buttresses on Saint Eustache are not as obvious as those of Notre Dame, for example, and the western façade, with its classical lines, is perfectly symmetrical except for the missing tower. 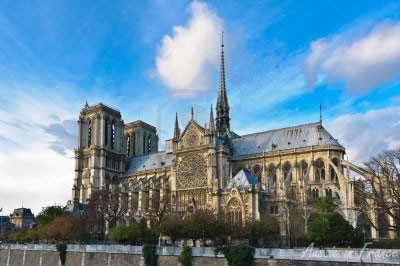 If you go around the back of Saint Eustache, you’ll see a small plaque dated 1213 with a fish trying to bite its tail, a reminder that a man once made his fortune from the local fish markets. On Sundays, our fishmonger’s stall is coincidentally just in front of it!

Jean Allais, a Parisian bourgeois, helped to finance Philippe Auguste’s crusades and in return, he asked to be allowed to levy a tax of one denier for each basket of fish sold in the covered market (or Halle whence the current name of the area). 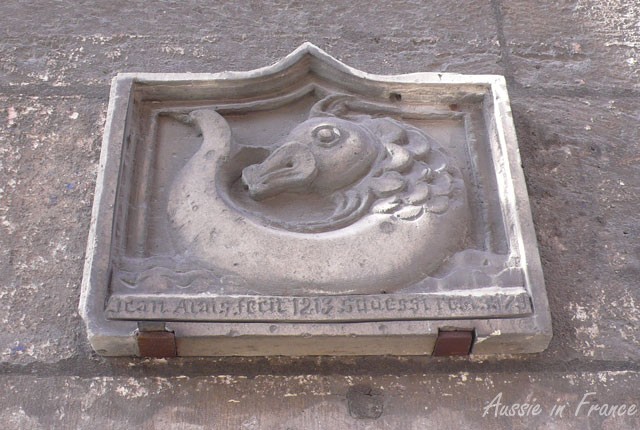 He made a fortune and felt such remorse ( !!!) that he built a chapel for the fishmongers dedicated to Saint Agnès. It was added to over the centuries, partly demolished, and rechristened Saint Eustache. It was finally razed to the ground in the 16th century and the present church built and never completed.

A crypt in the basement of the church still bears the name of Saint Agnès. Remains of the original chapel can still be seen. Access is via a small door, but only during temporary exhibitions and concerts.

Which is your favourite Gothic church?

4 Responses to Saint Eustache and the Fish of Remorse