Posted on October 8, 2013 by Rosemary Kneipp

This week, Filly di Somma, writing for Guide2Paris, takes us off the beaten track to the Butte aux Cailles in Paris, while Katerina Forrester, in a post for My French Life gives us tips on text messaging in French. Meanwhile, Susan from Days on the Claise tells us about a little-known vegetable – celeriac – and how to prepare it. Enjoy!

by Filly di Somma, a fanatical Paris fan, in one of her regular posts for Guide2Paris, which aims to be the complete source of information in English about the Ile-de-France region of France which includes the city of Paris.  Designed specifically for English speakers visiting Paris or the region of Ile-de-France, contemplating buying property in Paris or those already living in Paris. 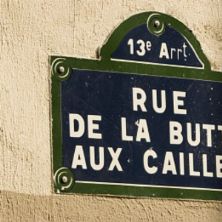 During my last trip to Paris I had the opportunity to visit a lovely ‘quartier’ which I hadn’t previously discovered on my trips to the city. “The Butte aux Cailles” district is almost like a separate village in the centre of Paris in the 13th arrondissement. Whilst being driven there by a lovely Parisian, I discovered and adored the narrow cobblestone streets featuring original restaurants, cafes and boutiques full of people eating and drinking outside. I loved its art deco architecture and its traditional Paris atmosphere.
Read more

by Katerina Forrester, born in Australia but always longing to be French at heart, currently living the Arts student life in Melbourne, where she is studying to become a Linguist. writing for My French Life, a global community of French and francophiles connecting like-minded people in English & French 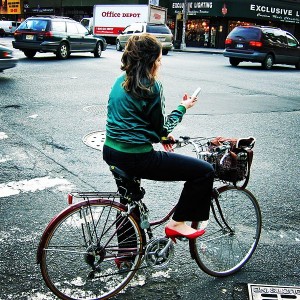 LOL is the furthest I will go when writing with text abbreviations. Nothing more, nothing less. When writing texts in English, I write in full, and I write with proper syntactic features. I don’t want to be seen as an over-texting teenager! I want my friends to receive properly articulated sentences with substance. Nevertheless, this is not the case when I text to friends in French. Read more 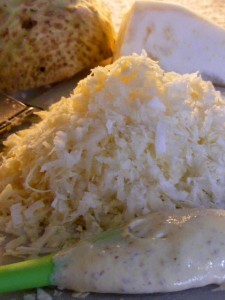 The general appearance of celeriac doesn’t inspire much confidence in it being tasty, and even less so if you consider eating it raw. Nevertheless, the most popular dish using celeriac (céleri-rave in French) does indeed use raw, grated celeriac.

Don’t be fooled into thinking that this is diet food though. This is a dish to which cream is added in order to make it lighter (!!) and easier to digest (!!!) It is tremendously popular in France, but I don’t think many people bother to make it themselves. Most people buy it from their trusted local charcutière traiteur (delicatessen). If you do make it at home, it’s not just a matter of grating some celeriac and coating it with mayonnaise. There’s a trick to getting the deli style céleri rémoulade. Read more