Snakes in the Wood Pile

We arrive at the sawmill in the middle of Cheverny forest just before midday and not at 11.30 am as planned. We can hear machinery but can’t see any people. We finally see a man pull up in a large truck and get out. Jean Michel goes over to talk to him. 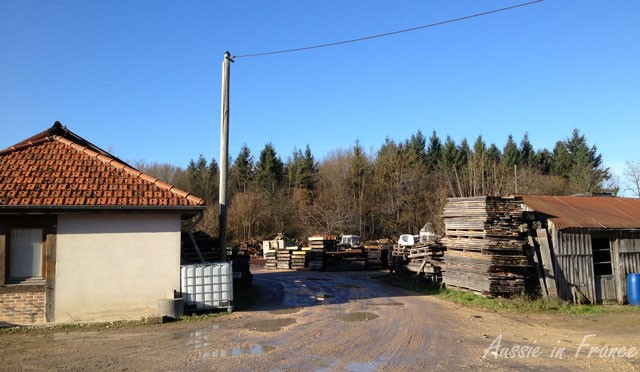 Arriving at the sawmill with not a soul in sight

I can see them arguing. Oh dear. They both come towards me and I learn that the man knows nothing about the wood we ordered on the phone at 10 am. I check my trusty iPhone to tell him the number we rang. “Yeah, well”, he says (in French, of course), “it’s the right number but it’s up at the office along the road a bit and no one told me anything about someone wanting firewood. And we’re about to knock off for lunch.” 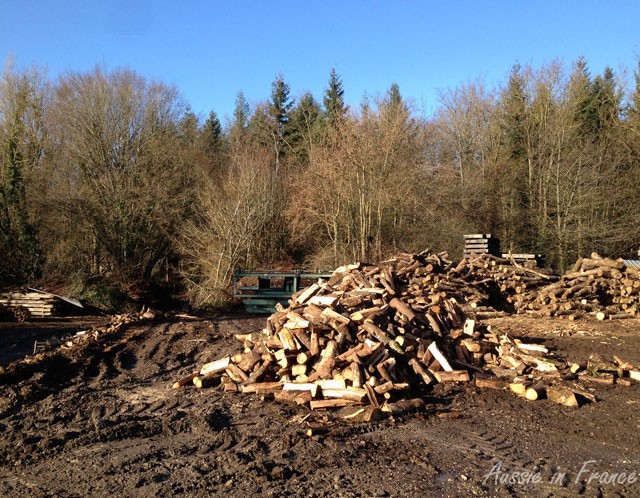 The pile of wood we are to help ourselves to

In the end, he calms down and so does Jean Michel and we are shown a large pile of 50 centimeter logs. Wood in this country is sold by the stère which is a cubic metre of wood usually cut to 50 cm lengths. He has a look at the trailer and tells us that when we’ve filled it we can go over to the work canteen and get someone to come and measure it. 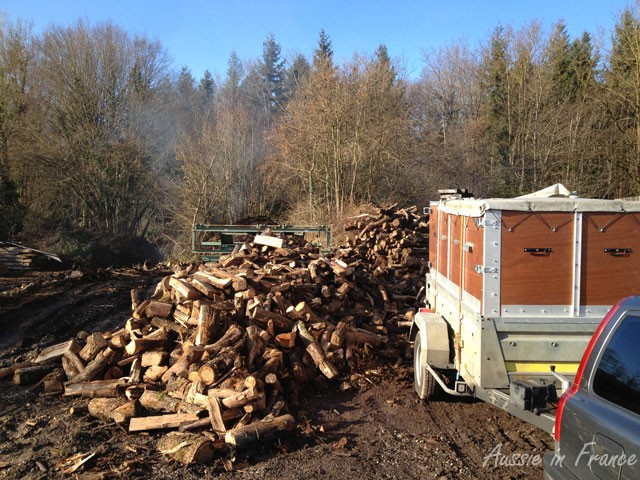 The trailer backed up as far as possible to the woodpile

Jean Michel backs up the trailer as close as he can to the wood pile without getting it stuck in the mud. I’m glad I’m wearing my big boots, thick socks, a polar fleece windcheater, anorak, cap with ear flaps and working gloves. It’s about 5°C but sunny.  Another man arrives, much more cheerful than the last, and measures the trailer. We come to the conclusion that it can take 2.40 stères at 51 euro a stère. He leaves us to it. 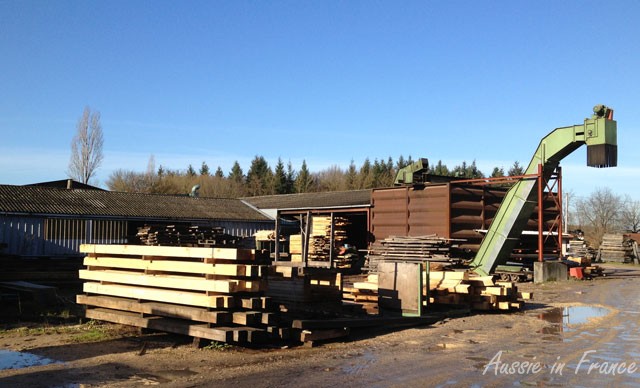 Some of the equipment in the sawmill

We start picking up logs. Jean Michel explains I mustn’t take whole logs. They have to be split at least once. After we’ve sorted through the ones closest to the trailer, he climbs into it to start stacking them up. Some of my logs get rejected. Too short apparently – some are only about 40 cm. I’m instructed to get the tape measure out of the car. I can’t find it of course which doesn’t go over well. How come I don’t automatically understand what sort of logs I’m supposed to be getting? I tell him to stop being so snakey (well, my language was maybe a little bit stronger than that …). 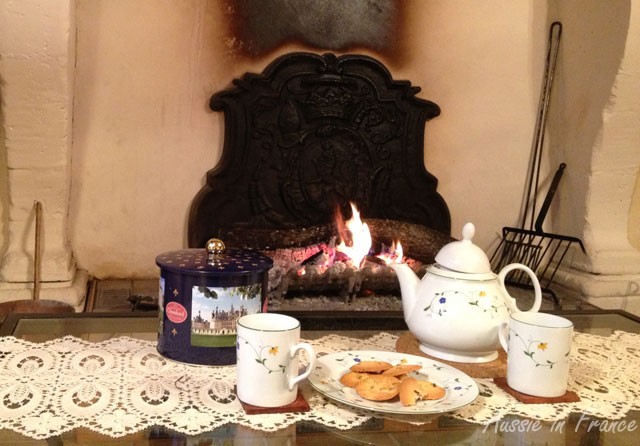 By then, I have removed the anorak, the windcheater and the cap. When he’s finished stacking he gets the tape measure (on the floor was the instruction he failed to give me) and I keep measuring the logs until I’m sure I can judge the size correctly, ignoring him as best I can. He has to climb up onto the woodpile and throw logs down to the bottom near the trailer. I start collecting some others (carefully measured) from the back of the pile so I won’t be (accidentally) struck by the logs.

Throwing the logs around seems to have a positive effect on his mood and he surprises me by apologising for his snakiness. 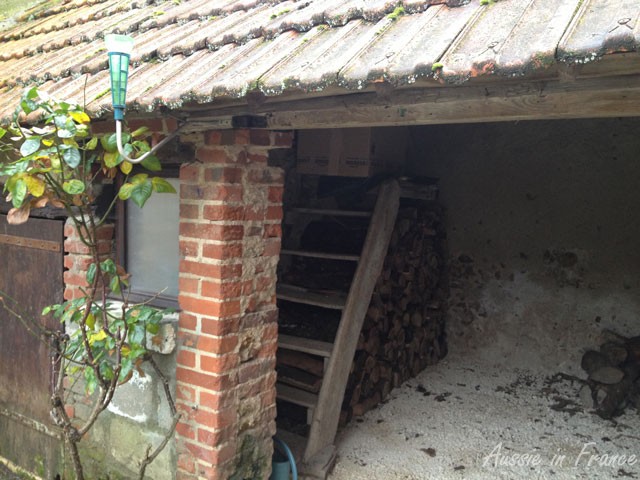 Our nicely stacked woodpile in the bike shed (and former pigsty)

It takes us about an hour to fill the trailer. The friendly man wanders over and measures our pile. We write out a check and off we go. 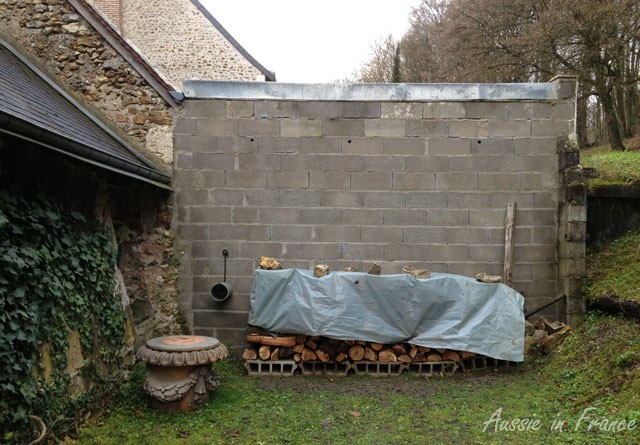 After a well-deserved lunch, I go back to my translating while Jean Michel spends the next three hours unloading the wood and stocking it in two piles, one behind the house and one under the steps in the bike shelter. The woodpile has a lovely oaky smell. We’re waiting to see how long the wood will last before we have to go back to the sawmill. But it now seems that we need smaller bits of wood as well …

This entry was posted in Country living, Loire Valley and tagged cheverny, firewood in France. Bookmark the permalink.

6 Responses to Snakes in the Wood Pile