Considering the number of canals that run through it, I’m surprised that the mediaeval town of Vendôme on the Loir River (not the same as the Loire), 35 k from Blois, is not called the Little Venice of Beauce after the surrounding flat wheat country. It turned out to be unexpectedly pretty. Every time we turned a corner, we saw a little canal, an archway or a tiny street lined with architectural marvels. Although it was bombed during World War II and many of its half-timber houses destroyed, much of its mediaeval architecture has survived. Although we started out sunny, clouds came over during the first part of the day but after lunch the blue sky returned and the panorama from the ruined castled above the town was quite striking. 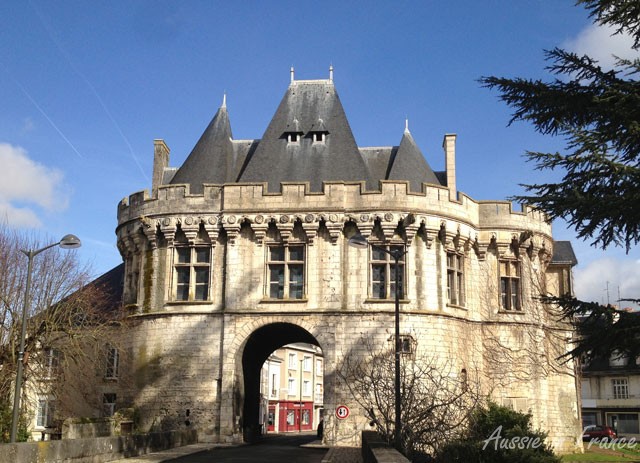 Porte Saint Georges, at the entrance to the town on the Blois side, 15th century. The Renaissance medallions were added in the 16th century 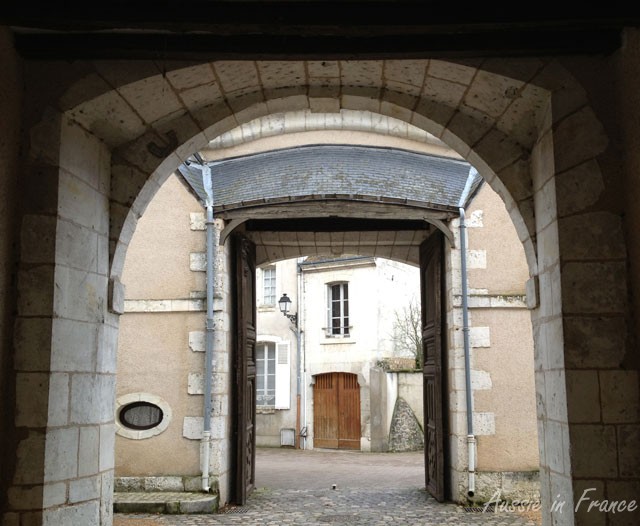 One of the town’s many archways. This one leads from the town hall, originally a college, into one of the interesting little streets of Vendôme. Note the low bull’s eye window on the left. 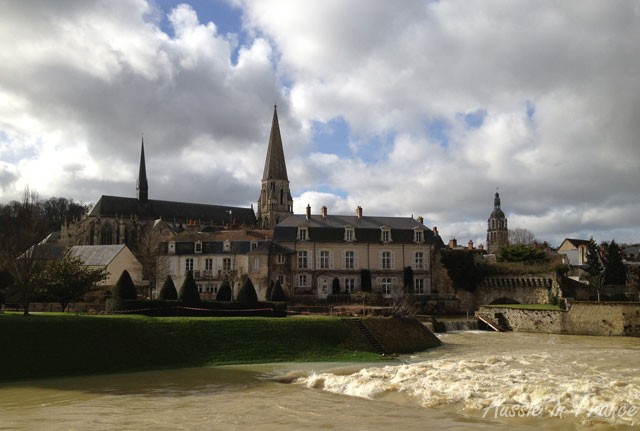 Looking towards Porte d’Eau, fortified in the 13th and 15th centuries. A dam was built to control water for one of the town’s many watermills. 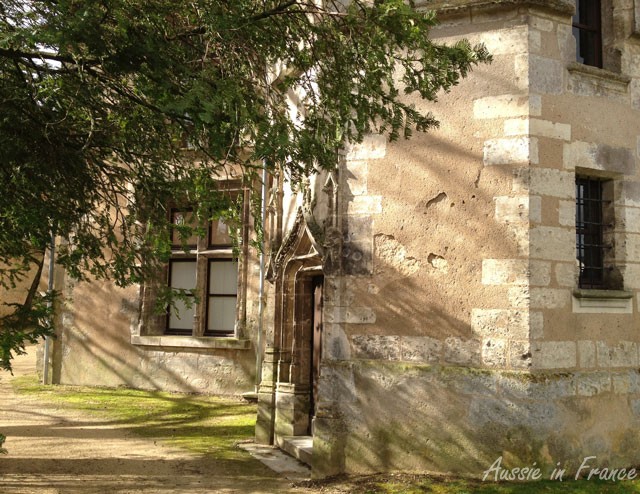 A beautiful Renaissance door and mullion window next to Trinity Church 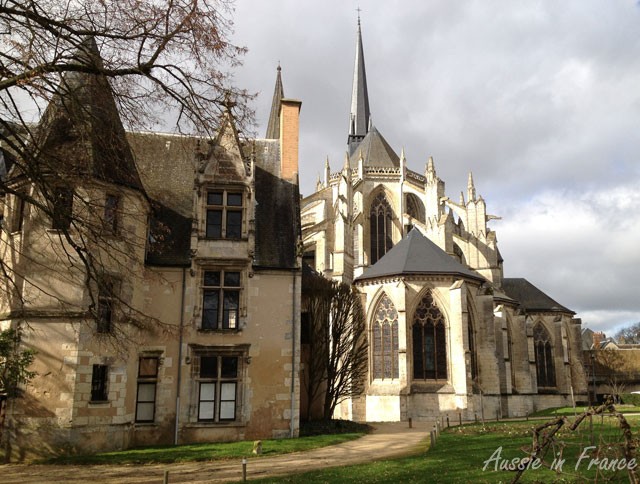 The east end of Trinity Church rebuilt in 1308. On the left is the building with the Renaissance door and more mullion windows. 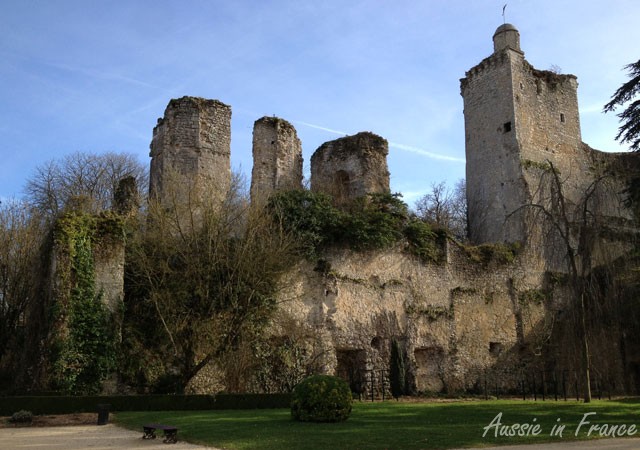 The ruins of the 11th century castle on top of a hill, understandably a favourite promenade for the locals. 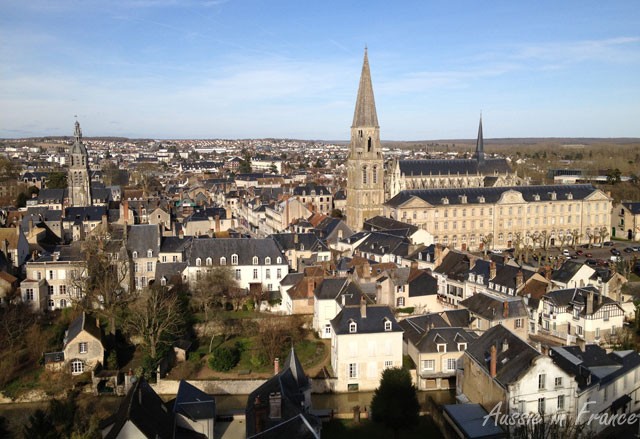 The stunning view of Trinity Church from the castle ruins with Trinity Church on the right and Saint Martin’s bell tower on the left with the Loir River in the foreground. 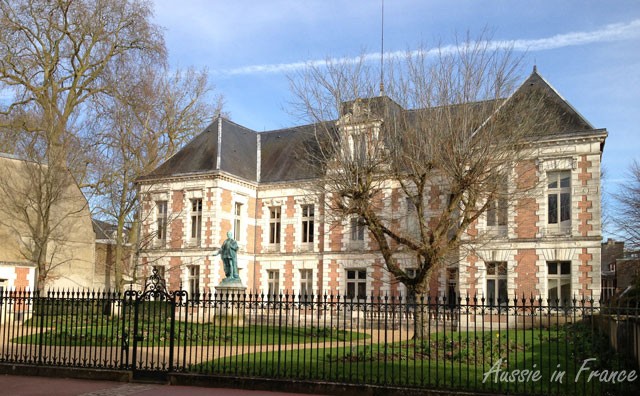 Built in 1866 to house the library, museum and archeological society. It now contains the library. 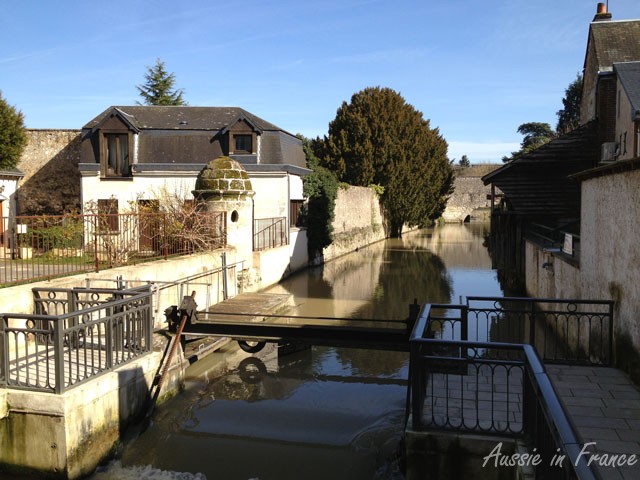 One of the many canal views. Note the round tower on the left. 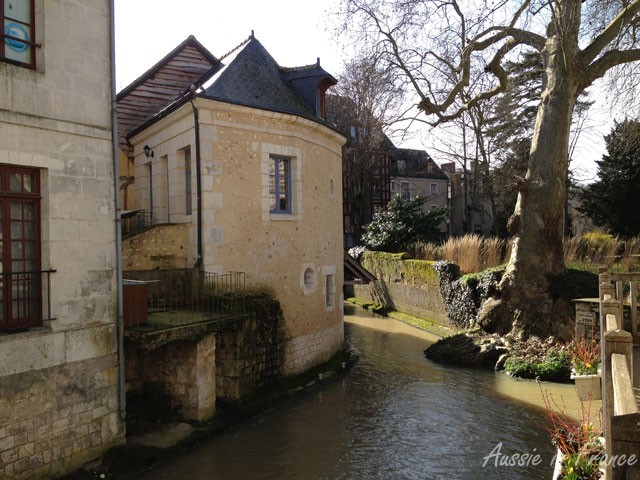 Another canal view Imagine it in the summer when all the planters are full of flowers.

We had an excellent lunch at Le Rond de Serviette, a recently opened restaurant on Rue Poterie with excellent reviews. Main dish under 10 euro. Friendly service.

This entry was posted in Architecture, Travel photos and tagged Vendome. Bookmark the permalink.