Posted on February 4, 2014 by Rosemary Kneipp

This week’s Blogger Round-Up starts in Germany, in Saxon Switzerland, where Anda from Travel Notes & Beyond has inspired us to go on another cycling holiday this summer. Australian blogger Paula McInerney from Contented Traveller broaches the somewhat taboo subject of what happens if you die overseas while, on a less serious note, Adelina from Pack Me To, talks about all the wonderful goodies to eat at Chinese New Year. Enjoy!

Königstein – the Fortress of Saxon Switzerland 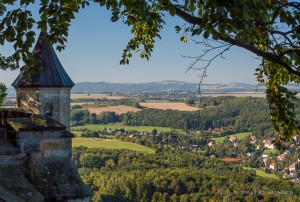 From Bastei Rocks our trip continued to the town of Königstein. From atop the table hill bearing the same name, Königstein – Germany’s largest fortress – towers over the Elbe Valley and the Saxon Switzerland landscape. Rising 240 meters above the river, the 24 acres rock plateau offers stunning views that rival with the famous Balcony of Europe in Costa del Sol, Spain.

Festung Königstein (as the Germans call it) started in the early 13th century as a medieval castle belonging to the Bohemian kingdom. In the 1400s the castle fell into the hands of the Saxon rulers and was later transformed into a monastery. In the mid 1500s by the order of Augustus, Elector of Saxony, a deep well (152 m) was drilled through solid rock on the site creating an important condition for the construction of a fortress. Read more

What happens if you die overseas? 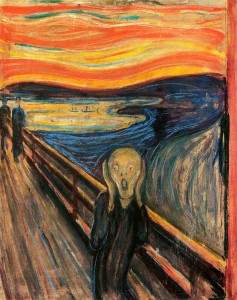 Strange conversations happen around our dinner table and one segued into what would happen if you died whilst overseas. Everyone’s response was varied, from leave me there, to bring me home. This then led into the conversation of whether people wanted to be buried or cremated and how they wanted their send off to be. Scattered over an ocean, under a tree in the bush, quickly and with no fuss, it all varied. It is worth discussing with your family and friends what you do want .. and around the dinner table is as good a place as any.

I myself think that if I died overseas just bury me there. Note the bury; I don’t want tot be cremated because it seems a bit too final. Yes, the derision at the dinner table was palpable but bad luck, I am entitled to my belief. Others wanted to be bought home to be buried, whilst some wanted to be cremated wherever, and their ashes bought home. Read more

The Best Part of Chinese New Year – the Food 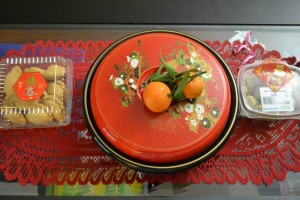 Happy lunar new year! January 31 ushered in the year of the horse. The best part of Chinese New Year for me is of course the food! There are so many delicious treats to be had during this festive holiday. As previously explained, the Chinese are a superstitious group. There are certain foods that are eaten during the holidays which are supposed to bring good luck and prosperity in the new year. Plus, they all taste delicious, so why not?

During the 15 day festival, there are a number of meals where family come together to eat. In my family, we have a meal on Chinese new year eve with my immediate family, and sometimes with my father’s side of the family, and on day 2 of the new year, we have a meal with my mother’s side of the family. I love Chinese New Year food so much that one year my flatmate and I attempted to cook a massive new year dinner while living in Budapest for 26 people! We were crazy or what?! Here are a few of the must have dishes gracing the table. Read more