I originally thought the equation was arbre = tree, arbuste = shrub and buisson = bush. Well, I was wrong. The first time I saw a lilac bush, I thought it was a tree. It looked like a tree to me and certainly not like a bush (a lot of the flowers are way above my head), but when I used the word arbre I was immediately corrected. Non, c’est un arbuste. 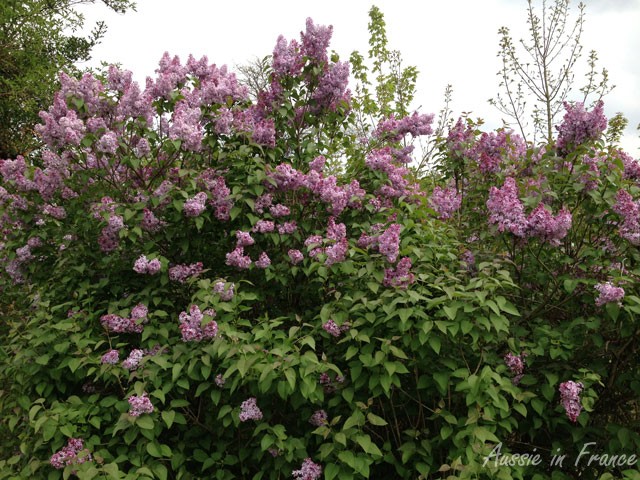 With the arrival of spring, there are lots of flowering shrubs, so I asked Jean Michel to define arbuste for me. “Un petit arbre“, he replied. “No it’s not.” I replied, “You could call a young conifer un petit arbre but it still wouldn’t be an arbuste.” So I checked my Larousse app. An arbuste is a woody perennial plant less than 10 metres in height whose branches don’t grow from the base.

Then it says in brackets that a young arbuste looks like an arbrisseau (oh dear, I hadn’t even thought of that one !) then starts looking like a tree when it loses its lowest branches.

An arbrisseau has branches coming from the base and doesn’t grow more than 4 metres high.  No examples given for either of course.

According to my Longman Dictionary of Contemporary English, a shrub is a small bush with several woody stems. A bush is a plant with many thin branches growing up from the ground.

Guess what an arbre is ? A woody perennial plant with branches that grows to at least 7 metres (where did they pull that one from?) and has permanent branches that only start a certain distance from the ground. It’s all relative, isn’t it ? 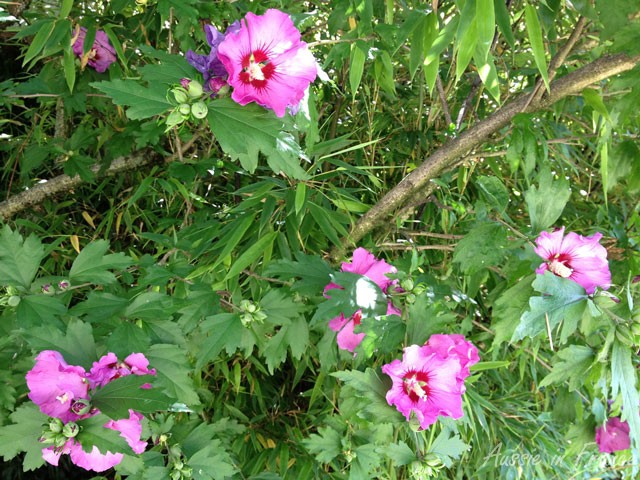 A tree is a very tall plant that has branches and leaves and lives for many years, to quote the Longman. That’s a definition? “Very tall”? “Many years”? Hardly precise.

I then consulted my New Shorter Oxford in two volumes just in case it’s more cluey. Well, it’s not. A bush is a shrub or clump of shrubs with stems of moderate length. A shrub is a woody plant, smaller than a tree. A tree is a woody perennial  plant, typically having a single stem or trunk growing to a considerable height and bearing lateral branches at some distance from the ground.

But listen to the next bit : More widely, any bush or shrub of erect growth with a single stem. Which explains my confusion between trees, shrubs and bushes! 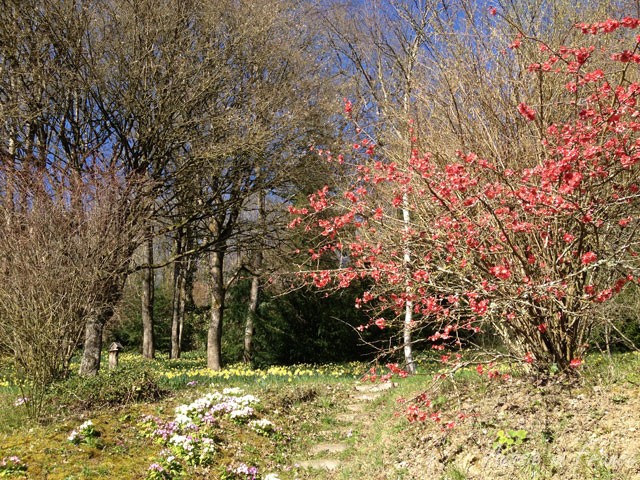 I went through a few plants with Jean Michel to see what category he would put them in. Let’s see. Lilac is an arbuste, Japonica quince is either an arbuste or an arbuste buissonnant. Oh no, not something else! I’d forgotten about buisson.

The Larousse says it’s an arbuste or group of arbustes with branches growing up from the ground and is difficult to get through. Hey, that sounds like a hedge, doesn’t it ? I thought hedge was haie. Haie is a line of arbres or arbustes forming a limit between two parcels of land. A hedge is a row of small bushes or trees growing close together, usually dividing one field or garden from another. So we can safely say hedge = haie.

I think we’ll just have to forget about the English and concentrate on the correct words to use in French, don’t you ? 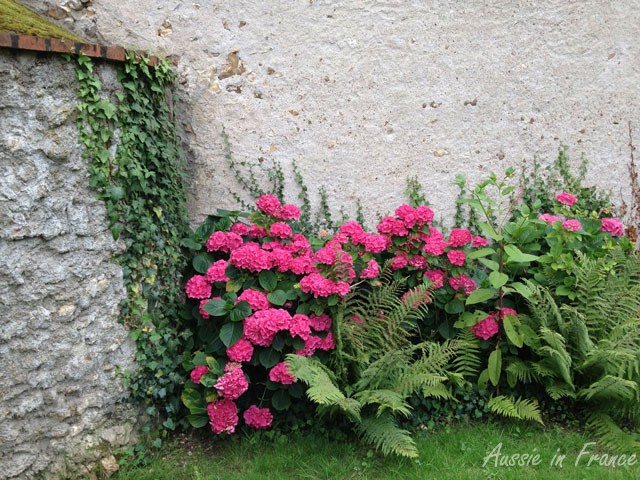 So, an arbuste looks like a tree only it’s smaller and has low-growing branches e.g. a lilac bush or a holly bush. An arbrisseau has branches growing up from the ground e.g. viburnum tinus (laurier tin), only no one ever says arbrisseau so we can call them arbustes as well, like Japonica quince (cognassier du Japon) and weigela or arbustes buissonnants or even buissons if they are small enough and are trimmed to form a hedge.

If you want to say arbre, check the plant is at least three times your height and has no low branches!