For this week’s Blogger Round-Up, I’ve chosen fellow participants in the City Daily Photo theme day to which I also contribute on the first day of the month with the blog that Jean Michel and I write together: Blois Daily Photo. This month, the theme is triangles. First, Amboise Daily Photo – Stuart lives just down the river from our house in Blois, in the royal city of Amboise. Next, Genie from Paris and Beyond, with her stunning photo of the Louvre Pyramid. And to finish off – because I’m Australian – I’m including Gracie from Perth Daily Photo, who loves everything French and whose favourite city is Paris, presenting the masculine triangle. Enjoy!

by Stuart from Amboise Daily Photo, an American who retired from technology and moved to Amboise to pursue his hobbies of photography and woodworking and to share the good life with his wife Elizabeth. 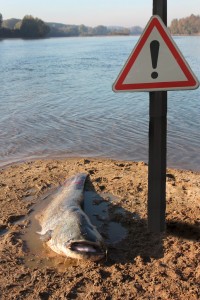 For an explanation of these expressions, you can look here.  And for you non-Europeans, the sign is the international road sign for Danger!  Since I am studying now to get my French driver’s license, these triangular signs are seared into my consciousness.

Read more and see the photo in full

by Genie from Paris and Beyond, who lives in Mobile and has loved Paris, its people, its architecture and all of France since she was eight years old. She has a photo blog about Paris and occasionally other places in the world 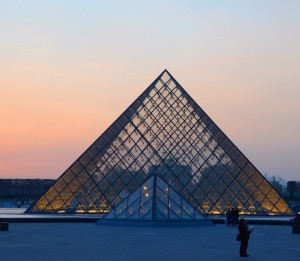 The first day of the month is Theme Day for the City Daily Photo community, and the theme for April is “triangles.”  In Paris there are two obvious and very large architectural structures which would pass the test:  La Tour Eiffel and I M Pei’s Pyramide du Louvre, seen here.

Read more and see the photo in full

by Gracie from Perth Daily Photo who feels so much younger than she really is, loves everything French and always looks at the glass as half full rather than half empty… 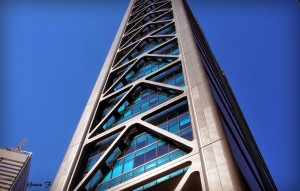 Heading into the city in search of triangles for April’s theme I was a little worried that it may not be that easy.. When really looking I couldn’t believe how many times the triangle features in Perth architecture, old and new.  Discovering that the triangle pointing upwards is a strong masculine sign the BHP Billiton offices above takes on an almost phallic presence n’est pas 🙂 but if you look at the Central Park building in the background below there’s a whole lot of triangle action going on also! Read more and see the photo in full