This week’s Blogger Round-Up is all Australian. French Moments shares the story of the croissant with us which is more Turkish orAustrian than French while Andrea from Rear View Mirror takes us on the ultimate road trip to Romania, a country that is definitely on my wish list. Gemma King from Les Musées de Paris, a newcomer on these pages, takes us through Le Petit Palais, one of my favourite museums in Paris. Enjoy!

The Formidable Story behind the French croissant

by French Moments, a Sydney-based organisation with an international focus which promotes the French language and culture to English-speakers worldwide. Their French team is all about the language, culture and experience 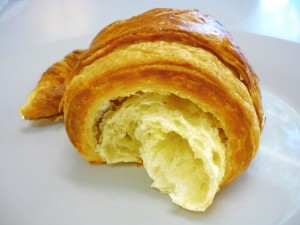 France is known for its “croissants”. It is up there with the Eiffel Tower and beret as a French icon. Here in Sydney, most people know that the croissant is a true French delicacy and it is loved in all its forms: plain croissant, chocolate croissant (“pain au chocolat” in France), almond croissant, ham and cheese croissant and more…

The idea of researching the croissant came to me in June 2011 when one of our French students asked me the meaning of the French verb “croître” (to grow). While explaining this word in French, I wrote on the board another word using the same root: “la croissance”. Immediately, the man pointed out: “then it’s like ‘croissant’!”. Read more

by Andrea from Rear View Mirror (formerly Destination Europe), a fellow Australian who, after 6 years of living in France, has given up her Paris apartment to live a nomadic life slowing travelling around Europe, experiencing each destination like a local. 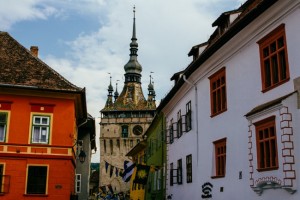 I don’t know why I had such a poor opinion of Romania before visiting. I was expecting it be more like the Balkans and less like Eastern Europe. I was thinking it would be more than a little rough around the edges but in actual fact the cities are much like elsewhere in Europe with their beautiful historic centres, delicious traditional and modern cuisine plus some very cool castles. Read more

By Gemma King, from Les Musées de Paris, self-proclaimed muséophile, and an Australian PhD student working between Melbourne and Paris. She writes on movies for work and goes to museums for fun. 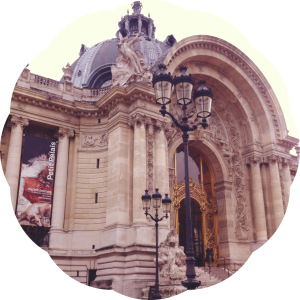 Many Paris museums work because they adopt a single point of interest and run with it. Le Musée du parfum features nothing but perfume, but it investigates the topic like nowhere else. The good people of Le Musée Clémenceau seem to think nobody on earth has ever mattered as much as Président Georges, but by the end of your visit, you’ll probably agree. Paris museums go to all manner of extremes, favouring the most precise of objects (ahem, Museum of Eyeglasses) and exploring that object, its history and its specificities, with incredible dedication. These extremes of passion are often what make Paris museums so special. Read more