Three completely unrelated subjects for my Weekly Blogger Round-Up today. First, if you’re wondering whether to take the train or hire a car in Europe, Paula McInerney from Contented Traveller will help you to make the right decision. Next, if you’re looking for a weekend getaway idea, Mary Kay from Out and About in Paris has an excellent suggestion – Chartres. And to finish off, Wendy Hollands from Le Franco Phoney tells us all about the famous Saint Bernard dogs. Enjoy!

Self-Drive versus Train Travel in Europe 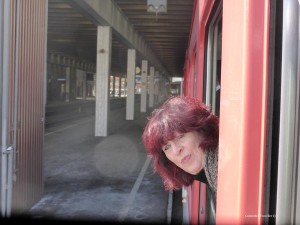 There are pro’s and con’s to driving yourself or catching trains in Europe, however, we decided relatively early on that train travel is our preferred option. We have done both.

From our own experiences, we have looked at the positives and negatives of both self drive and train travel. Hopefully this will assist in your decision. Read more 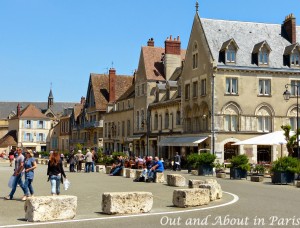 It’s odd how much the weather impacts our perceptions of a place. The first time I visited Chartres, it was pouring. After admiring Chartres Cathedral’s magnificent 12th- and 13th-century stained-glass windows, we quickly toured the city’s windblown streets before seeking refuge in a café. Over cups of hot chocolate liberally topped with whipped cream, we surmised that we had seen most of what Chartres had to offer and beat a hasty retreat to Paris.Now, thanks to some blissful, sunny weather and a four-day “Vin et Terroir” tour organized by the Loire Valley Tourist Board, I realize how much I missed during my initial visit and have added Chartres to my list of favorite weekend destinations. Read more

Did you know that Saint Bernard dogs were originally called Barry dogs? I learnt this when I visited the Barry Foundation in Martigny, Switzerland last weekend. The foundation was only set up in 2005 to continue breeding dogs like the legendary dog called Barry, who lived at the Great Saint Bernard Pass from 1800 to 1812 and saved more than 40 people’s lives as they crossed the difficult terrain. The dogs come in both the fluffy variety that we know from films like ‘Beethoven’, and also in a more labrador-like short-hair variety. Read more