That may seem like a strange combination but an English-speaking friend living in France has suggested I deal with the topic of “this” and “prochain“. 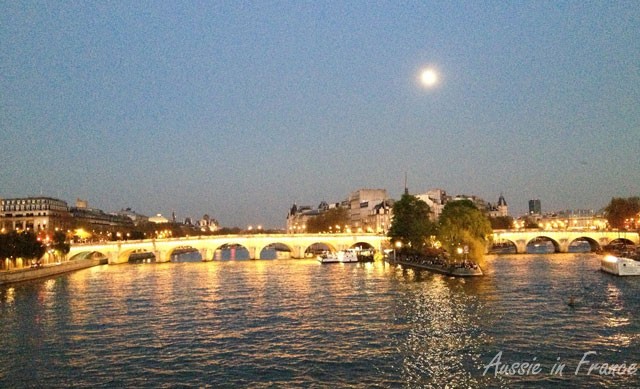 This is what she wrote: “ I just had a confusing text message exchange with a French friend who I’m going to visit this Saturday. And yes, “this Saturday” was the cause of confusion. He speaks English quite well and he likes to practise it when he texts as well.  I was confirming my train arrival times with him and he said to me in English “so I’ll see you next weekend then!”

Even though I was pretty certain he was (badly) translating “le weekend prochain”, I still had to make sure we were on the same page and that he’d be there to meet me THIS weekend.”

In English, we make the distinction between “this Saturday”, that is, the one coming, and “next Saturday”, meaning the one after that, whereas in French, “samedi prochain” is the one coming and “samedi en huit” is the one after that. You can’t say “le weekend en huit”, though. You’d have to say something like “je te vois dans dix jours”, with dix being anything between 9 and 13!

But why “en huit”, you may be wondering. A week in English consists of seven days, but in French a week is “huit jours” – even in legal documents – despite the fact that semaine comes from the Latin septimana meaning seventh. But then another way of saying week is huitaine. The same applies to a fortnight, which is “quinze jours” or quinzaine and not quatorze jours as you would imagine.

Where does this all come from? Well, it seems is comes from the Romans who divided the month (30 or 31 days) into four unequal periods. So for a 30-day month, you’d have eight days followed by seven days, twice. A quinzaine was thus an 8-day period plus a 7-day period. This also explains why “huitaine” means week.

In France, the expressions sous huitaine and sous quinzaine (within one week and within two weeks) acquired a legal meaning in the Middle Ages which still exists today.

This is borne out by a similar use in Italian where quindicina is used for a period of two weeks.

I was talking to Jean Michel about huitaine and quinzaine and he said he remembers people using the term lunaison when he was young. I immediately checked my Larousse. It’s a real word and is the interval between two new moons, whose average length is 29 days, 12 hours, 44 minutes and 2.8 seconds (nothing like precision, is there?).

4 Responses to Friday’s French – prochain, next, this,  huitaine & quinzaine