An all-Australian cast for this week’s Blogger Round-Up. Wendy Hollands from Le Franco Phoney talks about a subject dear to my heart – the French language – and the apostrophe in particular. Susan from Days on the Claise takes us to back in time to one of my favourite châteaux – Chenonceau – which served as a military hospital during World War I. And to complete the list, ever-practical Jo Karnaghan from Frugal First Class Travel tells us what to expect in a 3-star hotel in Europe, often a far cry from what Australians are used to. Enjoy!

by Wendy Hollands from Le Franco Phoney, an Australian who writes about all things French in La Clusaz, Annecy and Haute Savoie as seen by an outsider … 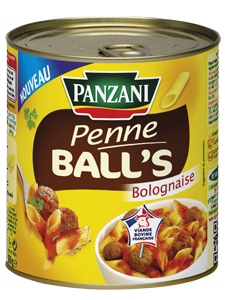 Did you know that France is the world’s most popular country for tourism? Despite their reputed gruffness, the French population must be doing something right, right? France is a proud nation of people who (sometimes illogically) support regional food and wine, get a little arty farty at times, and make me feel like a complete frump in comparison to their natural chic.

Their approach to language is no different. Who doesn’t love the sound of a French voice whooshing effortlessly through sentences? The rest of the world loves it and the French know it. They’re keen to preserve their language, as I’ve mentioned before with the Talkie Walkie (seriously) and the Academie français. Regardless, there’s a growing love of mixing English words into sentences. Read more

A Hundred Years Ago at Chenonceau 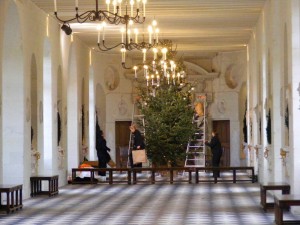 1914, and Chenonceau became a military hospital.

2254 wounded poilus, for the most part very gravely affected by their injuries, were cared for at the chateau over the course of the conflict and up to 31 December 1918. (The French soldiers were known as ‘hairies’, because of their luxuriant facial hair, especially moustaches.)

From 2 August 1914, the day war was declared, the industrialist and Senator Gaston Menier wanted to participate in the national war effort. He suggested to the War Minister that he could set up a temporary military hospital, at his own expense, in the Chateau of Chenonceau, which he had recently become the owner of, after the death of his brother Henri, who had bought the building in April 1913. Read more 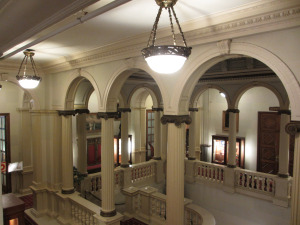 You’ve decided to take your first trip to Europe – how exciting!  Now you need to make decisions.  What airline to book, what to do, and most importantly where to stay!  It’s very tempting to stick with the familiar and stay at a chain hotel.  You know what to expect, what the room will be like and how the plumbing will work.  But because this is frugalfirstclasstravel, a Hilton or Ibis just isn’t going to do it.  Small, locally-owned hotels typical of the location are what I actively encourage to add so much enrichment to your trip.  So in this post I’m looking at what to expect in a three star hotel in Europe.  I’m choosing a 3 star as it’s a good mid-point option for many travellers. Read more

This entry was posted in Accommodation, French language, Loire Valley châteaux and tagged chenonceau during World War I, hotels in Europe, penne ball's. Bookmark the permalink.