Three very different destinations are on the agenda for this week’s blogger round-up. First Rosemary from Le Chic en Rose, shares an aperitivo with us on Lake Como, a must if you go to Italy. Next Abby from Paris Weekender takes us cycling along the Nantes-Brest Canal in Brittany and finally Sara from Simply Sara Travel invites us to Iceland and shares some of the most stunning photos imaginable. Enjoy!

by Rosemary from Le Chic en Rose, initially from Yorkshire, now in Perth in Western Australia who writes of the many things that inspire her including travel, fashion, history, learning languages and spending time with her family 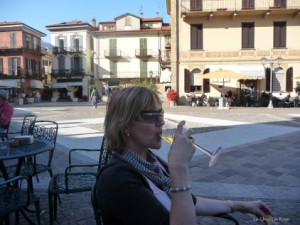 One of the most civilised Italian customs is their love of the late afternoon/early evening aperitif. Both in the Italian speaking part of southern Switzerland and in northern Italy at 5pm on the dot (sometimes 6pm depending on where you are) their version of “Happy Hour” begins. We found when staying there, however, that the emphasis was as much on the food as the drink (though it was admirably washed down with a glass or two of prosecco or pinot grigio). Aperitivos, as they are called in Italian, always constitute an opportunity for food and plates of olives, prosciutto, bruschetta and even small salads and grilled meats would appear along with our drinks. Read more

by Abby from Paris Weekender, an American living part-time in New York and part-time in Paris who offers suggestions for Paris weekends, either staying put or getting out of town

For some time now, I’ve been wanting to cycle the full length of the Nantes-Brest Canal. Technically, the classic cycling route actually runs from L’écluse de Quihex, about 25km north of the city of Nantes, along the canal to Carhaix, then parts from the canal and heads north until it hits the English Channel at Roscoff. All in all it’s approximately 350km or about 220 miles.

I figured that ideally I would need about 4 or 5 days to complete the full route. But then I realized that with a bit of logistical complication, I could actually complete the first half of the trail during the week (while still going home in the late afternoon to work and sleep in my own bed!) and the second half over the weekend, with just one night in a hotel. Read more

by Simply Sara Travel, a girl from New Jersey who traded in her bagels for baguettes and moved to Paris. The aim of her blog is to inspire readers to travel, embrace a new culture, and open their minds to new perspectives 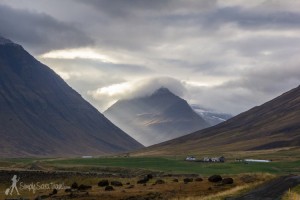 And 1,800 km of Icelandic roads covered. (Or 1,100 miles and change. Or for those like me who numbers don’t register much, the equivalent of over a third of the way from coast to coast of the United States.)

Any way you choose to look at it, it’s certainly a considerable distance for two people to cover. Especially two people who rarely drive these days being city dwellers and all. Read more