This week’s Blogger Round-Up starts with a great discovery. Every month, well in advance, The Good Life France gives a list of national events in France. I know we’re already halfway through October, but you can take a look at November while you are over at their website. Next, Chrissie from Riviera Grapevine invites us to participate in the annual grape harvest festival at Saint-Paul-de-Vence. To finish up, Anda from Travel Notes and Beyond shares her trip to the Citadel of Alba Iulia in Romania. Enjoy!

by The Good Life France, an independent on-line magazine about France and all things French, covering all aspects of daily life including healthcare, finance, utilities, education, property and a whole lot more 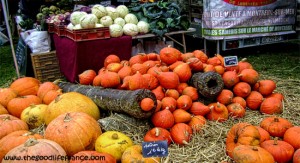 National Event: Semaine du Gout – Taste Week: 13-19 October.  In Paris and throughout France, a foodie event featuring original and varied cuisines. Taste Week is an opportunity to learn more about the art of gastronomy, taste and learn to appreciate the diversity of flavours, and it also aims to increase public awareness of a healthy lifestyle. As part of the event, workshops for the public include cooking classes, tastings and entertainment. Website for details: www.legout.com. Read more 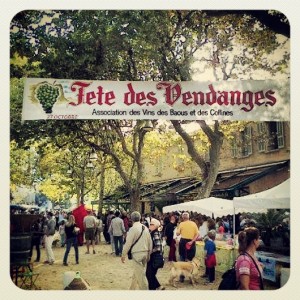 What have you got planned for Sunday?

If you happen to be in the area, and fancy a chance to sample some of the unique wines of the Alpes-Maritimes, why not pop into the annual Fête des Vendanges et des Châtaignes in Saint-Paul de Vence?

October 19th marks the 2014 edition of this annual harvest festival for theVins des Baous et des Collines. Translated into normal speak, this term refers to the three vineyards found high in the hills behind the Riviera coastline, near the imposing cliff face above Saint-Jeannet. Read more

Reborn From Its Ashes – The Citadel of Alba Iulia 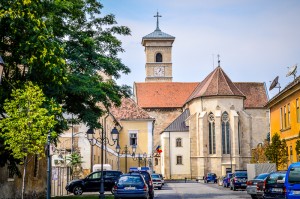 Although a land of natural beauty, Romania wasn’t exactly the ideal tourist destination until after the fall of Communism in 1989. The country was struggling badly with poverty and the tourism industry was almost inexistent. The historic sites were badly neglected, the roads poorly maintained, food was scarce and lodging was primitive. So in spite of its great history and beautiful scenery, Romania remained in the often overlooked chunk of Balkan countries.

Although things have improved considerably lately, Romania is still largely unknown to the western traveler. Such is the case of the beautiful Citadel of Alba Iulia (also known as Alba Carolina), one of the biggest fortresses in Eastern Europe. Read more