News on the Home Front

It’s now four weeks since we moved to Blois. All the boxes are unpacked (except those in storage such as Christmas decorations and things that we’re not sure where to put or may never use again). I finally found the exercise book with the contents of the first lot of cartons by which time it was a little late. 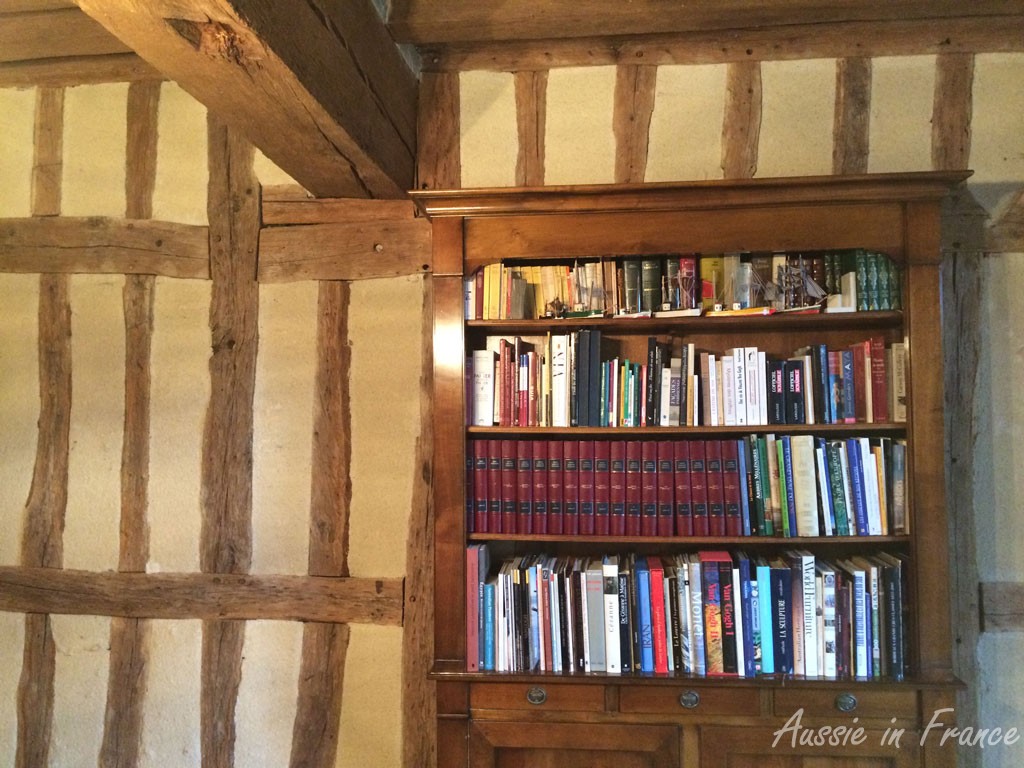 Our half-timbered walls – not easy for paintings

The only thing we haven’t put up are our pictures but I now want to proceed one room at a time for the final decorative touches. Our half-timbered walls are not as easy to accommodate as our painted walls were in Paris! They are also much thicker which means you can’t just hammer in a picture hook and move it a couple of days later. 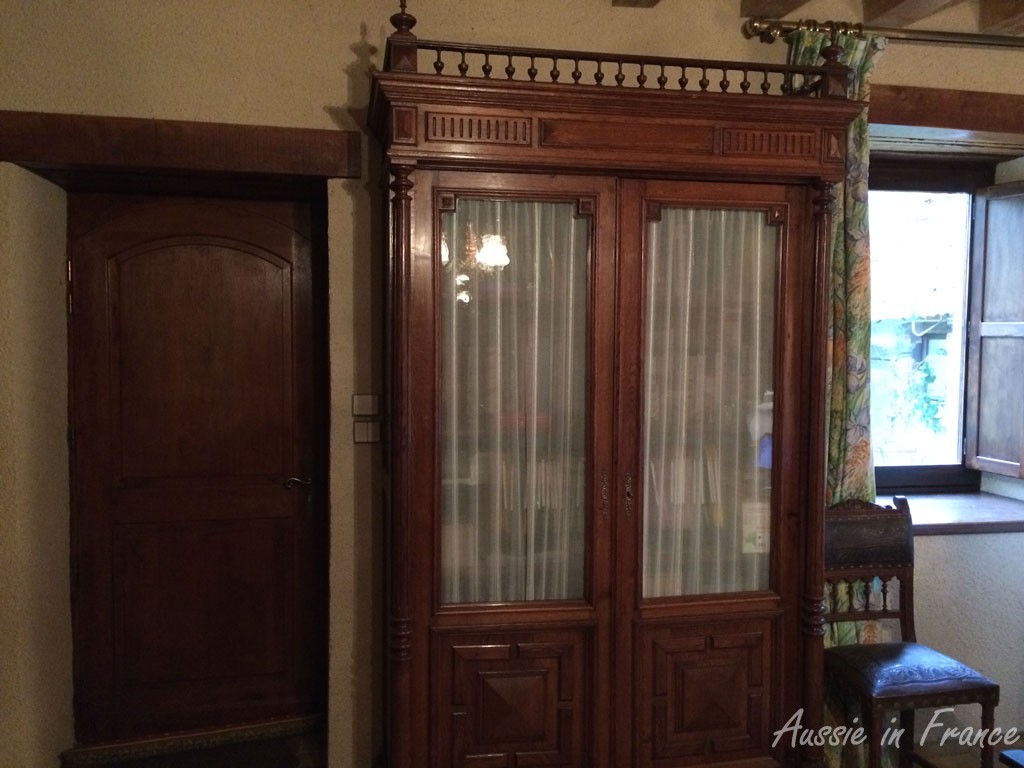 Full door in the office on the left

We have three major projects this winter. The first, which is the simplest, is to replace two timber doors with glass doors to let in some much-needed light (especially on a rainy day like today), one in the upstairs living room where the Renaissance fireplace is, and the other in our office downstairs. It’s wonderful having a 400-year old house but back in those days, the fewer the doors and windows the better because of the heating (and taxes). 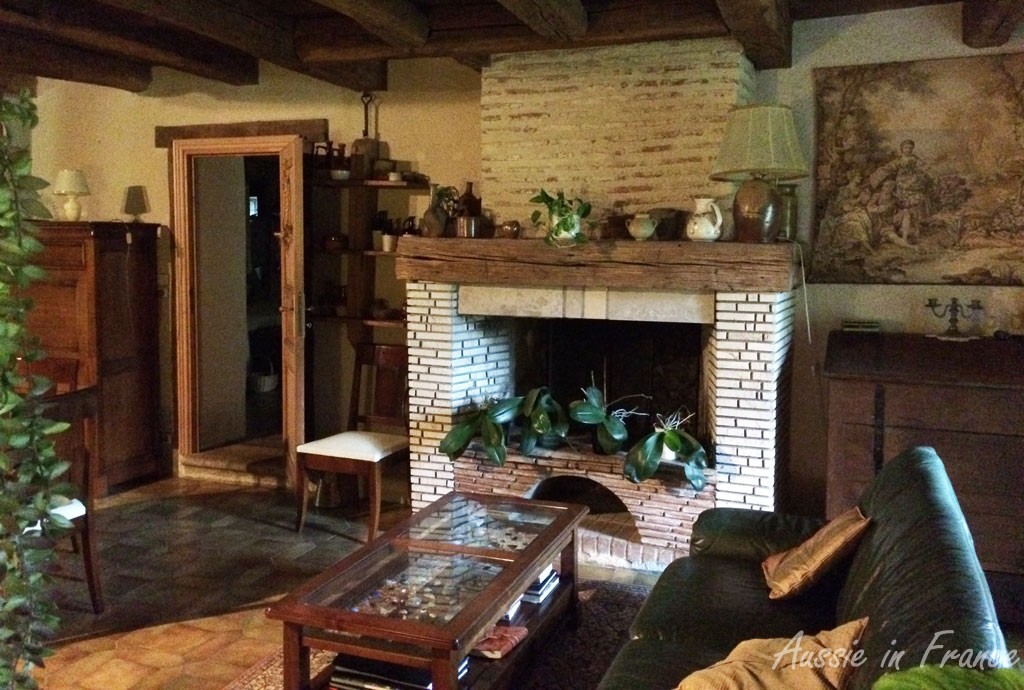 The second is to put a wood-burning stove in one of the downstairs fireplaces. At present, we have gas-fired central heating with radiators downstairs and floor heating upstairs giving us a steady 19°C. That is fine if you’re physically active but if you spend a lot of time working at a computer as I do, your fingers start to get a little chilly! Last week, we went to Tours to buy some Damart thermal underwear and mittens but a stove in the next room is a more inviting proposition. 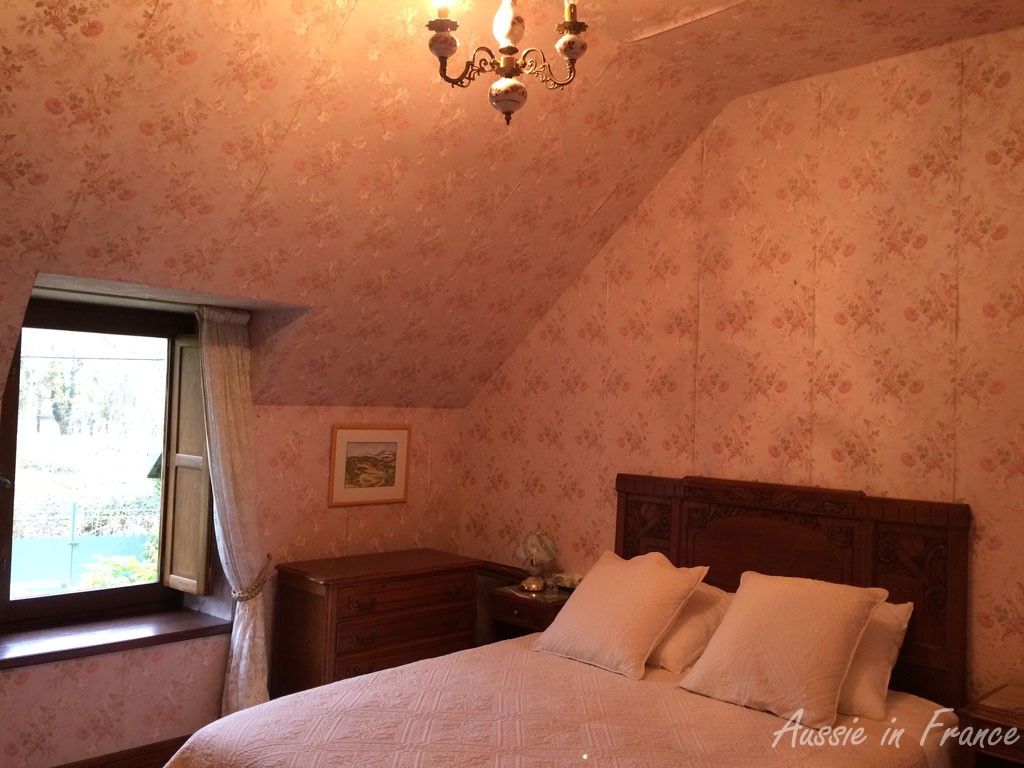 The third, which is my project, is to strip the paper off the guest bedroom which has one of those attic ceilings and paint it instead. Apart from not being particularly attractive, the current paper is starting to come unstuck at most of the joins. The only problem is the height of the room in the middle and the possible state of the walls behind the paper … 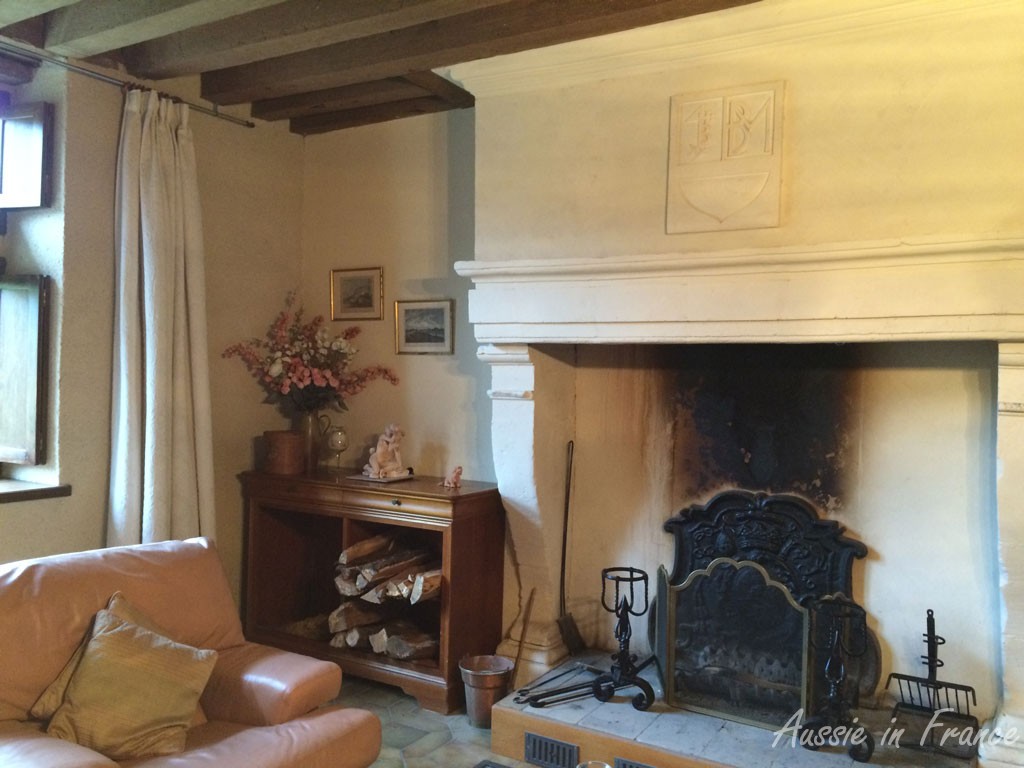 The Renaissance fireplace we renovated in the living room

So much for the practical side of things. On the emotional front, it’s proving far more stressful that I thought. Chronic fatigue, of course, probably doesn’t help. Although we have already made good friends here – and are continuing to make new ones – it’s not the same as being surrounded by the friends I have known and felt comfortable with for years. Jean Michel and I also have to find a new modus vivendi which is proving difficult for both of us in different ways. I don’t know if it would be easier or not if I was retired too but I still have another 4 ½ years to go. 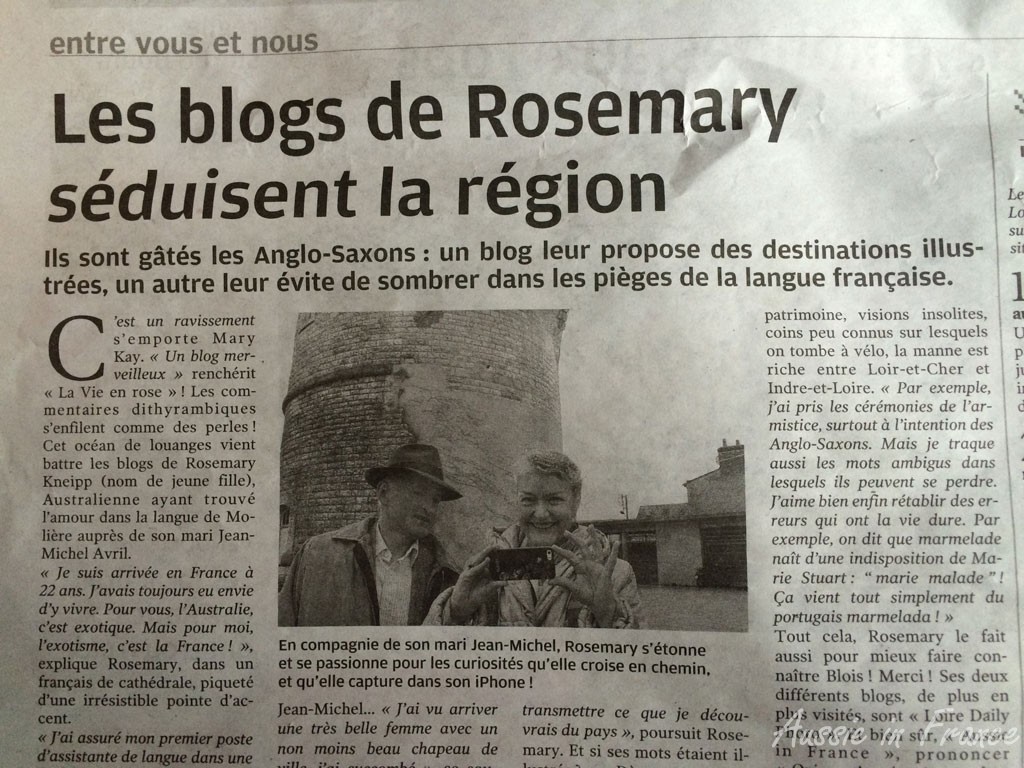 However, two things happened on Friday that have bucked me up no end. The first is that thanks to another “city daily” blogger, Stuart, from Amboise Daily Photo (Amboise is a half an hour down the river from Blois), the local paper, La Nouvelle République, interviewed us for Loire Daily Photo and the article was published on the second page under the title (in French of course) of “Rosemary’s Blogs Capture the Region”. 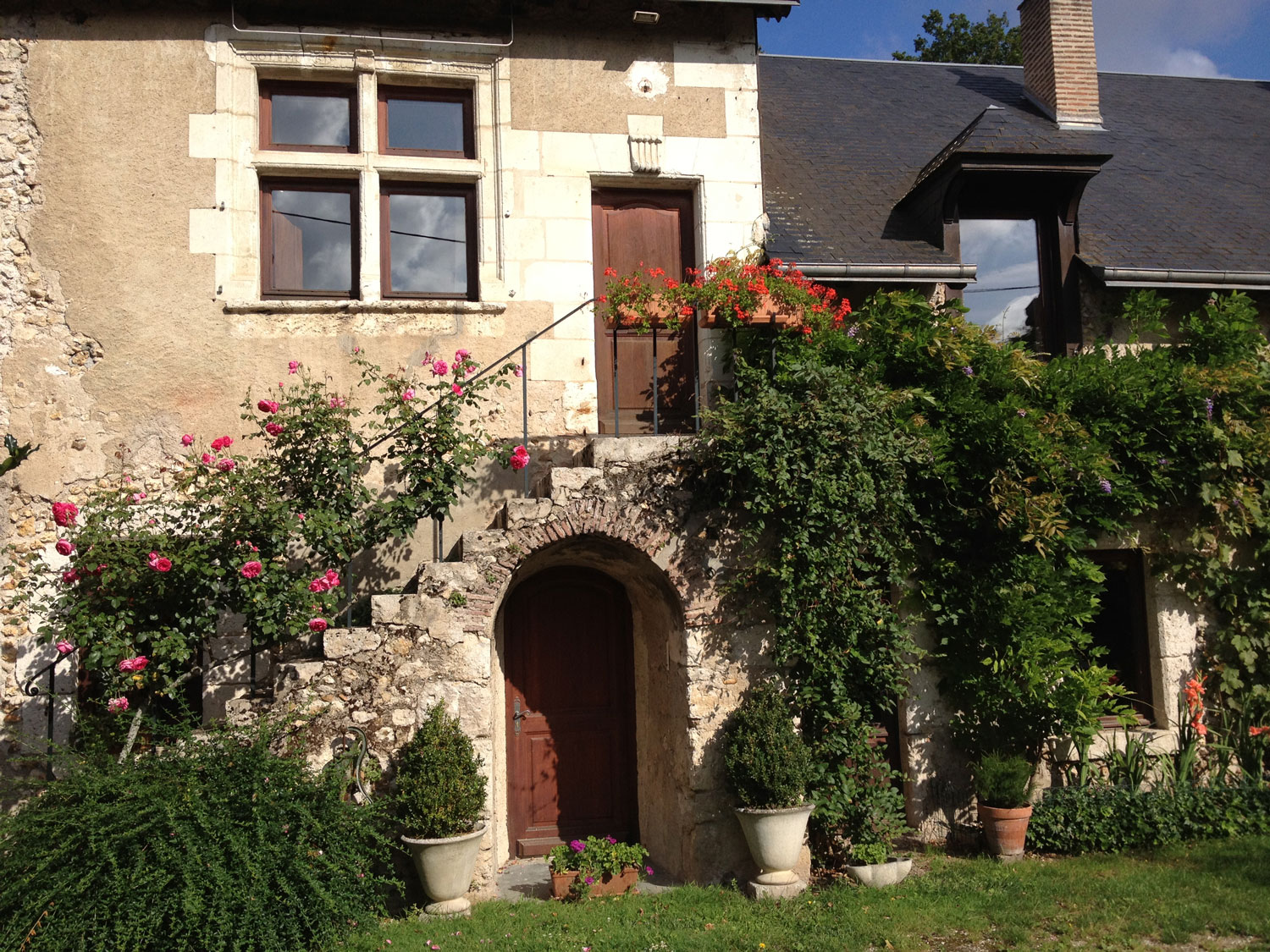 Closerie Falaiseau, with the two full doors from the outside

The second news was a phone call asking me to confirm my address to receive an invitation to be sworn in as a “traductrice assermentée”. In France, the translation for administrative purposes of many legal documents such as birth and marriage certificates as well as court rulings, judgments, etc. must be carried out and stamped by a “legal expert”. I first applied in the greater Paris area nine years ago and was refused, despite the fact that I had all the required skills and experience. However, I decided to apply to the local courts in January this year in view of our move and this time, I was successful.

It’s certainly a good start to feeling part of the local community.

20 Responses to News on the Home Front