“Je me débrouille” is one of Jean Michel’s most oft-used expressions. The verb brouiller comes from the Gallo-Roman brodiculare which is turn comes from the verb brodigar in the Italian dialect of Bergamo (a lovely city, what’s more) meaning to sully or soil, a derivative of the German brod, meaning broth. In old French, it was used figuratively to mean to alter and finally to mix up or disrupt. 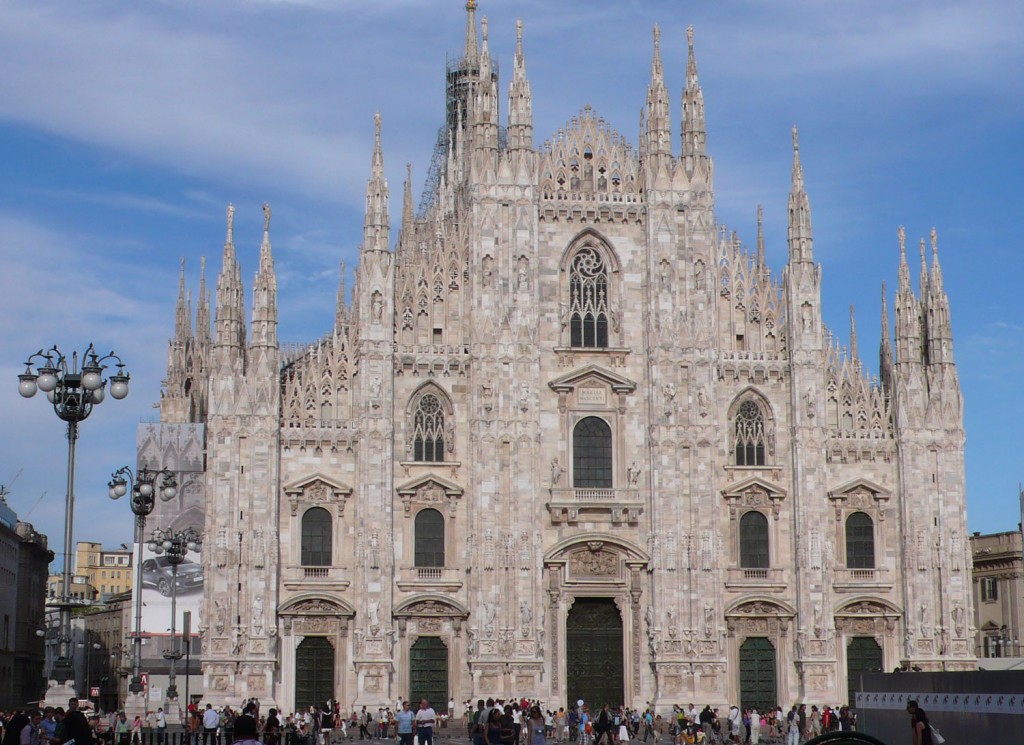 This is not Bergamo of course, but Milan, which is the closest big city.

Apart from its use in “oeufs brouillés” (scrambled eggs), the initial meaning has been lost. It is now used figuratively to mean “to create confusion by eliminating order” as in “brouiller les pistes” which literally means to cover tracks but metaphorically means to confuse or cloud the issue.

This has led to a series of uses that all revolve around the idea of something not being clear.

Il a des idées brouillées:  His ideas are somewhat muddled.

Après avoir fermé le coffre, il faut brouiller la combinaison – After closing the safe, you have to scramble the numbers.

La buée a brouillé mes lunettes – My glasses have misted up.

Now for débrouiller. Well, it’s the opposite of brouiller, used in expressions such as débrouiller les fils (untangle the thread)s, débrouiller les papiers (sort out your papers), débrouiller un élève en informatique (teach a student the basics of computing).

In the reflexive form, i.e. se débrouiller, it takes on the meaning of being able to work something out for yourself despite the difficulties, which is the way Jean Michel uses it.

Tu es sûr que tu as assez de briques? Je me débrouille : Are you sure you have enough bricks? I’ll make do.

As-tu la liste des courses? Je me débrouille : Do you have the shopping list? I’m looking after it.

Il pleut. Comment fais-tu pour le béton? Je me débrouille : It’s raining. What will you do about the concrete? Don’t worry.

In fact, the essential meaning is “don’t worry, I’ll find a way and you don’t have to ask me any more questions about it”. But I’m one of those (annoying) people who likes to know how problems are solved so I’m always asking “Tu vas te débrouiller comment ?” (How are you going to do it?). But I don’t always get an answer. I should learn to use it more myself, but being a woman, I always feel I have to give an explanation for everything!