This week’s blogger round-up is focussed on Eastern Europe, a destination I find quite fascinating. To start off, Anda from Travel Notes & Beyond tells us what you should know about Romanians before you travel to the country where she was born. Next, Australian-born Jo Karnaghan from Frugal First Class Travel takes us to mediaeval Slovenia as part of an Adriatic sea cruise. To finish off,  Andrea from Rear View Mirror, an Australian married to an Albanian, answers a question she is often asked: “Is it safe to travel to Albania?” Enjoy!

What you should know about Romanians before you travel to Romania 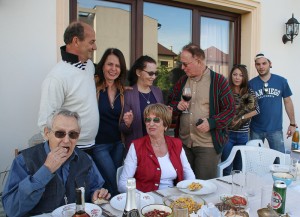 As a tourist in Romania, you may easily feel at home and forget that you are in a foreign country. But the welcoming and friendly spirit of the Romanian people will not help you bridge the cultural differences and understand their values. So in order to avoid a culture shock, there are some things you should know about Romanians before you travel to their country. Of course, Romanians are not all the same, but there are some cultural characteristics that most of them share. Read more 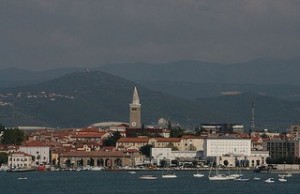 Slovenia is a country famed for its Gothic architecture and medieval towns, the most fascinating of which is arguably the coastal city of Koper in the south-west. If you’re looking to go medieval in a big way then this city provides many old town historic sights as well as easy access to the country’s popular capital city.

Ports of call on an Adriatic Sea cruise will almost always include Croatia’s famous walled-city of Dubrovnik but if you’re looking to step back in time then ensure that Slovenia’s Koper is listed on your itinerary. Read more

Is it safe to travel in Albania?

by Andrea from Rear View Mirror (formerly Destination Europe), a fellow Australian who, after 6 years of living in France, has given up her Paris apartment to live a nomadic life slowing travelling around Europe, experiencing each destination like a local. 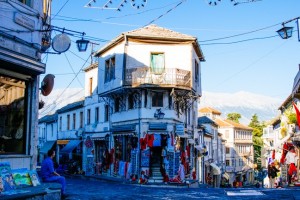 Since returning from an extended stay in Albania and publishing my guide to visiting the country, I’ve been receiving regular emails from readers wanting to know more.

Surprisingly, for me, one of the most common questions I’m asked is whether it’s safe to travel to Albania. I admit to finding this question a little perplexing. Aside from a brief period of unrest in 1997, Albania hasn’t been in a conflict since WWII.

Even during the Communist period when the country was mostly closed to outside visitors, it was still possible to safely travel around the country.

Random acts of violence are practically unheard of and even pickpocketing is uncommon. Read more