There is a saying in France that 15th August which is a public holiday heralds the end of summer and with 15°C at 11 am on Sunday 16th, it seems as though it might be true. At least it’s sunny. 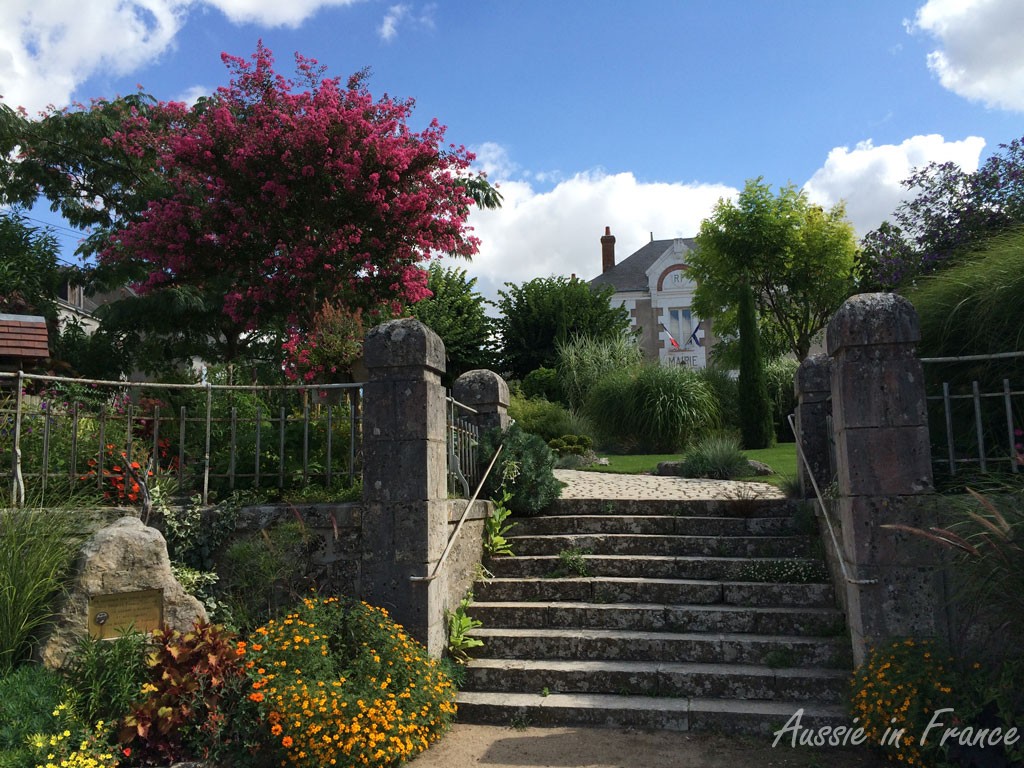 The town hall in Tavers with its garden

We arrive in Tavers, 40 minutes by car from Blois, around midday. We’ve chosen Tavers as our starting point rather than Beaugency in order to add on a few kilometers to reach our usual 40 K return. We’re not disappointed. It’s a pretty little town with a well-decorated town hall and the short cycle path to Beaugency is very pleasant, especially the view of the oldest bridge over the Loire as we approach the town. 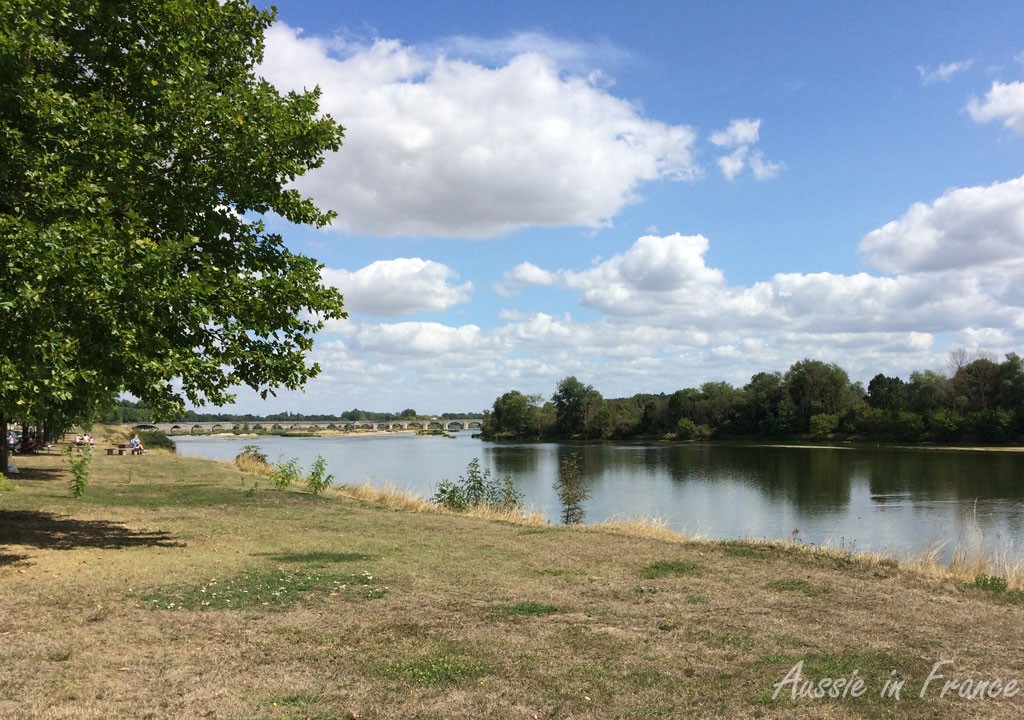 Beaugency bridge from the bike path coming from Tavers

We’ve already cycled to Beaugency before but from Mer. We’ll visit the town again on the way back particularly as I recently came here with an Australian friend and discovered a few things I hadn’t seen before and would like to show them to Jean Michel. We’re intending to have lunch in Meung-sur-Loire and don’t want to get there too late. 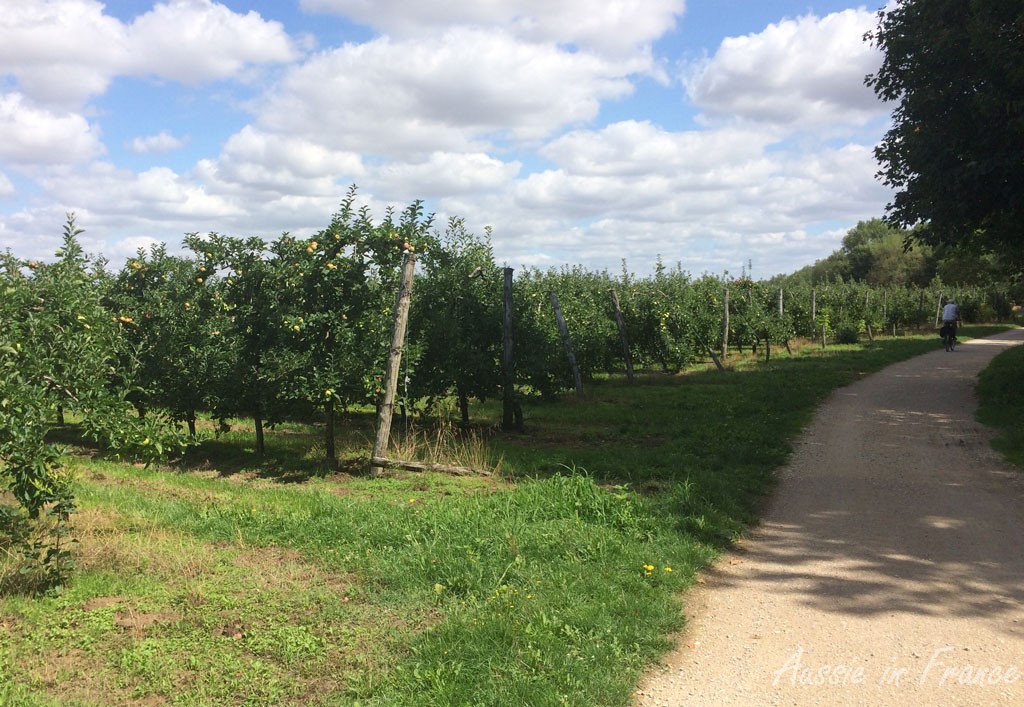 It’s a good cycle path mainly running along the river past vineyards and other crops. On the way, we suddenly come across a local fête in what seems like the middle of nowhere. There aren’t many people so we hope things will liven up during the afternoon. 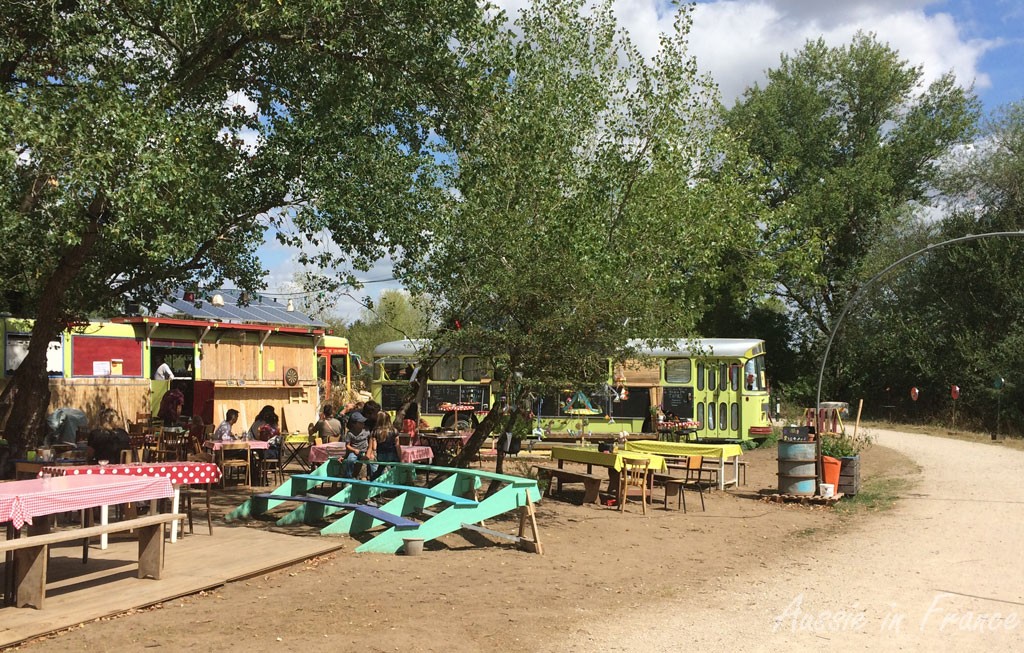 As we enter Meung, we see the main road is closed off. It’s the end of the Sunday morning market which mainly revolves around the old Halles or covered market. I later learn it was built in 1940 and renovated in 1985. 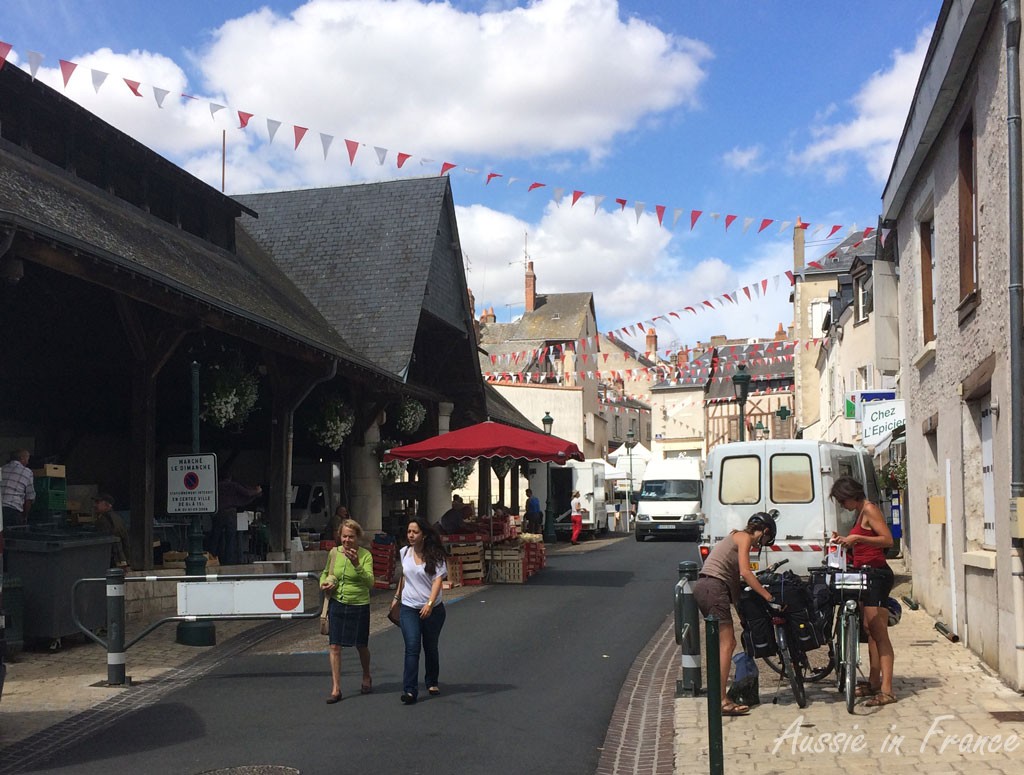 Arriving in Meung at the end of the market

We cycle up the little hill to Place du Martroi in front of Saint Liphard collegiate church and castle that we intend to visit after lunch. The last stragglers are still buying produce at the market stalls. We find a table at Le Café du Commerce, a traditional brasserie, and order fish and chips, a dish which has become very popular in France in recent times and varies considerably in quality. It’s not wonderful but still OK. 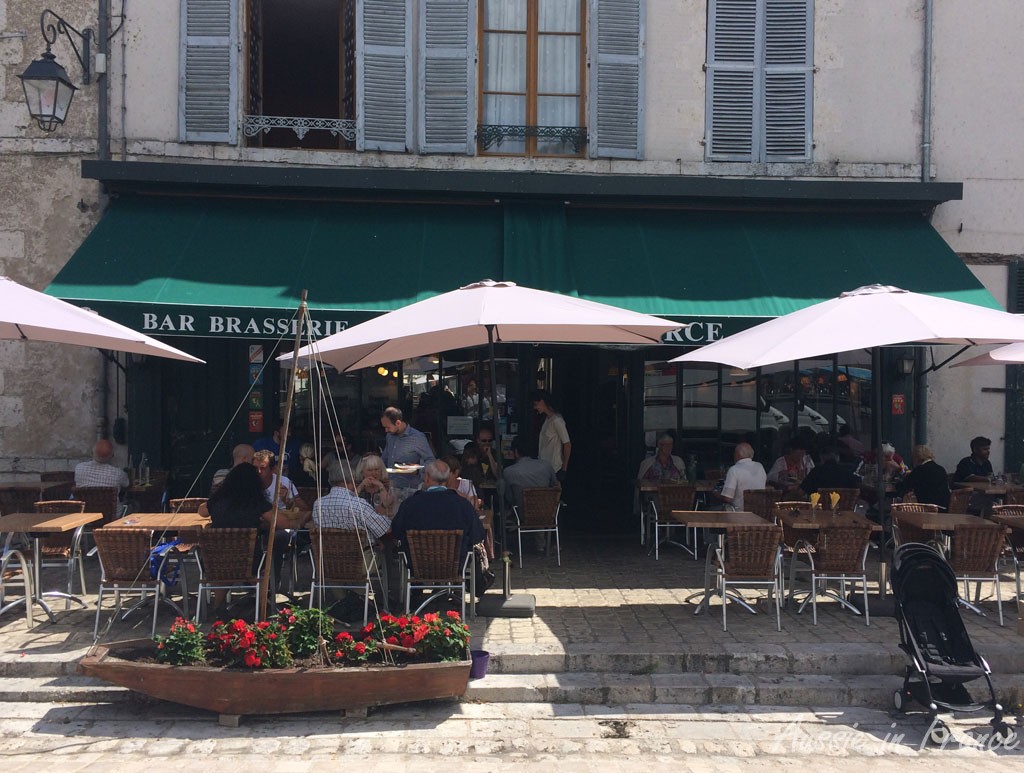 Lunch at the Café du Commerce

Next stop, the château, where we learn there are jousting matches today. There are a few people in mediaeval dress and a circle of spectators around the jousters. It all looks very amateurish and good fun. The kids and jousters are certainly getting a kick out of it. We hope there will be more people as the afternoon wears on.

Meung-sur-Loire is a privately owned castle which claims to be one of the largest and oldest châteaux in the Loire. It is badly in need of major renovation, especially some of the roofs. It isn’t a princely castle but the owners have gone out of their way to attract visitors.  Many kings, including François I and Louis XI stayed here, it seems. 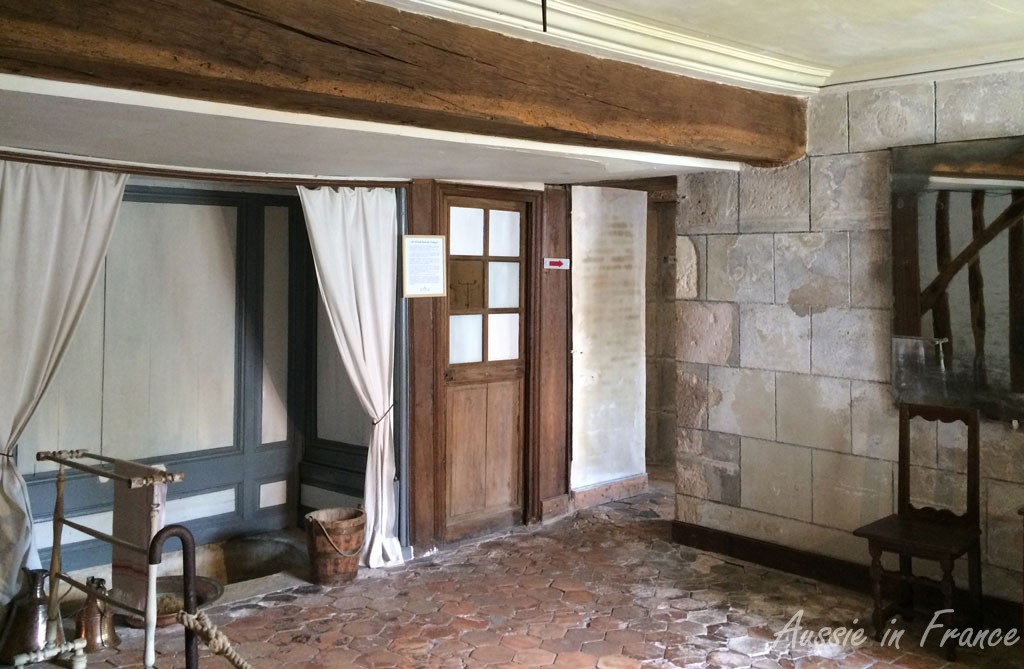 There are several unusual exhibitions, including a bishop’s bathroom, very luxurious for the times. 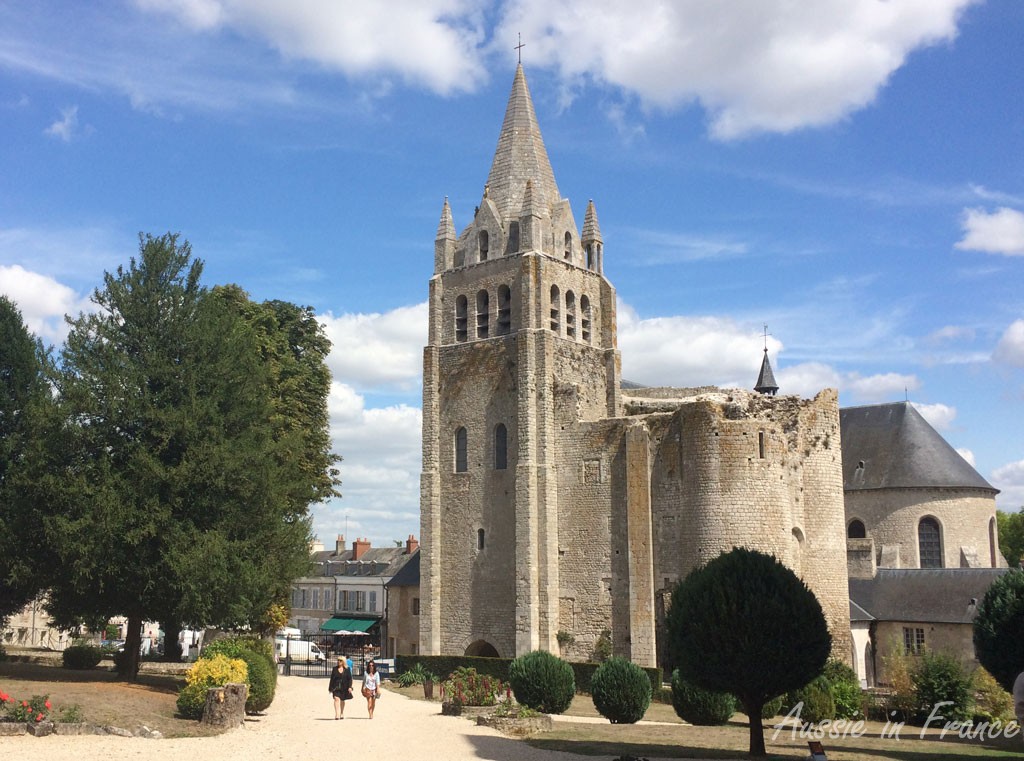 After climbing up to the rafters, we go down into the dungeons which explain why it once served as a prison. 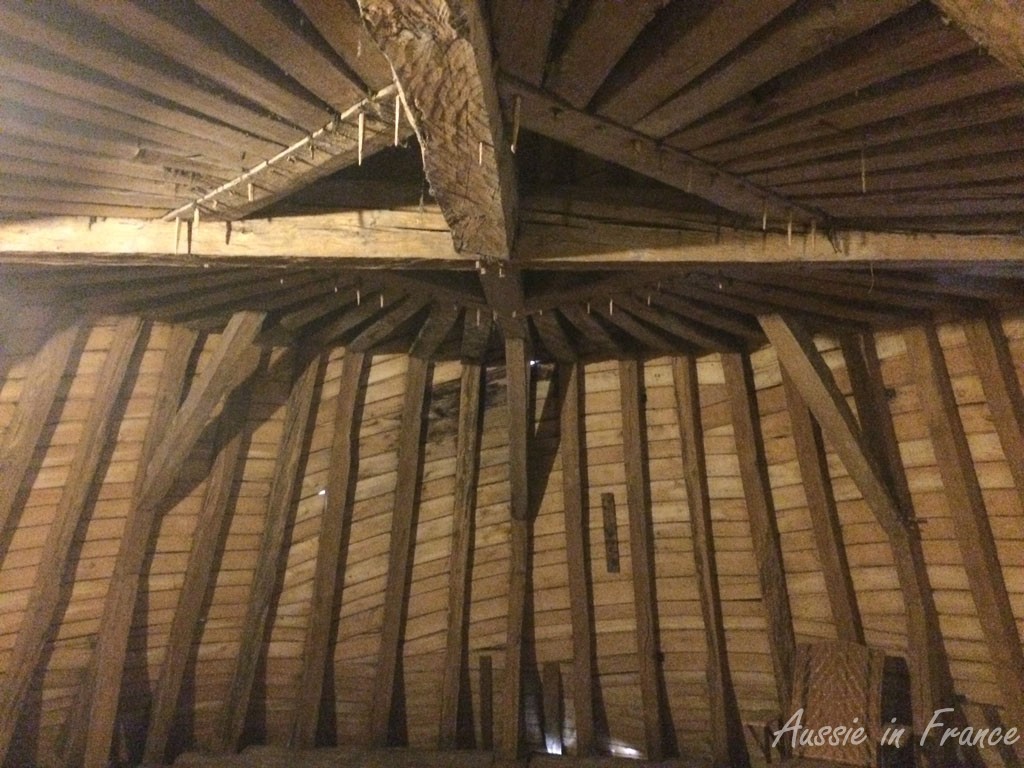 Under the roof at Meung castle

More people are arriving as we leave in the hope of seeing jousting on horseback but it’s already 3.30 pm and it was supposed to start at 3. There are no sign of the horses. 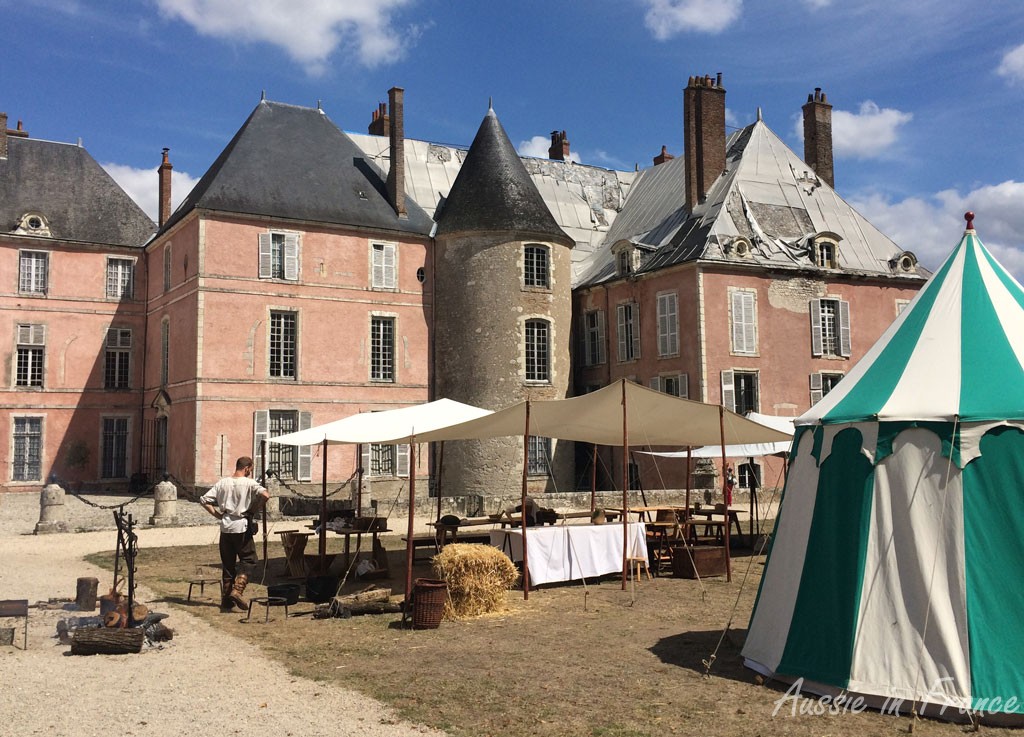 We cross the river to the other side and I am surprised and delighted to see a special traffic light for bikes. 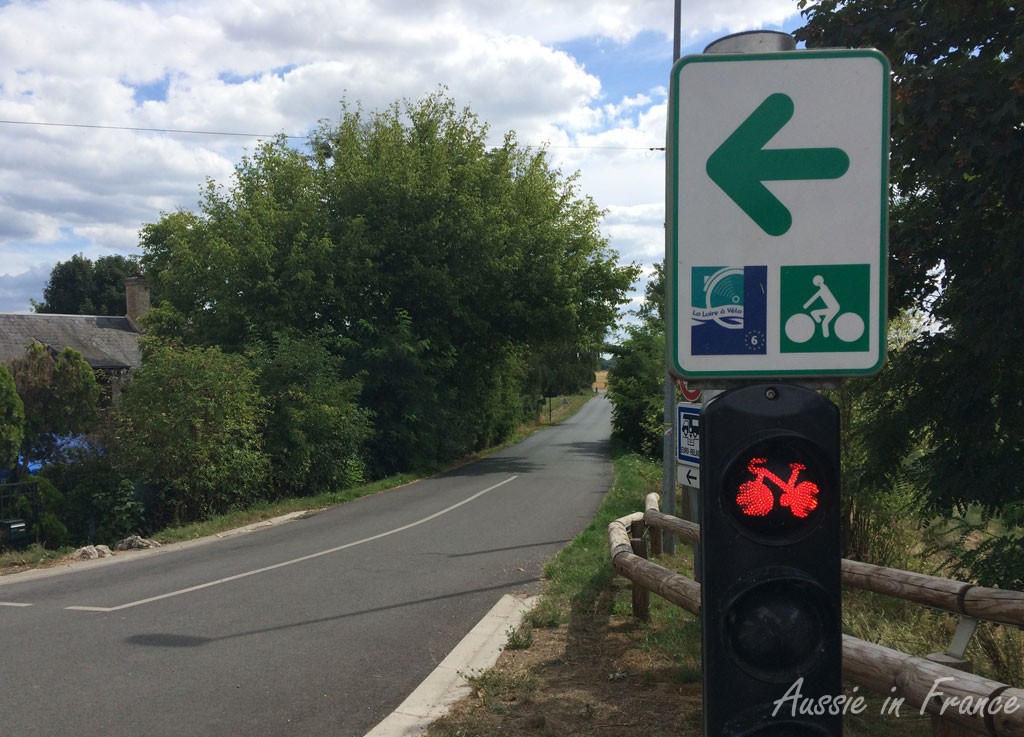 The special traffic light for bikes just outside Meung

After a few kilometers along the river, we branch off to Cléry-Saint-André to visit the Notre Dame Basilica which is also a collegiate church and royal chapel. After many trials and tribulations it was reconstructed in the 17th century. We’ve been here before but it was cold and wet and the church was closed. The town is rather deserted but more attractive than last time. 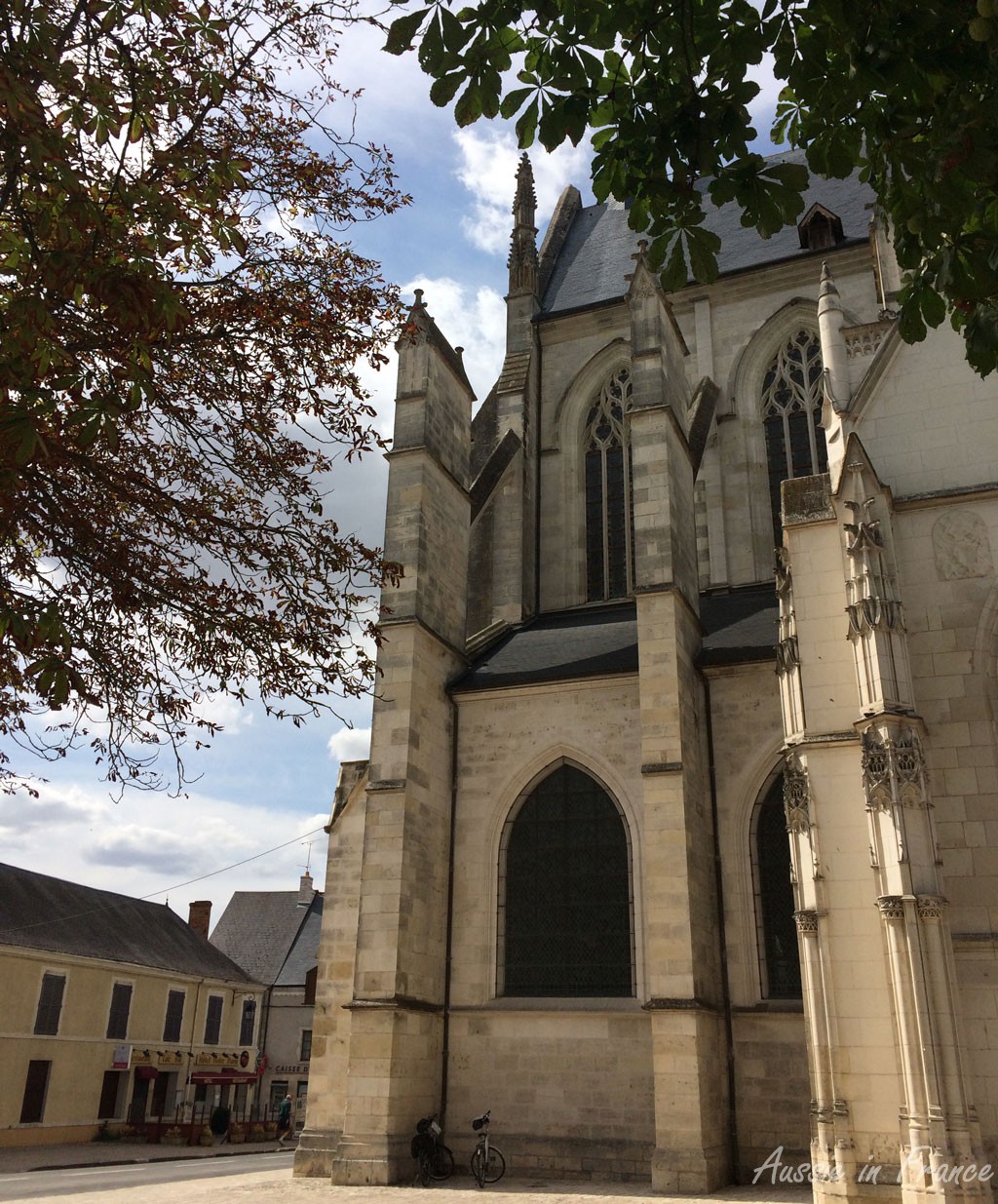 The church of Cléry Saint André

Rather than go back the way we came, we decide to follow the loop indicated by the tourist office, which turns out to be a mistake. There is nothing very attractive about the return trip and we are pleased to get back to Beaugency, especially as the last 3 kilometers are on a busy road. 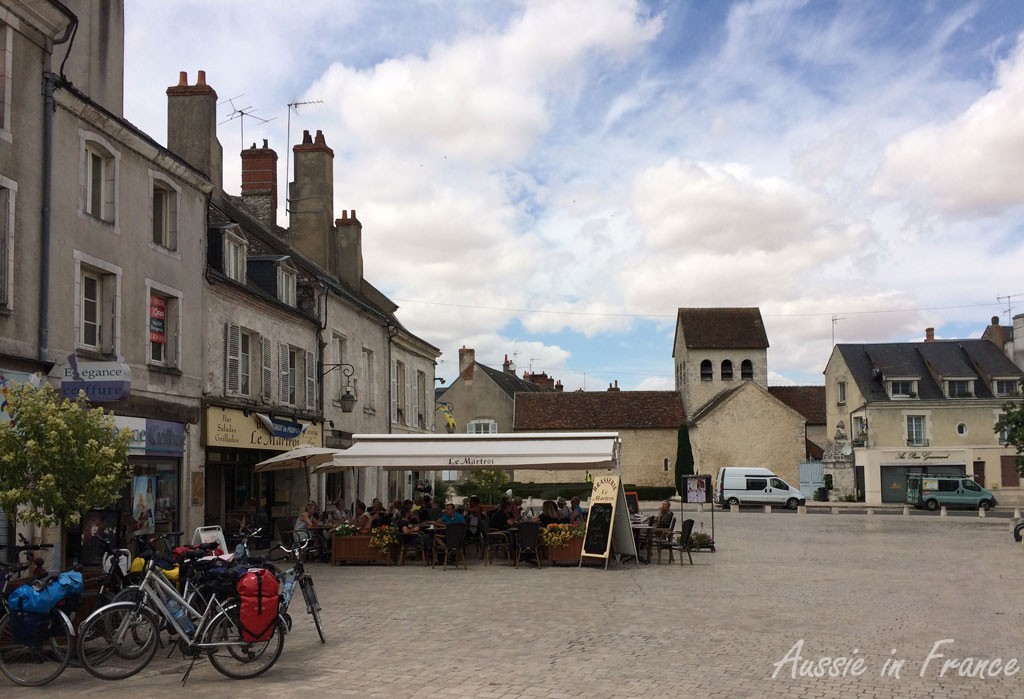 The square in Beaugency that we missed last time

At Beaugency, I take Jean Michel past the castle and on to the square we missed last time. There is a brasserie there and I’m hoping for an ice-cream. Unfortunately it’s closed and we don’t find anywhere else open that’s selling decent ice-creams so we have a cold drink instead. 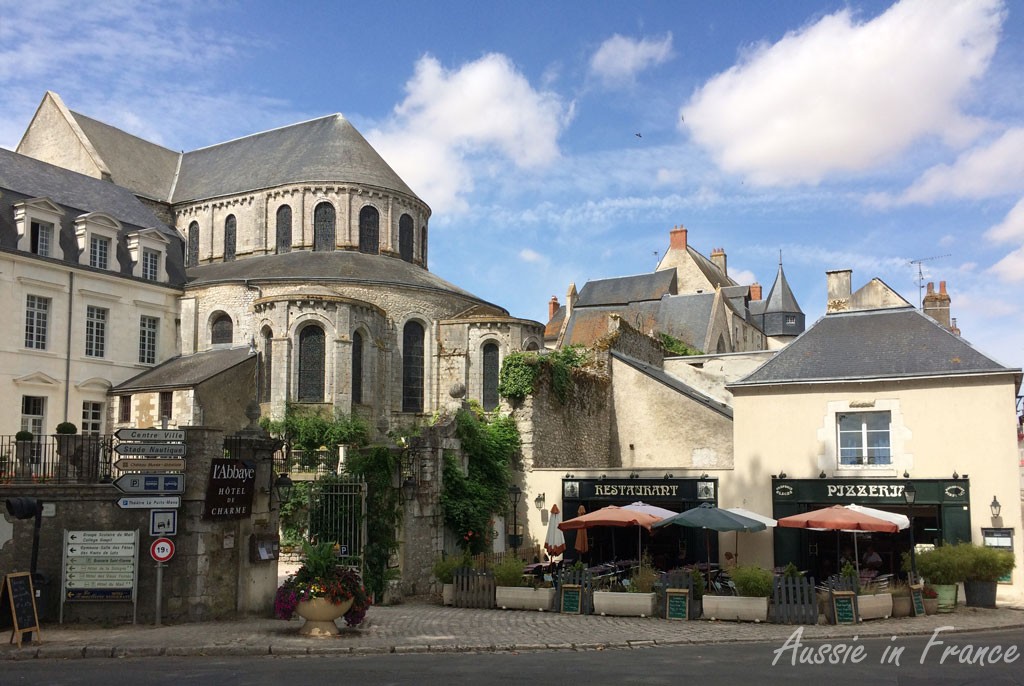 It doesn’t take long to get back to Tavers. We’re very happy to have visited the castle in Meung and seen Beaugency again – but we won’t do the loop again!