Have you ever noticed a number in France followed by bis or ter, particularly on an entrance or gate? Well, it means that a house or property has been divided up, so it’s like our a or b.  He lives at 3a = Il habite au 3bis. Bis comes from Latin – twice – while ter means three times. 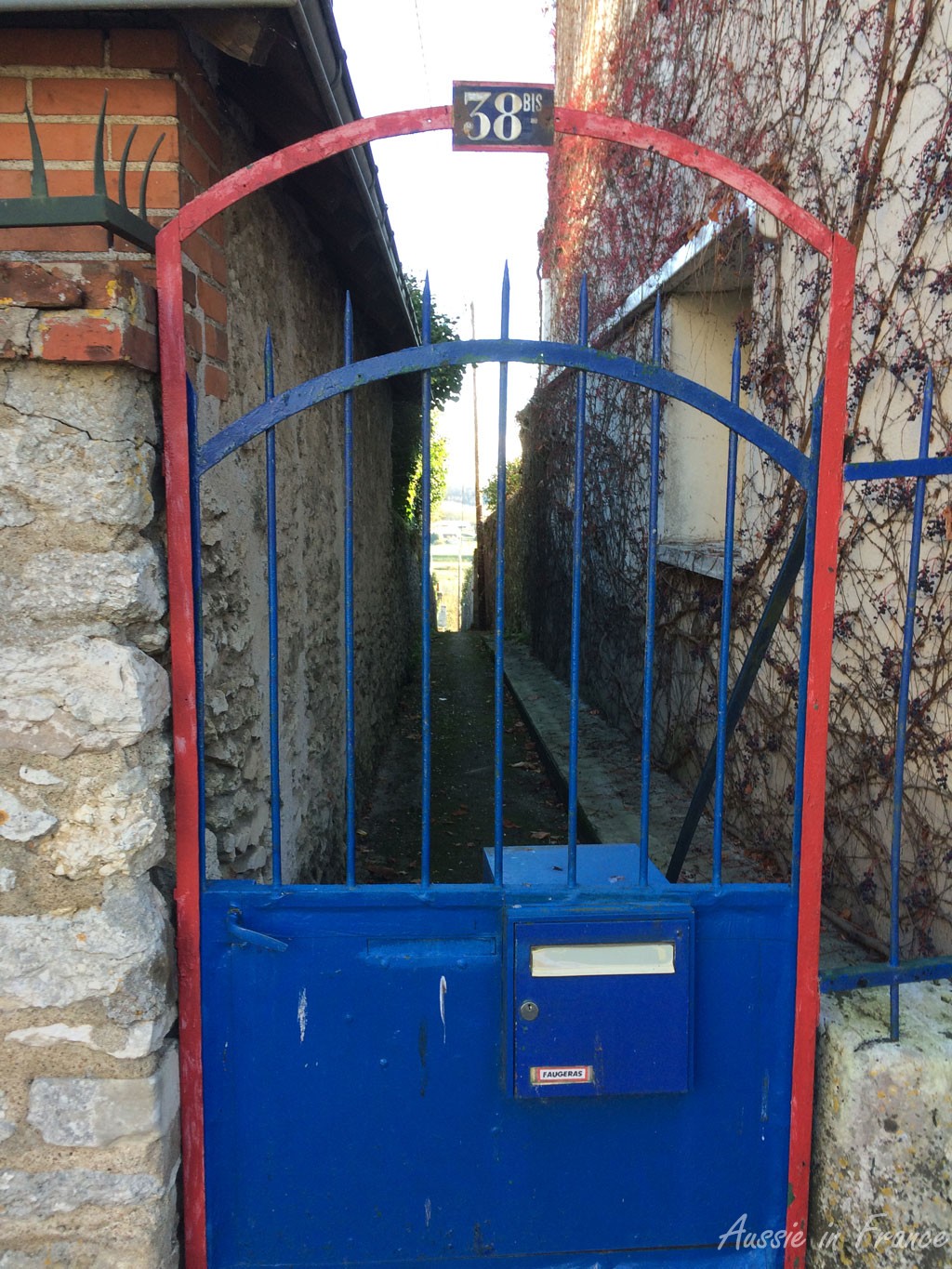 An American friend living in France told me the following: “As far as I know, there is no equivalent in the States. Every property has its own street number. I guess this is possible because all the steets and properties are relatively “new” as compared to European ones. When a street is created, all the properties and their numbers are assigned (even if there are no buildings yet on them). And in some cases there may even be some gaps in the numbering to allow for properties being subdivided. But I can’t ever recall the same street number being “shared” as here with the “bis”. Of course, it’s a different matter with apartment numbers which may have a an “A” or “B” etc.”

An Australian friend living in Australia adds: “We have 3a as well as 3 when it is a battle-axe block i.e. a house built in the back half of the property. We have a lot in our street.” Don’t you just love “battle-axe block”?

What is the system in your country?

Bis is used in other contexts in French as well. At the theatre, bis means encore which is interesting because in English, we use the French word for again. You can also say rappel from rappeler ,to call back.

To call for an encore is bisser or crier “bis”. Elle a été bissé trois fois = She had three encores. To play an encore is jouer or faire un bis. The pianist gave several encores = le pianiste  donné plusieurs bis.

An itinéraire bis is an alternative route, not exactly a detour which is déviation, but a route to avoid peak traffic, for example.

To go back to encore in French. It doesn’t just mean again. It can also mean still, only, more, even and also – just to mention a few.

Ce matin encore, il me parlait de son petit fils = Only this morning, he was telling me about his new grandchild.

I’m sure you have lots of other examples with different words in English.