Content is another one of those words that does not necessarily have the same meaning in French and in English.

Je suis contente de te voir = I am happy to see you. You can also say Je suis heureuse de te voir but I’d say it’s more emphatic. Heureux (heureuse) is usually reserved for expressing happiness: Je suis heureux d’être là = I’m happy to be here. Note that in this context, là means “here “and not “there”. I’ve written another post about here and there. 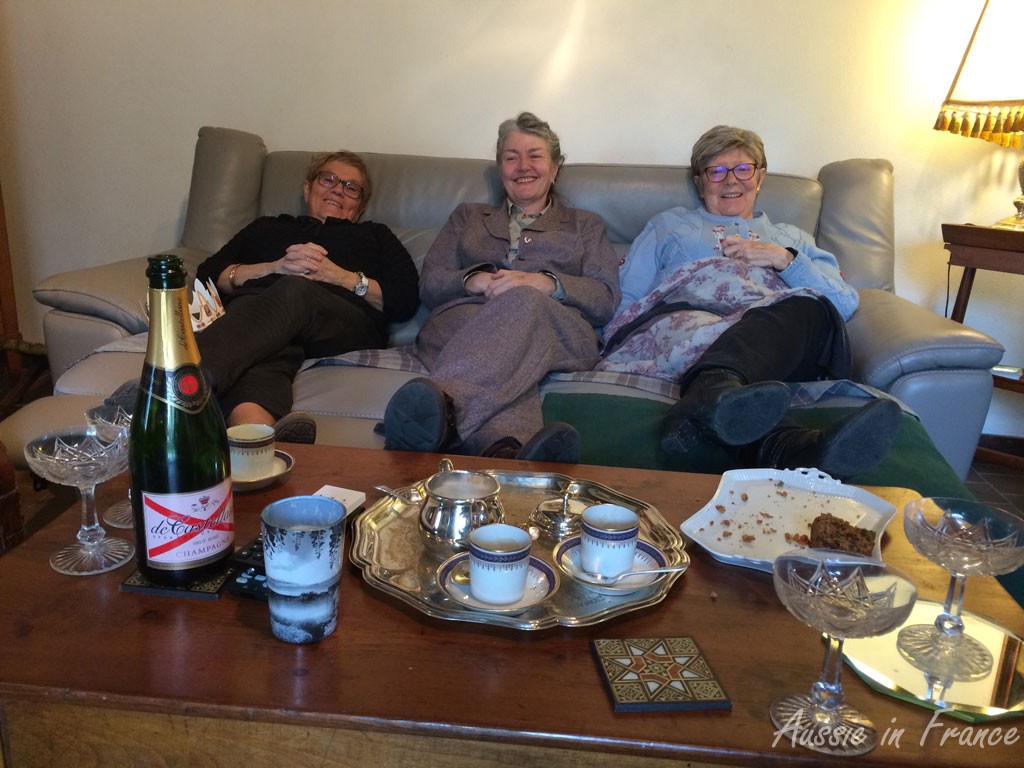 Content in French can also have the meaning of the English contented. Je suis contente de rester là = I am content to stay here or I am happy to stay here. Contentment can also be expressed by using satisfait. Je suis satisfait de mon choix – I am contented with my choice.

The above sentence is a good illustration of how different French and English constructions can be be. Also, the English jog has been borrowed as jogging and not jog (like the old footing which doesn’t even exist in English!). J’ai mis un jogging actually means I put a track suit on!

Il a l’air content = He looks happy/pleased, but not “He looks content” which would be “Il a l’air satisfait” which can also mean “he looks satisfied”. 🙂 Are you confused? The trick is deciding when the meaning is the same. There is no real difference between “he looks happy/pleased”, is there? But “content” and “satisfied” in English have the added meaning of being quietly happy, of having achieved peace of mind which is not included in the French verb.

There is, however, an entirely different use of satisfied in English which needs a different verb in French i.e. to be free from doubt.

I’m satisfied that her death was accidental means that I’m convinced about it. You would not use satisfait in French but convaincu (from convaincre = to persuade) : je suis convaincu que sa mort a été accidentelle.

I’m satisfied that I’m right = je suis convaincue d’avoir raison. This is another example of a different construction. In English, we use the conjunction “that”. It’s possible to say Je suis convaincue que j’ai raison” but it wouldn’t really “sound” French. What do my French readers think?

Heureux and happy are fairly synonymous (isn’t that lucky?) except justement (in fact) when heureux means fortunate or lucky. Someone who is heureux au jeu or en amour is lucky at cards or in love. Heureusement qu’il est là = Lucky thing he’s here. A very popular expression in French is “Encore heureux” which means “Good thing” or “Luckily” and has nothing to do with being happy. An example would be “Encore heureux qu’il soit arrivé de bonne heure ou il aurait perdu sa place” which means “Luckily he arrived early or he would have lost his place”. Note the use of the subjunctive “soit” which is correct but you wouldn’t near many people using it.

This entry was posted in French language and tagged content in English, contented in French. Bookmark the permalink.