Susan Walter from Days on the Claise was wondering recently about the use of gigue and gigot when referring to a leg of venison or lamb. 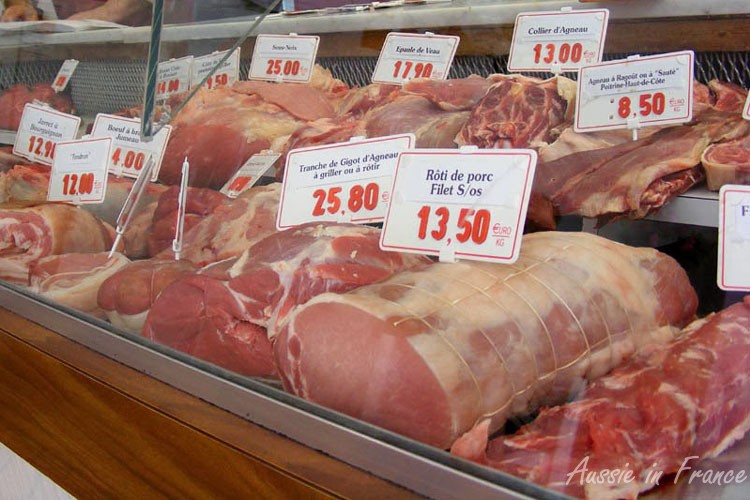 I was not aware of the term gigue as I don’t often buy venison! So I checked on the etymology and learnt that it comes from Old French gigue (1120-1150) meaning a musical instrument with 3 strings, which in turn comes from high German giga, a stringed instrument.

The shape of the instrument appears to have led to the use of gigot to describe a leg of deer or lamb which was then used jokingly to describe a person’s leg, particularly when dancing as in remuer le gigot, literally to shake a leg which, in English, of course, means to get a move on.

There seems to be no real explanation for the modern use of gigue instead of gigot in the case of venison (gigue de chevreuil), first attested in 1838, while gigot is reserved for lamb and mutton.

The term gigot also appears in the expression manches à gigot to describe mutton-leg sleeves which were first seen in the 1820s and early 1830s. By the time Queen Victoria ascended to the throne in 1837 however, they had completely disappeared in favour of a more subdued style. They came back in again towards the end of her reign in the 1890s more overblown than ever – much to the ridicule of the media – until 1906 when the fashion once again changed.

Although it looks very similar, gigoter is a bit more complicated. Gigoter means to wriggle around. You’d use it for a baby moving its arms and legs all the time, for example, or a little child who can’t stay still:

Etymology-wise, there are two possibilities. It is either a derivative of gigot or it  comes from the Old French verb giguer meaning “to kick” (1694) or “to move its legs around” (1718, when speaking of an animal in agony). It also used to mean “to dance” but has lost that meaning now. Guincher, which is slang for “to dance”, may be derived from the same word though.

Which (naturally) makes you think of jig, a form of lively folk dance which developed in 16th-century England, and was quickly adopted on the Continent where it eventually became the final movement of the mature Baroque dance suite (from French gigue; Italian and Spanish giga).

My apologies to Susan for not coming up with a better explanation!

This entry was posted in Food, French language and tagged leg of lamb in French. Bookmark the permalink.