Wednesday again and more great posts from other people’s blogs. Fellow Australian Kathy Stanford from Femmes Francophiles is making the most of her stay in Paris and has come up with some more unusual visits, including Deyrolle’s taxidermy shop. The American Girls’ Art Club in Paris reviews “The Greater Journey” featuring the story of impressionist Mary Cassatt among others while Experience France by Bike takes us cycling in Basque country, perhaps one of the most scenic cycle paths on the Atlantic Coast.

by Kathy Stanford from Femmes Francophiles 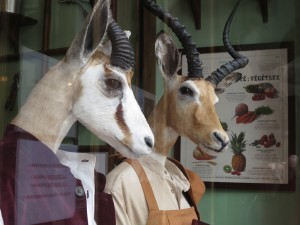 Things don’t always turn out as you expect when on holidays. I hadn’t noticed that the Balabus tourist bus between La Defense and Gare de Lyon only operates on Sunday afternoons and public holidays. Having already walked to La Defense from my apartment I decided to take bus 73 to Musée d’Orsay. I wasn’t planning on visting the museum but the bus takes much the same route as the Balabus past some of Paris’s well known locations. Read more 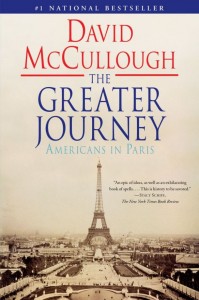 In The Greater Journey (Simon & Schuster U.S. paperback edition available May 15), McCullough turns his storytelling gifts to the multiplicity of Americans who came to Paris between 1830 and 1900.

As McCullough says, “Not all pioneers went west.”

Among these pioneers were young men and women who would come to study art in Paris, including George P. Healy (who would go on to paint Abraham Lincoln’s portrait), John Singer Sargent, Mary Cassatt and Augustus St. Gaudens (whose Civil War sculptures and monuments can be found in parks all over the United States). Read more

by Experience France by Bike, an American in love with cycling in France who tries to come here as often as she can 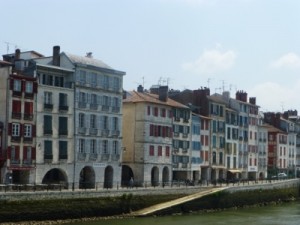 If you love history, Bayonne is definitely a town that you will want to explore. Situated on the Nive and Adour Rivers, Bayonne has thrived both as a military stronghold and a bustling port, and both have contributed to the town’s history. The town is very unique and charming, dominated by its rivers and military fortifications. Bicycling along the quaysides, through the narrow streets of the old city, and along the town walls, you quickly get a sense of the history of this place. Read more