Outside of France, everyone celebrates “Bastille Day” while the French call it “le quatorze juillet” (14th July). The very first year I was in France (in 1976, the summer that has gone down in French history as the hotest in a century – this one could well be remembered as the coldest), I celebrated 14th July watching the fireworks on a beach in Biarritz. Unforgettable. And the fireworks have remained  the highlight of France’s national holiday for me every since. 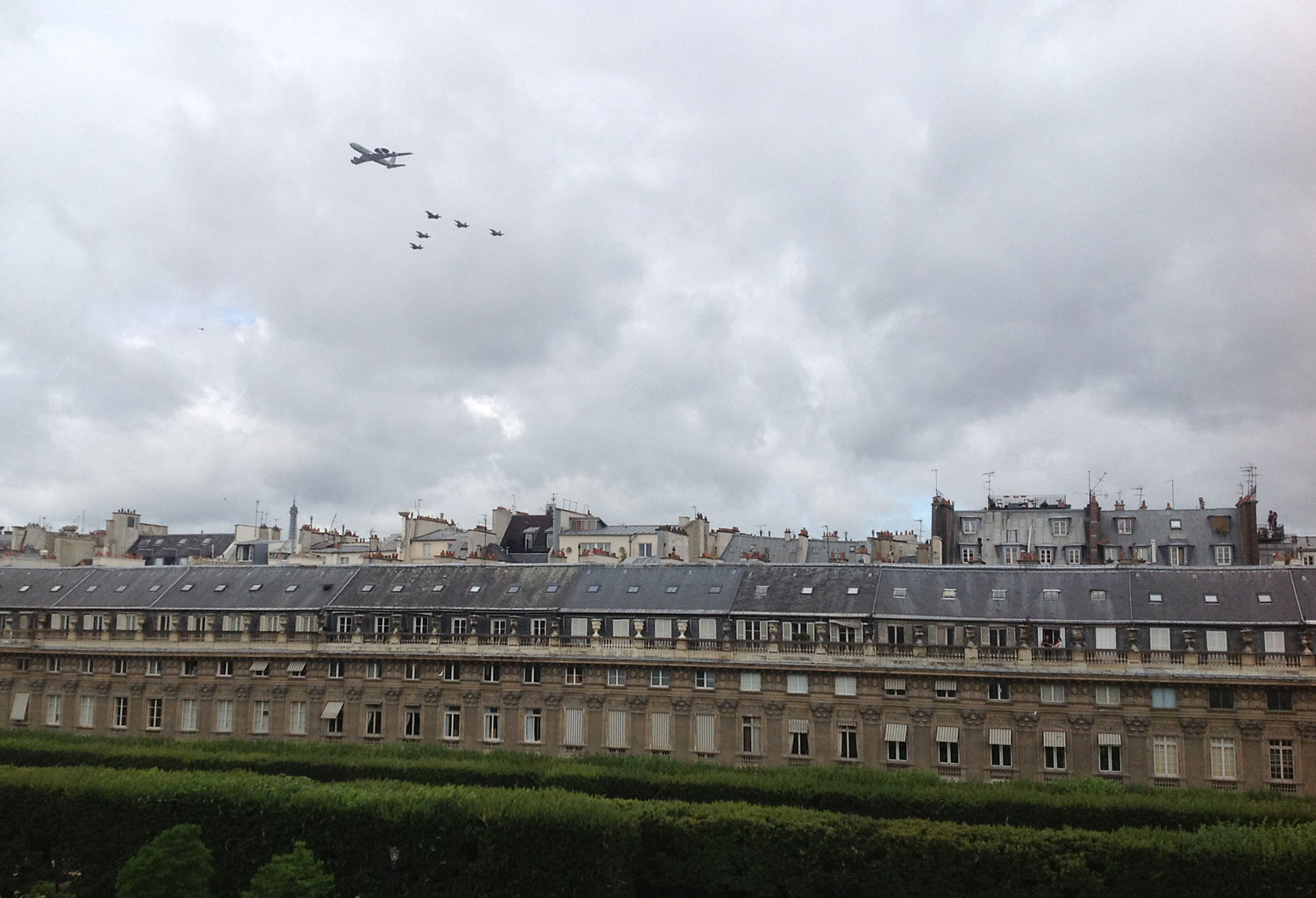 Planes flying over the Palais Royal on 14th July 2012

When Leonardo was little, I can remember taking him into Paris to see the fireworks at the Champ de Mars but found the crowds horrendous. After that, we always went to our local fireworks in Fontenay sous Bois, near Vincennes in the east of Paris. To start off with, we could walk there and secondly we could sit down and chat to all our friends. There was a different theme each year and the standard was usually pretty good.

But now that we live in Paris, we have a secret venue. We watch the fireworks from a vantage point on the top of a six-story building. We don’t get to see them close-up of course, but having Paris spread out unhindered before us is pretty exciting. We take our bincoculars of course and in addition to the fireworks next to the Eiffel Tower, we can see others in the distance. But the weather report is not looking good for tomorrow night so we may be staying home …

American blogger Mary Kay from Out and About in Paris has given an excellent run-down today of all the celebrations in Paris. Here’s her post:

Put on your dancing shoes and get ready to boogie down! The official schedule for July 14, 2012. National Day in France.

I took this photo this morning. Do you notice anything different about the Eiffel Tower? 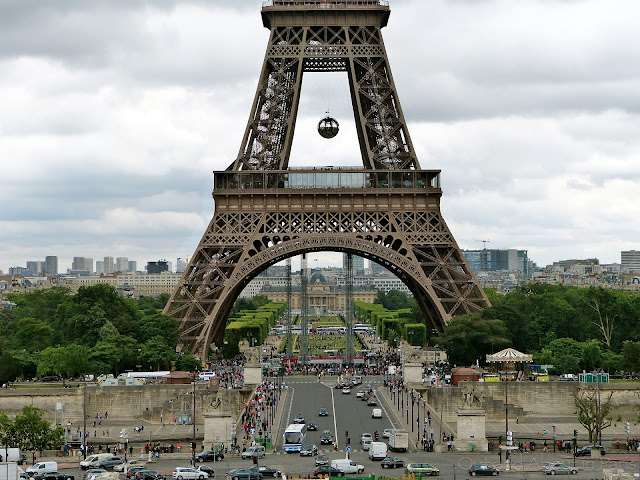 Take a closer look. Those of you who have an acute sense of observation and were alive in the 1970s and early 80s will probably recognize that big sphere as a disco ball. That’s right! Paris is getting ready to boogie down to the tunes of “It’s Raining Men”, “YMCA” and “I Will Survive” when it celebrates National Day on July 14. Put on your platform shoes, bell bottoms and tank tops and join the fun at the Champs de Mars.

This entry was posted in French customs, Paris and tagged 14th July celebrations, Bastille Day 2012, Eiffel Tower, out and about in Paris blog. Bookmark the permalink.