Liege-Guillemins – Europe’s Most Impressive Railway Station – Fougères and the St. James American Cemetary, Brittany – Cycling the Atlantic Coast: Likes, Dislikes and What I Would Do Differently

In my bloggers’ round-up this week, we start off in Liège in Belgium with a description of an iconic railway station by Kathy Standford from Femmes Francophiles who also shares her impressions of the Thalys train service. Abby from Paris Weekender then takes us on a trip to Fougères, which is also one of my favourites, discovered by accident on a return trip from Brittany. Experience France by Bike then sums up her recent trip along the Atlantic Coast.

by Kathy Stanford from Femmes Francophiles a fellow Australian and Francophile who is spending 3 months in Europe, based in France 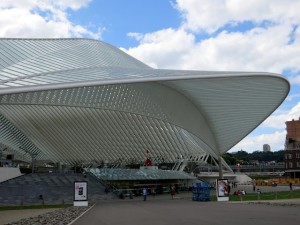 In just over 2 hours after boarding the Thalys train at Gard de Nord in Paris, I arrived in Liège, Belgium at the spectacular Liège-Guillemins station. It has been described as one of the most impressive railway stations in Europe – and I would have to agree. Designed by the Spanish architect, Santiago Calatrava Valls, it was inaugurated in 2009. Nestled against a tree-covered hill, the station is described to be in the shape of a woman lying on her back. It is easy to see why with its steel, glass and white concrete, wavelike structure rises 32 metres and extends 160 metres. Read more.

by Abby from Paris Weekender, a collection of ideas for Paris weekends: staying put and getting out of town 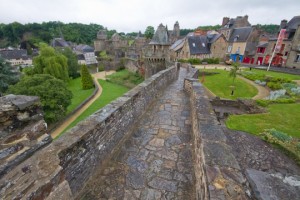 Near the border of Brittany and Normandy in the department of Ile-et-Vilaine (Brittany), equidistant between Rennes and the northern coast, lies the medieval city of Fougères. I had often driven right past Fougères. It’s hard to drive all the way to Brittany and not head straight for the coast. Yet Fougères makes a perfect stop for a few hours on the way to Le Mont-Saint-Michel, Saint-Malo, Dinan or further west. Read more.

Cycling the Atlantic Coast: Likes, Dislikes and What I Would Do Differently 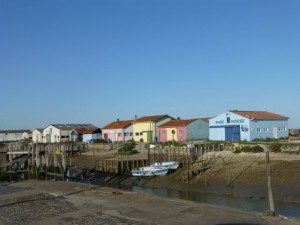 Looking back at my recent bicycling trip along the Atlantic Coast of France, the first word that comes to mind is adventure.  This is funny because that really wasn’t what I had in mind as I embarked on this trip!  This was my first trip to explore “La Velodyssee”, the French portion of EuroVelo 1, stretching from Roscoff to the Spanish border and I really had no idea what to expect as far as the route was concerned.  I researched the route thoroughly, knew which deviations I wanted to take, and, like all cyclists, hoped that the weather would cooperate. Read more.

4 Responses to Liege-Guillemins – Europe’s Most Impressive Railway Station – Fougères and the St. James American Cemetary, Brittany – Cycling the Atlantic Coast: Likes, Dislikes and What I Would Do Differently