12 Tips for 1st-Time Visitors to Paris – 42,000 Canal du Midi Trees Threatened by Fungus – Looking for lobster on Martha’s Vineyard and the Fresnel lens

We’ve been experiencing a heat wave this week in Paris so everyone has gone into slow motion. But there are still some bloggers out there! Abby from Paris Weekender gives us 12 very useful tips for first time visitors to Paris, Experience France by Bike tells us about the sad demise of plane trees along the Canal de Midi due to a fungus, while Mary Kay from Out and About in Paris, currently in the US, tells us the origin of the Fresnel lens developed by a French physicist. I’m sure you know what that is …

12 Tips for 1st-Time Visitors to Paris 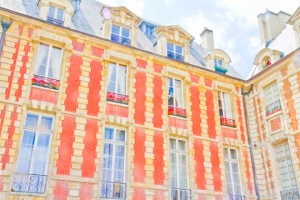 Your first visit to Paris is exciting but may also be intimidating, especially if you have limited time and you do not know the language. I decided to write out my most common recommendations when I am asked, “I’m visiting for the first time – what should I do?”

Pick the neighborhood where you are staying carefully. Do a bit of research on the various neighborhoods of Paris before you pick your lodgings. Picking the neighborhood carefully though does not necessarily mean picking the most central or touristy area. While it is hard to go wrong with a hotel or apartment in Saint Germain or in the Marais, you may find just as pleasant accommodations in the less touristy or less central neighborhoods. Read more 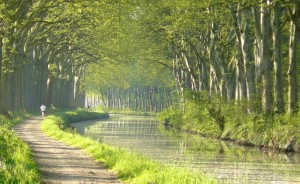 One of the best-known and most popular bike routes in France is dealing with an environmental tragedy that will impact the route for many years to come.  A microscopic fungus called canker stain was first discovered on trees along the canal in 2006.  This fungus is easily transported so it quickly spread along the Canal. There is no cure for the fungus and once a tree has been infected, it dies within several years.  Through 2011, over 2500 trees had already been destroyed. Since there is no treatment for this fungus, a decision was made last year to ultimately destroy and replace all 42,000 plane trees that line the canal. Read more

Looking for lobster on Martha’s Vineyard and the Fresnel lens 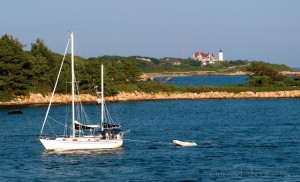 What is it that compels people to load a boat with supplies and set sail towards the horizon? Whether it’s the desire to start a new life, explore exotic lands or dine at a restaurant that serves freshly caught lobster, it helps if there’s a lighthouse to guide the way.
Thanks to an old photo of the Gay Head Lighthouse that Stephane noticed while we were traveling on the ferry from Woods Hole to Martha’s Vineyard, Massachusetts yesterday evening, we learned that seafaring people have long been thankful for the Fresnel lens developed by French physicist Augustin-Jean Fresnel. Described as amazing, brilliant, super-efficient, magical light machines, the multi-prism glass lenses were used by all of the lighthouses in the United States by the time of the Civil War. Read more

This entry was posted in Cycling, France, Paris, Sightseeing, Travelling and tagged Experience France by BIke, fresnel, out and about in Paris blog, Paris Weekender. Bookmark the permalink.

2 Responses to 12 Tips for 1st-Time Visitors to Paris – 42,000 Canal du Midi Trees Threatened by Fungus – Looking for lobster on Martha’s Vineyard and the Fresnel lens