Bikes I Have Known

When I was little, my mother was always very concerned about my welfare so I didn’t have a bike. As a result, I spent hours after school learning to ride my classmates’ bikes. I finally got one when I was 13. However, I was only allowed to ride it on the street if I promised to only make left turns. Being an obedient child, I did what I was told. Going to school was fine but it was a bit tricky coming home because there was a big gully behind our place so I had to triple the journey. I soon gave up. 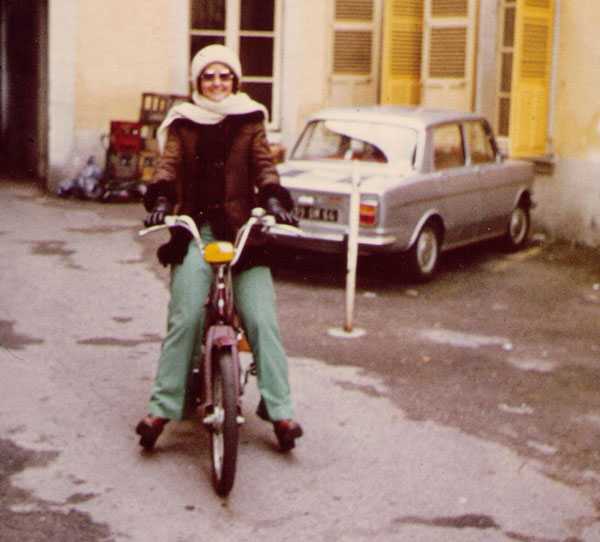 I didn’t ride a bike again until about ten years later when I was living in France. When I first moved, I bought a moped but it was stolen twice, the second time for good. So I bought a bicycle instead. It was one of those bikes, a Gitane I think, where you have to bend over and I never really felt comfortable on it even though I could make all right turns I wanted! I did like the freedom of riding a bike out in the country though. I eventually lent it to an Australian friend who took it to Amsterdam where  it was stolen. She went to the police station and they took her into a room full of bicycles and told her to choose one. She selected a very nice Gazelle. I don’t think I ever rode it.

I lent it to another friend in Paris who had it stolen while she was at the swimming pool. I told her not to worry about replacing it because I couldn’t ever see myself riding a bike again. 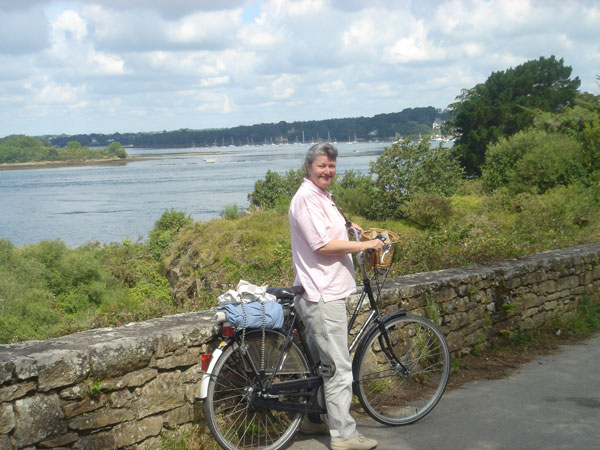 After I met Relationnel we went on a holiday to the Netherlands and I was very taken with the way the Dutch would ride through the parks and over the canals with the greatest of ease, an umbrella or flowers in one hand. The bikes there were quite different – the rider could sit up straight and didn’t have to bend over the handlebars. So when we got back to Paris we went to a special shop that sells Dutch bikes and I tried one out on the pavement. When I said I’d take it Relationnel was very dubious. 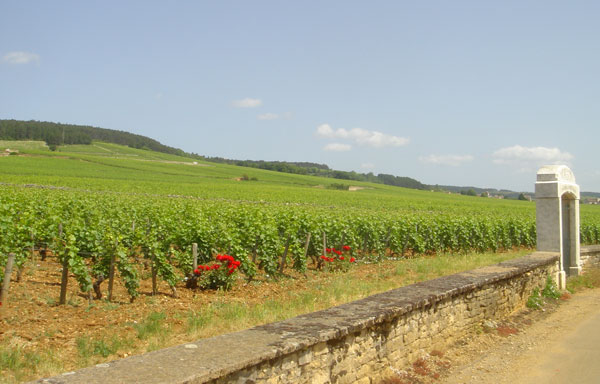 But we started riding on a bike path along the Marne and I loved it! It took me a while to feel comfortable when I had to negotiate the pedestrians, particularly those with prams and young children. I was always sure I was going to run into them. I pedalled all the time and when I came to a slight rise, I’d go like crazy beforehand because I didn’t like changing gears (I only had three) because you had to stop pedalling to do so. I eventually learnt to change the  gears without having to think about it and we started going on longer trips. I especially remember cycling through the world’s most famous vineyards in Burgundy where there are lots of hills. It was the one time I didn’t get a sore rear end. 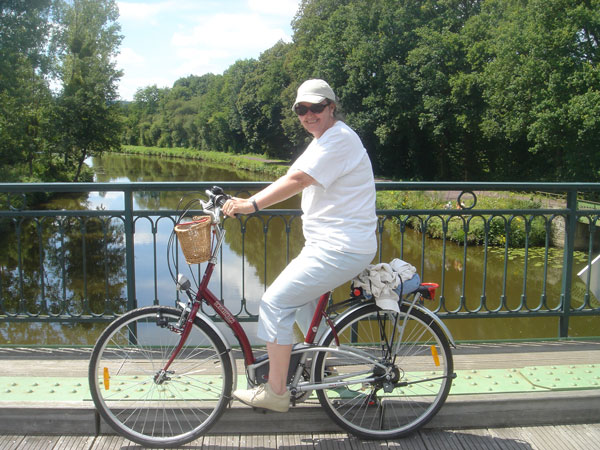 As time went on though and cycling began to play a larger role in our lives, I thought I should move onto something more sophisticated and which had a few more gears. As I still wanted to be upright I bought a French ladies bike with 18 gears from Decathlon. It proved to be too small so we went back to the shop and changed it. The difference going up hills was amazing and we were able to attack the rugged west coast of Brittany. However, the problem of a sore rear end remained when we cycled for any length of time along a canal, for example. I figured I needed better suspension. 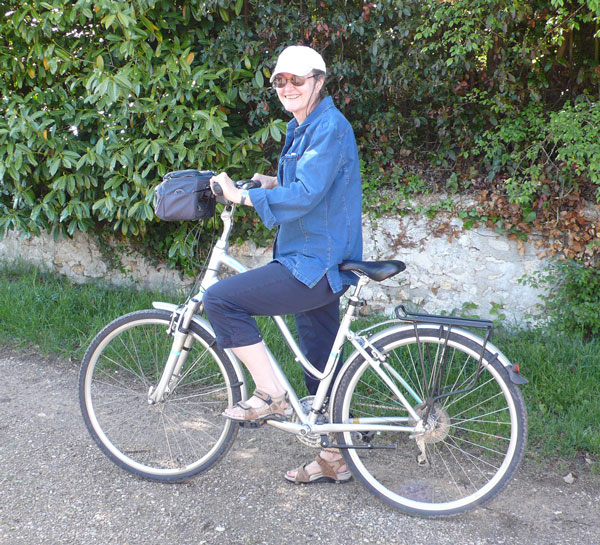 Relationnel did some research and we went to a specialised bike shop in Normandy. I asked for advice and had an epiphany as Black Cat says. Up until then, I had refused to try any bikes that I couldn’t get onto without having to swing my leg up. When the salesman realised my problem he explained that I just had to lean the bike over to one side so that the bar was lower. I did feel stupid! So I now have a 21-gear bike with back and front suspension. I can ride for hours in complete comfort and hills are a breeze (well, almost).

7 Responses to Bikes I Have Known