My Favourite Exhibition in Paris this Summer and a Fun Fair

I love the Tuileries Gardens in the late afternoon in summer. The crowds have died down and if it’s a fine day, the sunset will turn the Louvre a lovely shade of pink. There are four fountains, each with a different view. Just pick a chair and take it all in! But first, make sure you go to the free Ahae exhibition in a temporary installation on the Concorde end, just before the Orangery. 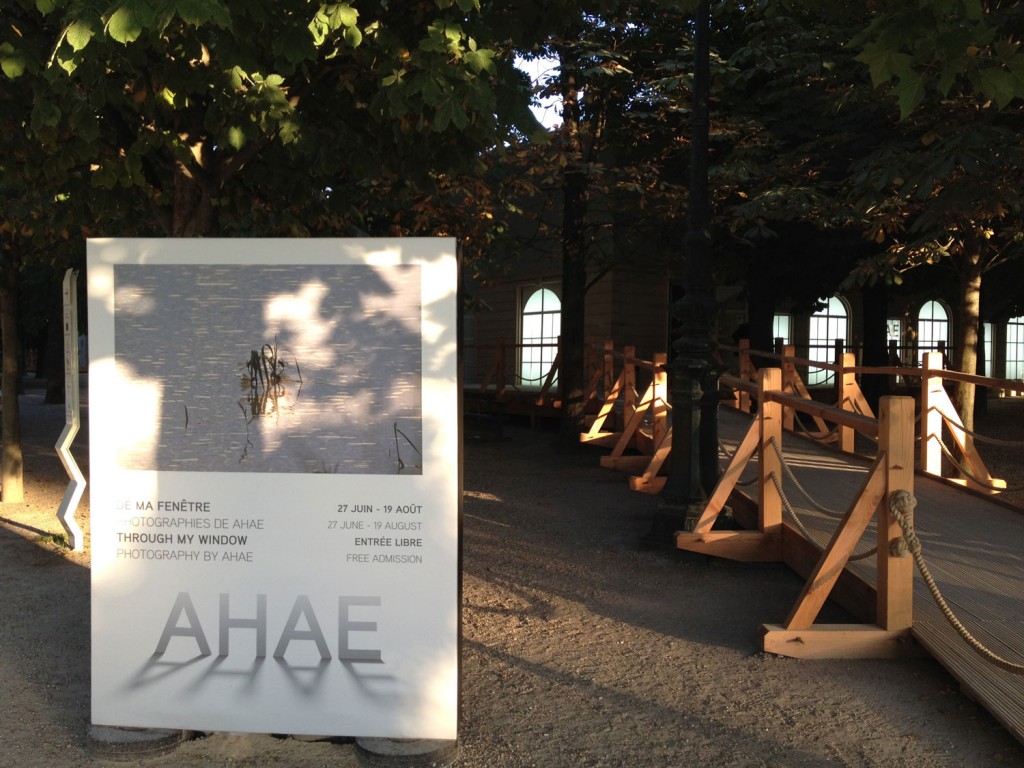 I’ve now been twice and each time, the effect when I leave the exhibition is the same – a wonderful feeling of lightness and serenity. Ahae is a Korean photographer who took 2 million photos over a period of three years from the SAME WINDOW. Not just any window, of course. He looks out onto a pond, maple trees and mountains. And not just any photographer either. His high-tech equipment includes a 1200 mm lens. The stunning result is often more like an impressionist painting than a photograph.

I particularly like his photos of birds in trees or in flight, although the dragonflies perched on reeds in the middle of the pond are not bad either! 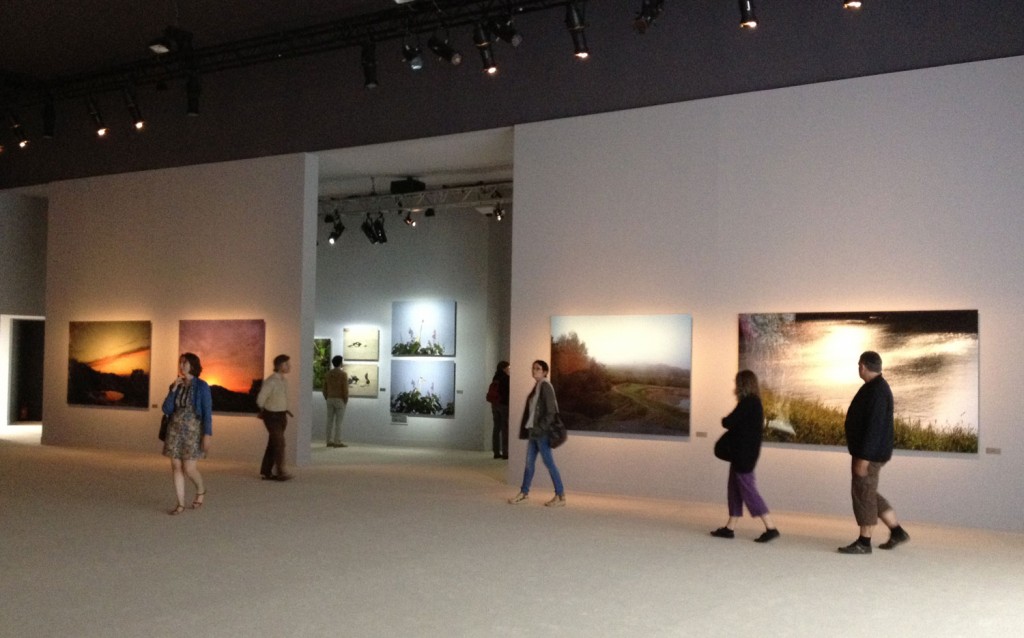 When we left the exhibition, Relationnel suggested we take a walk through the fun fair on the other side. Not really my scene but it was actually quite amusing. The first attraction, for small children, consists of a series of large plastic see-through balls floating on water. Each blown-up ball has a zipper. The operator pulls the ball up onto the landing stage and opens the zipper. The child crawls in, the zipper is closed and the operator sends in a blast of air to fill it again. He then pushes the ball into the water. The children all seemed to be having a whale of a time crawling on the bottom of the ball and making it turn around. 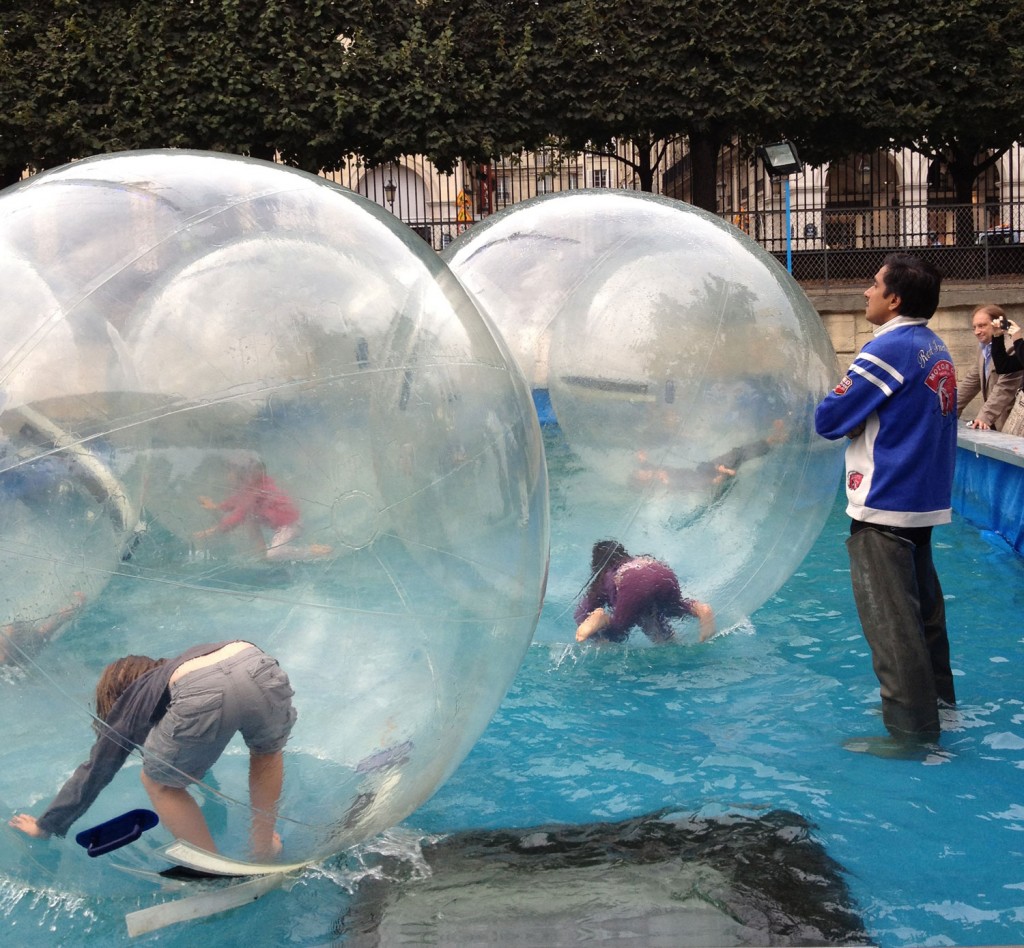 However, when I saw the getting-in process, I couldn’t possibly imagine Black Cat at 3 or even 6 for that matter, being zippered into a plastic ball, having air blasted at her, then being thrown into the water in a ball she couldn’t get out of. I watched the next child come along and was not surprised to hear her scream as soon as the air was fed in. The operator undid the zip and she got out, sobbing. However, another little girl, who had just finished her ride, asked if she could go instead, so I guess it’s something you get used to. 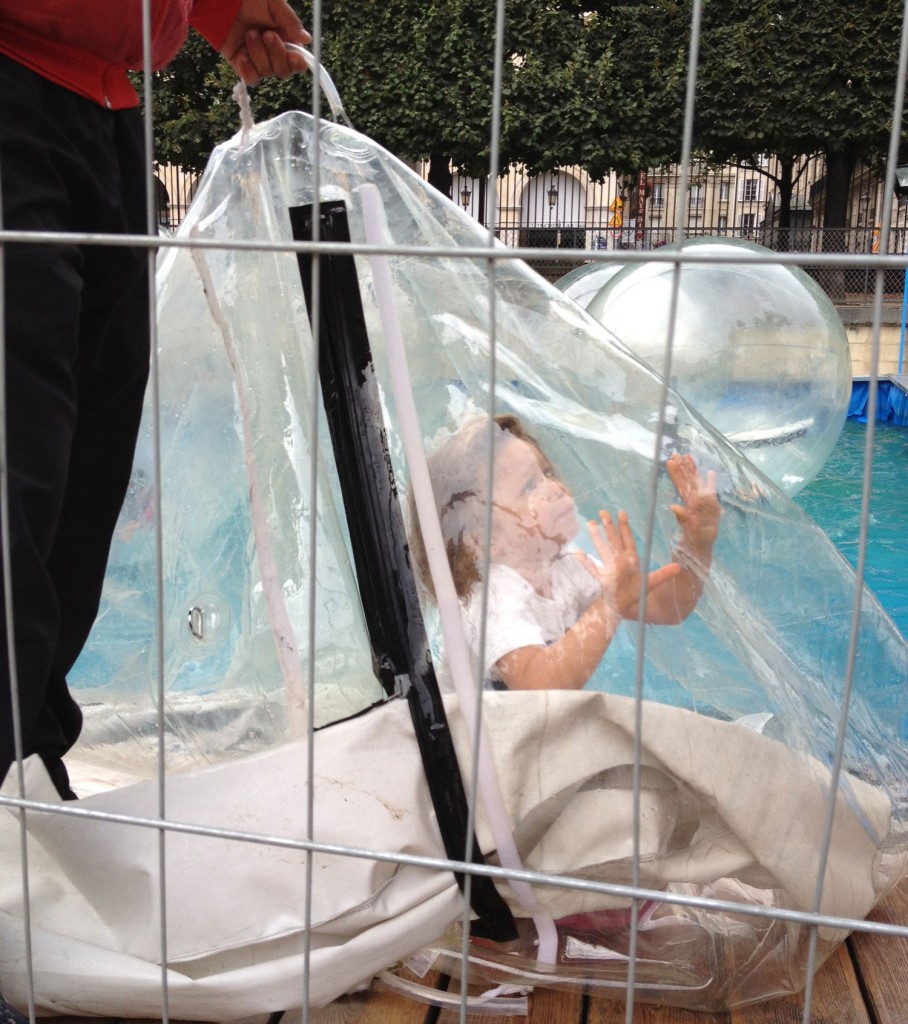 Maybe it’s all in preparation for the most horrendous (adult) ride of all – a large arm with an 8-person swing on each end – that had everyone goggling. Relationnel was fascinated watching the riders’ faces. I couldn’t even look at it without feeling ill!  He said they all looked as though they’d had enough after one round, but it then starts turning in the opposite direction. Strong sensations are not my thing, I’m afraid. 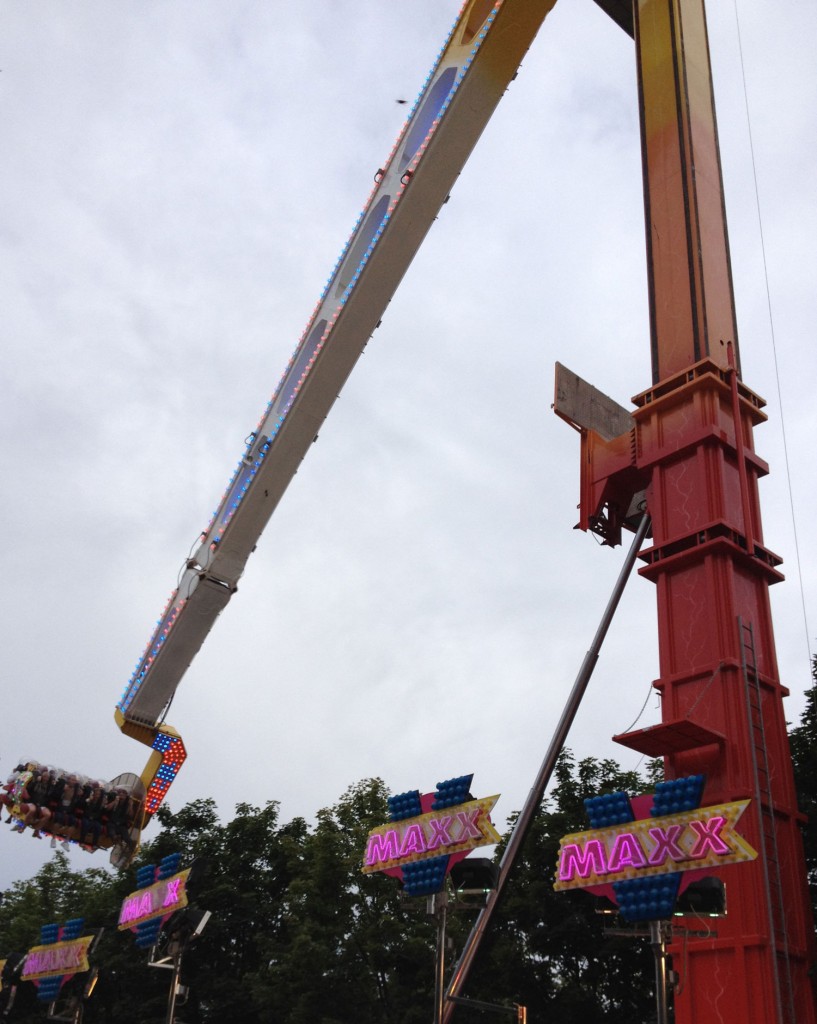 Even the traditional ferris wheel is not within my possibilities but it’s much more attractive, particularly in the late afternoon! 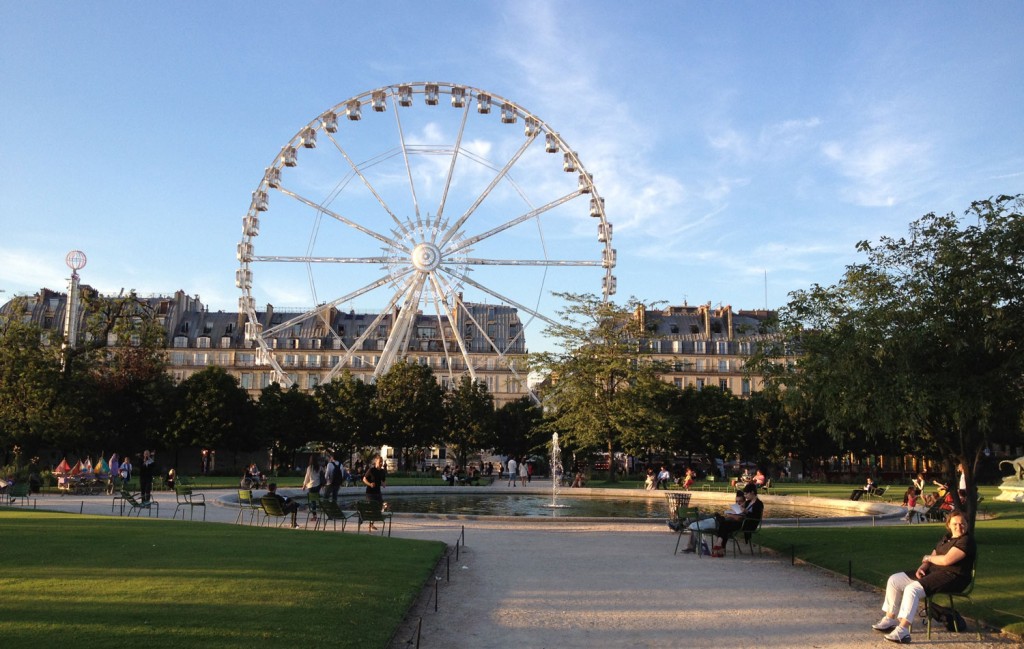 Practical information:
The Ahae exhibition is open every day from 10 am to 10 pm and the Tuileries Gardens from 7 am to 11 pm. Until 19th August.