Posted on September 27, 2012 by Rosemary Kneipp

Today was our last day in Tasmania and since we have become rather attached to the wonderful view of the Tamar River we have from our window, we took the advice of our home exchange hosts and drove east up the estuary and back down the other side. The scenery was rather pastoral on the way there, but although the sun was out (it was the balmiest day we’ve had yet), the sky was not very clear so I couldn’t take any photos. I saw lots of frisky little lambs though. 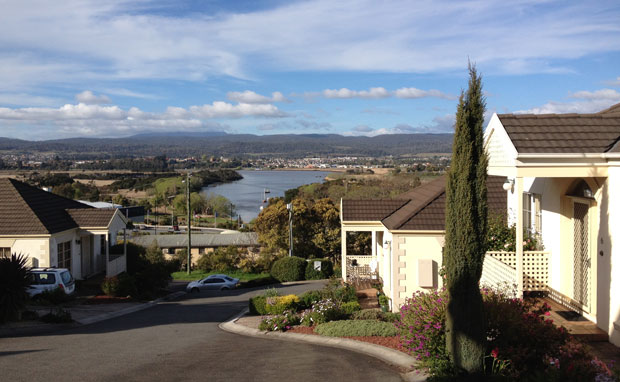 View of Tamar from Riverside

When we reached George Town, Hobart’s oldest town (there is always something oldest here), I asked at the service station where we could have lunch by the sea. “Go out and turn right”, began the first woman. “Are you sending her to Susie’s (it wasn’t really Susie’s but I didn’t get the name) ?”, said another woman. “Yes, why ?” “Well, her mother died so  it’s shut”. “Oh, she died, did she ? When was that?” “Oh, dunno.” “Well, then she can go to Pumpkin’s (not it’s real name either)”. “Nah, that’s too expensive”, and turning to me, “Why don’t buy some nice salad sandwiches at Dino’s Milk Bar (that is its real name) and drive down to the memorial. Got a good view of the sea there.” 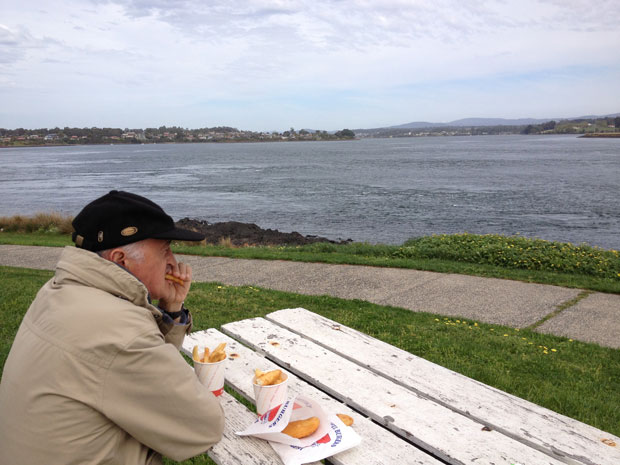 So that’s what we did, only we bought the ubiquitous (though somewhat lukewarm) Australian fish & chips – flathead, whitehead and flake (which is really shark) and dripping with calories – and found a table looking out onto the estuary, a little bit windy, but very pretty. 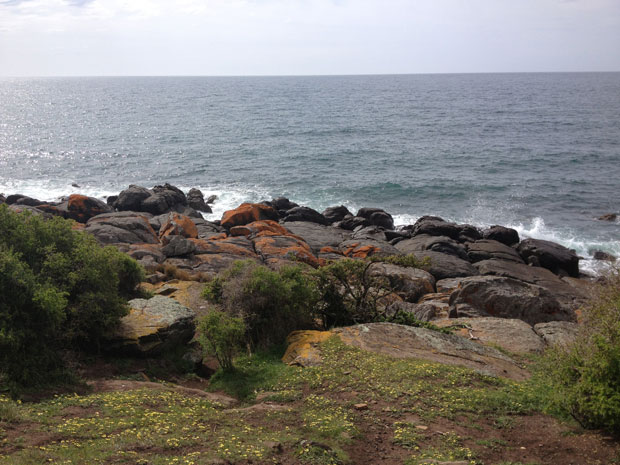 After that, we drove to Low Head Lighthouse and Dotterel Point in Bass Strait and walked around the headland through the masses of daisies and red rocks before coming upon a beach with orange-coloured sand. To reach the car, we had to go up and down the most amazing turnstile. 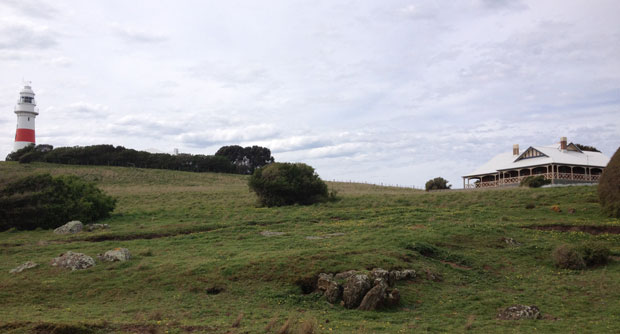 And there was a sort of bandstand on the other side of the beach. I discovered afterwards that it was a fairy penguin viewing stand used for nighttime tours. Like at Bicheno. Relationnel said regretfully that we could have kept an eye out for nests had we known which I thought was a bit optimistic. 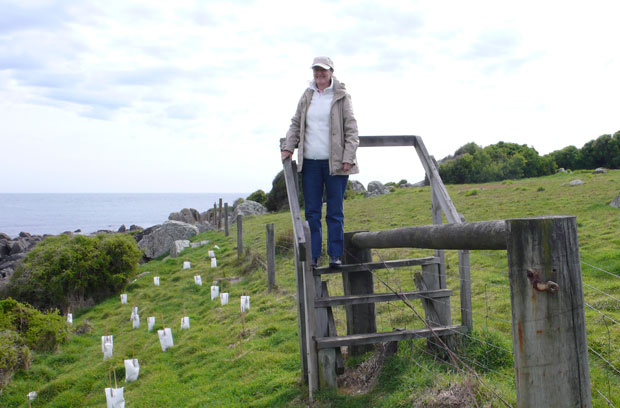 On the way back, we passed a quaint little white clapboard church built in 1887, along the George Town historic route. It didn’t quite look real it was so pristine, more like something out of a children’s book. 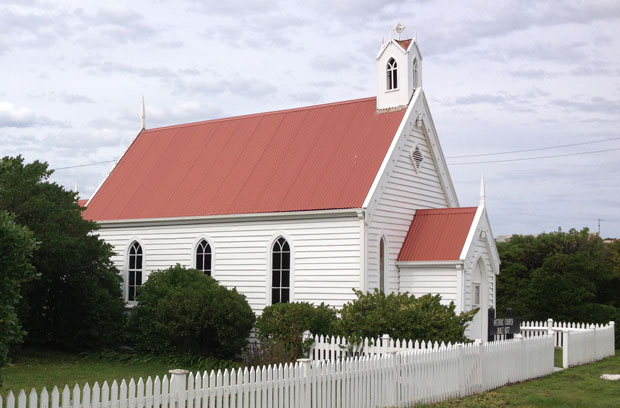 Then we drove back over Batman’s Bridge, which we were able to photograph from the road below. Another first – Australia’s first cable-stayed bridge and one of the first of its kind in the world – with a single tower 91 metres high. 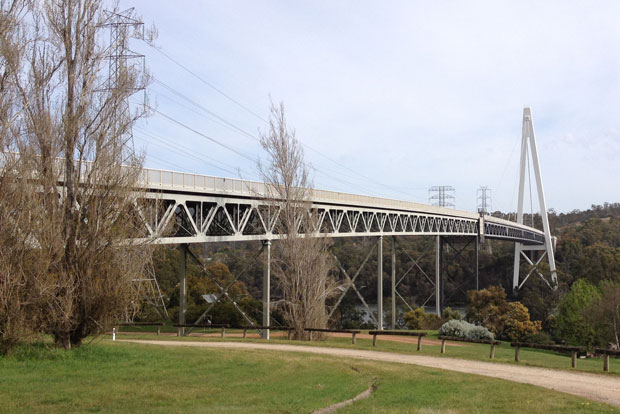 We stopped for coffee (and incidentally bought some T-bones at the butcher’s – two giant slabs for a mere 12 dollars, much cheaper than fish) at a little place that had a French vanilla slice with very strange topping and pastry and awful coffee. While we were there, three people came in for toasted sandwiches, one of whom has a gluten-free diet and had brought her own bread. Not only did they accept the bread without batting an eyelid – they also charged less! We are definitely not in France. 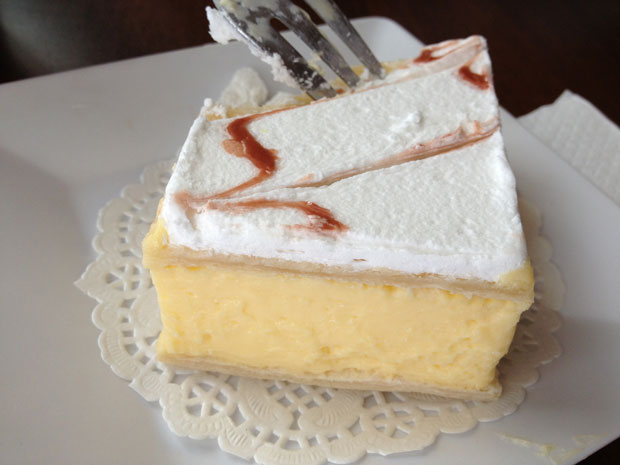 As we left, I saw the sign for a bakery which even has four stars in Trip Advisor so I discovered when I got home. Oh well, we had to have an awful coffee somewhere. We’ve been lucky so far!