French Tours: Beware Madame la Guillotine – It Pays to be a Friend – The Old Woman without a Clue

While I was on holiday in Australia, I didn’t have time to read my favourite blogs so I have a lot of catching up to do! This Wednesday, Abby Gorden from Paris Weekender, posting on My French Life, reviews a wonderful iPhone app on the French revolution which begins at my very doorstep, Mary Kay from Out and About in Paris explains the advantages of being a “friend” of Parisian museums and Bread is Pain laments about her inability to assimilate all those French verbs while her knowledge of France increases in leaps and bounds.

by Abby Gorden from Paris Weekender, posting on MyFrenchLife, a global community of French and francophiles connecting like-minded people in English & French 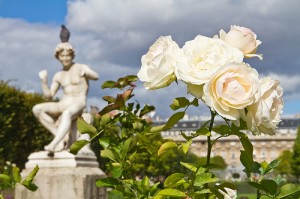 When My French Life™ asked me to review Time Traveler Tours new ‘Beware Madame la Guillotine’ iPhone app, I eagerly agreed. I was not going to pass up a chance to learn some history while having fun, outdoors, on the go.

The app is not quite a self-guided walking tour and not quite a book on tape. It’s something in between and at the same time something more. It’s jam-packed with history and interesting tidbits. It’s interactive. It’s easy to use. I had never owned an iPhone until about 15 hours before I embarked on the app-guided tour, but I still found it easy to navigate. Read more

It Pays to be a Friend 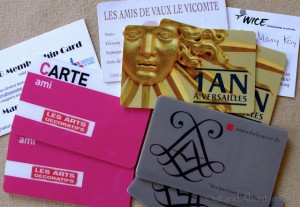 It’s less than an hour until my father-in-law’s train pulls into Gare de Lyon and I’m in a panic. It’s not that the apartment is a mess or that we don’t have any food, it’s that the elevator is broken.

The good news is that we could bypass the long lines of people huddling under their umbrellas in front of the Musée d’Orsay on Saturday afternoon because I’m a friend, “une amie”, of the museum. Read more

The Old Woman without a Clue

by Bread is Pain, a 30-something American living in the Rhone-Alps, and slowly eating and drinking herself through the country

I’ve been taking yet another French Intensif Course, this time at the University, and until today it has been an exercise in humiliation.  Everyone in the class is about 12 years old 20 years old and have been studying French for anywhere from 2 to 8 semesters.  They can reel off subjunctives and infinitives like it’s nothing.  When we had a session in which we described Fairy Tales, they were flawlessly reciting the plots to the Lion King*, Cinderella, and Pinnochio…and then there was me, the old lady without a clue (har har).  I could get the words out but not the correct grammar. Read more

One Response to French Tours: Beware Madame la Guillotine – It Pays to be a Friend – The Old Woman without a Clue