When I was growing up in Townsville, North Queensland, which has a current population of  200,000 (80,000 back in those days), Brisbane, the State capital and my mother’s birthplace, which now has over 2 million people (600,000 in my childhood), was the “big smoke”. I found it confusing more than anything as I followed my mother, always a keen shopper, through the busy streets. It was not until Black Cat spent a year at the University of Queensland in 2006 that I could say I really visited it.

Today, I think it is a lovely and very dynamic city, with its own special atmosphere. I particularly like the south bank area along the Brisbane River right in the centre of the city. 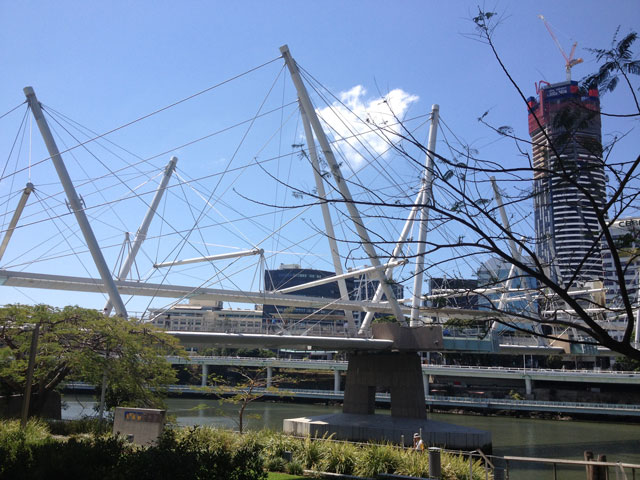 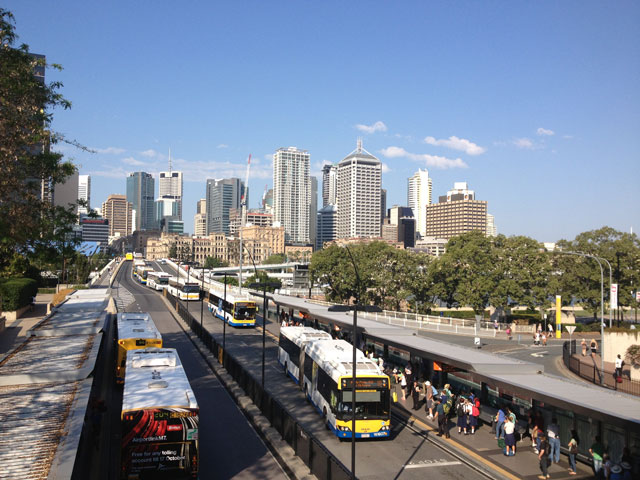 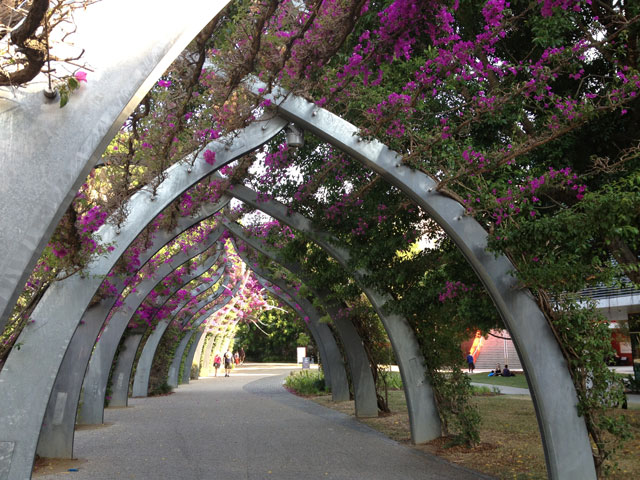 A bougainvillea walkway on South Bank 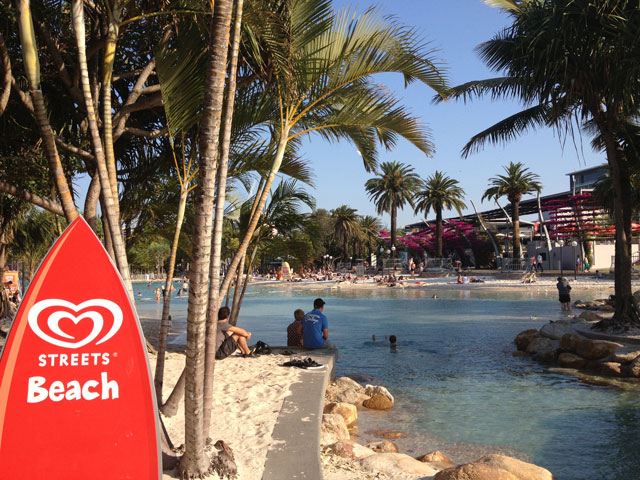 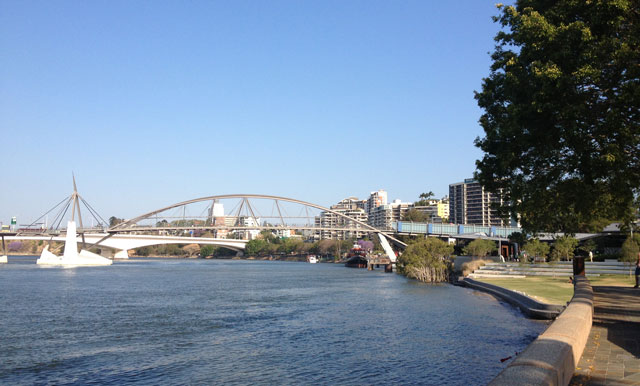