House Hunters: Castle Chapter – The perfect gift for someone who is addicted to social media! – Paris Photo Giveaway

The three posts on my Wednesday’s blogger round-up today were all written by fellow bloggers whom I met up with in Paris this week. Searching for Home is a young blogger who presents some of my favourite châteaux in the Loire in an original and amusing way. Mary Kay from Out and About in Paris has encouraged me to revise my (over)use of the iPhone with comments from her children while offering the perfect gift for a smart phone user! Carina Okula, a most talented Australian photographer and blogger living in Paris is running a photo giveaway that you shouldn’t miss.

by Searching for “Home”, a  half Swiss, half American citizen of Earth who shares the adventures and musings of an adult TCK* finding a place in the world. 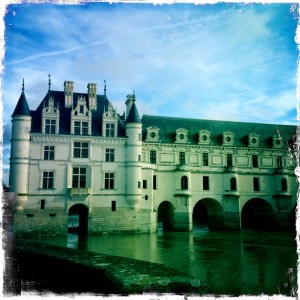 Come one, come all, Ladies, Gentlemen, step right up, step right up. Looking for a palace to live out that “happily ever after” fantasy? Look no further. We’ve got the castles you want at the prices you’ll most likely never afford. Read more

The perfect gift for someone who is addicted to social media! 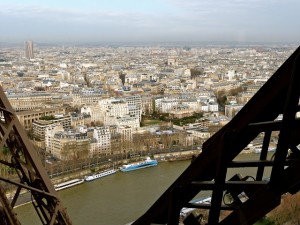 It’s not always easy being the mother of adult-aged children, especially when they start discussing my foibles like I’m not even in the same room as them. I mean seriously, don’t they know that my hearing is still intact?!

Sara (sighing): Mom keeps tweeting.
Philippe (in an exasperated voice): I already told her that she had to stop tweeting at the table a long time ago.
Sara: Well, she hasn’t tweeted at the table…yet…but she has been tweeting on the metro…and the bus. And she even tweeted in the D’Orsay Museum even though I told her not to.
Me: (attempting to get a word in edge-wise) I was checking me email not tweeting.
Philippe: (completely ignoring my explanation) She would have never let us tweet at the table when we were young. Read more

by Carina Okula, an Australian photographer and rhildren’s craft creator living near Paris. She also has a blog 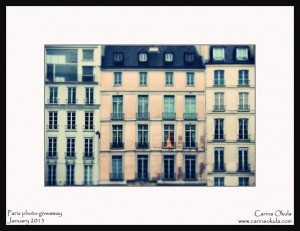 I’ve decided to have a giveaway, only I’m going to vamp it up somewhat.

Whenever I’ve run a giveaway in the past, I wanted everyone to win but there was only ever one gift waiting to go out. It got me thinking about how I might be able to make it possible to do a giveaway on a larger scale,  and then it came to me; I could give away images!

Instead of choosing one person to send a gift to, I’m going to give everyone – yes everyone – an image of Paris, and I’m super excited about it.

Rather than select one person to send a printed photo to, I’ll send everyone a high resolution image that you can use however you wish. You’ll be able to print it out and frame it, or,  use it as a screen saver. I don’t even mind if you want to use it on your blog – I just ask that you credit and link back to me if it used online for non-commercial purposes. Read more

This entry was posted in Architecture, Loire Valley, Paris, Sightseeing, Travelling and tagged Carina Okula, Out and About in Paris, searching for home. Bookmark the permalink.

2 Responses to House Hunters: Castle Chapter – The perfect gift for someone who is addicted to social media! – Paris Photo Giveaway