Baie de la Somme, which is at the mouth of the Somme River in Picardy, is a delightful little town that goes back to Roman times. It still has an abbey church, a sea lock, a stone tower, ramparts and small winding streets. It has a colourful market on Sunday mornings that often extends along the waterfront. It has lovely light and attracted artists such as Sisley and Degas who both had villas there. Baie de Somme is one of our favourite cycling areas and is a good stop on the way down from Boulogne to Dieppe, for example. It’s also an easy weekend trip from Paris. 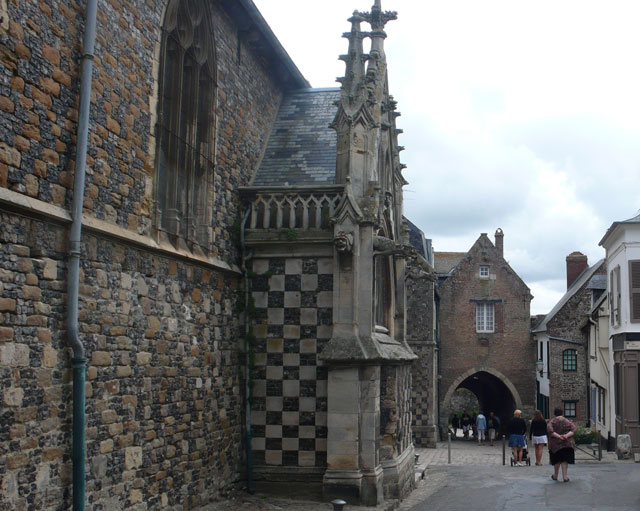 Abbey church taken in the other direction 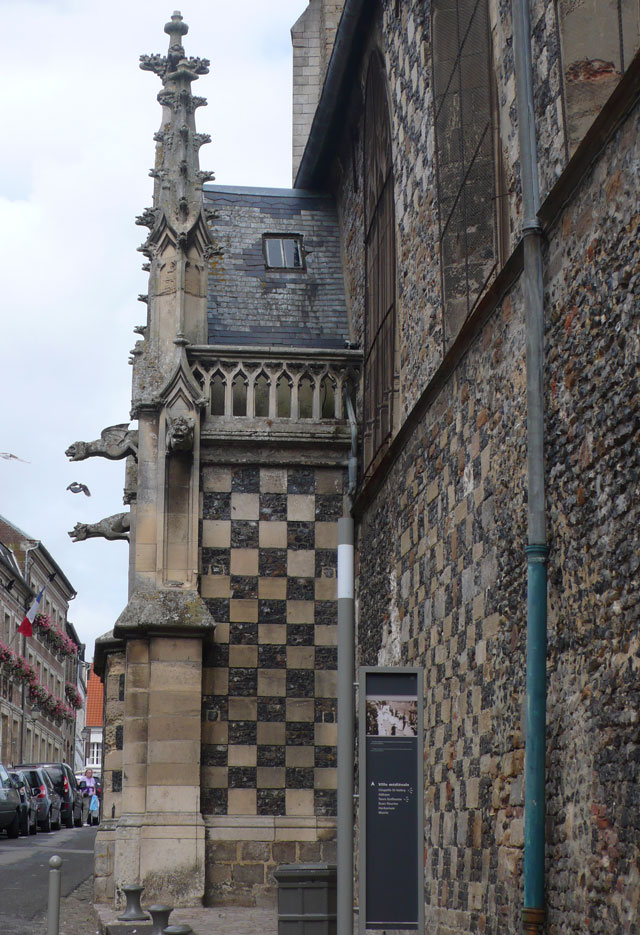 Abbey church with its checkerboard pattern 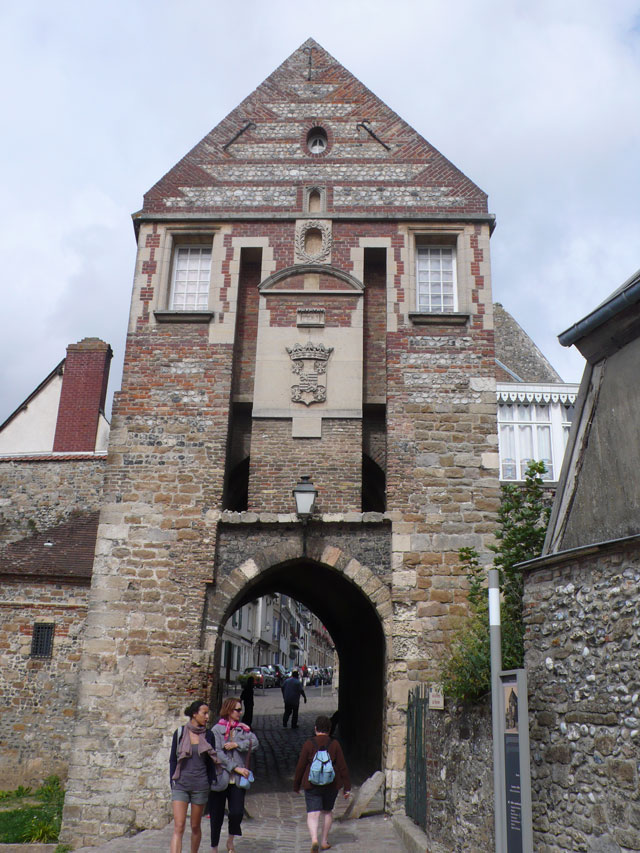 Entrance through the old remparts 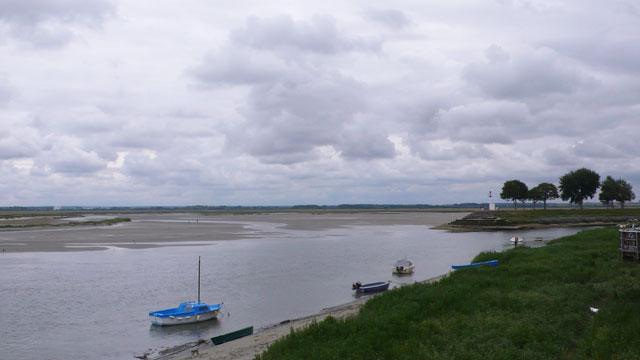 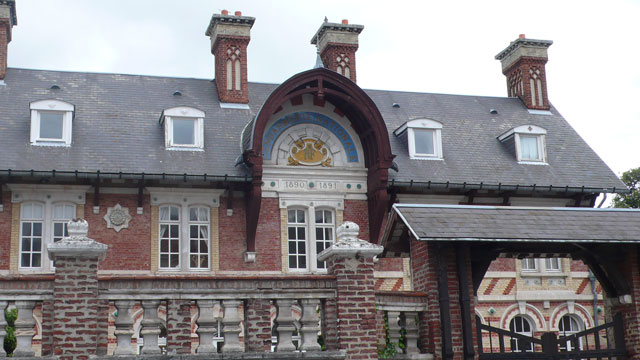 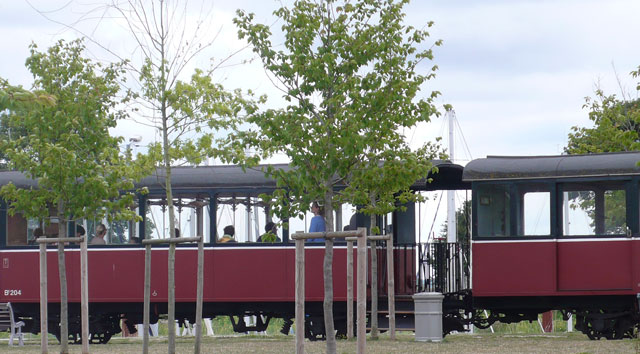 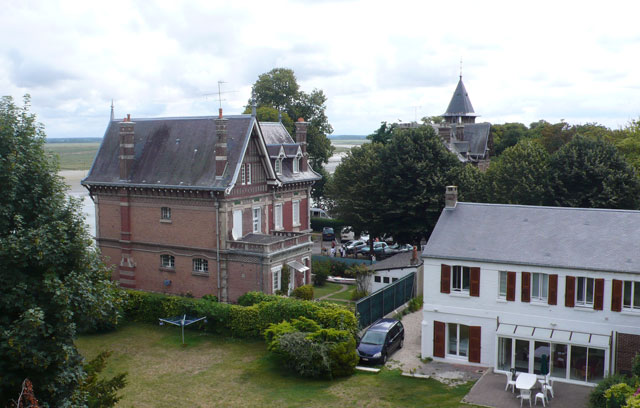 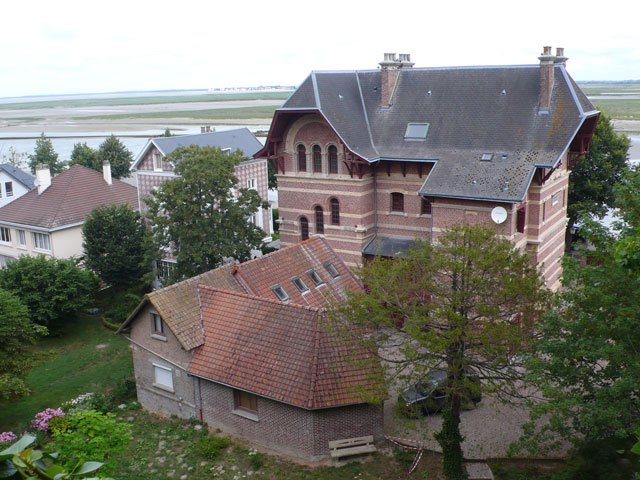 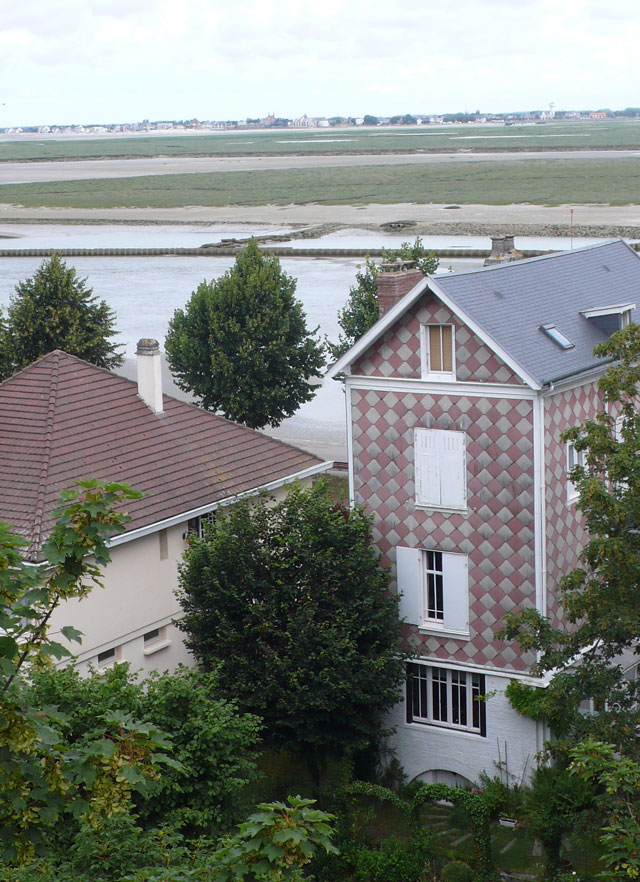 You can see the other side of the estuary