Posted on February 4, 2013 by Rosemary Kneipp

I’m a great believer in having a couple of culinary specialities up your sleeve that you can make standing on your head and everyone oohs and ahs about. It doesn’t even matter if you always serve up the same thing to the same people because they usually look forward to it. Jean Michel’s great specialty is his thin-crust apple tart. 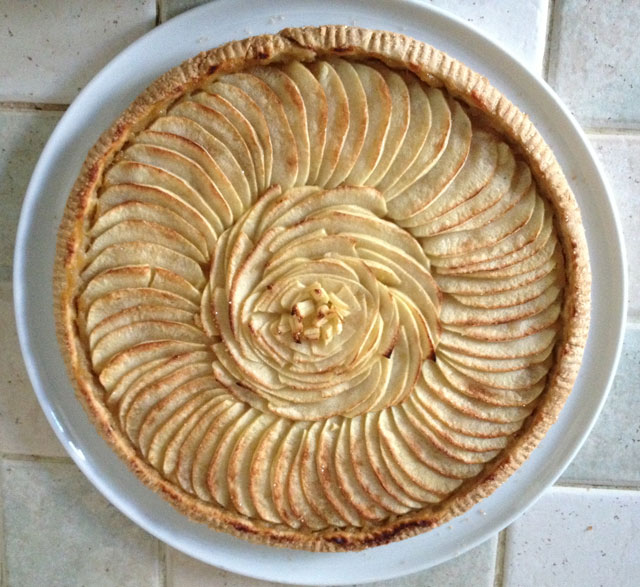 The first time I ate it was when he invited me to dinner at his place for the first time. He’s convinced it’s low calorie. I’m not so sure about that, but it’s definitely delicious. I have never learnt to make it – I would hate to rob him of his fame (and it would also mean I’d find myself making it more often than him!). Also, I don’t think I have the patience to cut the apple thinly enough.

I once helped him in the early days of our acquaintance and I could see I was not doing it the right way. So I bowed out gracefully and left him to get on with it.

1. Mix the dry ingredients in a large bowl 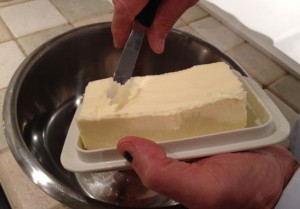 Putting curls of butter into the flour

2. Scrape the butter into the bowl with a serrated edge knife

3. Incorporate with the finger tips

4. Create a well in the middle and break in the egg

5. Blend well with the fingertips

6. Add a little water depending on the moistness of the flour

7. Form a uniform ball and put in a cool place for at least 30 minutes but preferably several hours 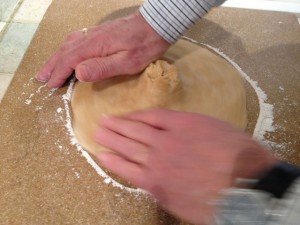 Forming a circle from the ball of dough

8. Place the dough on a marble plaque and press it into a circle by working around it 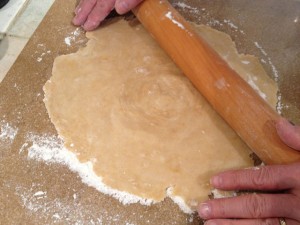 Rolling dough towards the inside

9. Roll the dough out with a rolling pin first from the outside in, then from the inside out until it forms a circle with a diameter of 38 to 40 cm 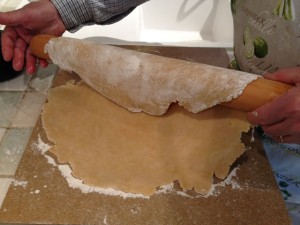 Transferring the dough onto the rolling pin

10. Roll the dough around the rolling pin and place gently onto a 35 cm shallow anodised aluminium tart plate. 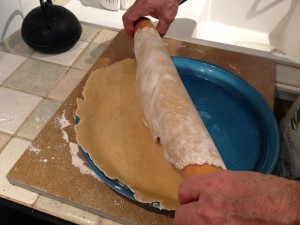 Placing the dough on the tart plate

11. Prick the bottom with a fork 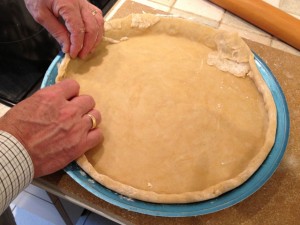 Forming a roll around the outside

13. Create a decorative edge with a fork 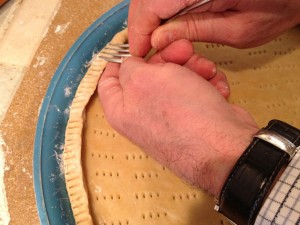 Decorating the edge with a knife 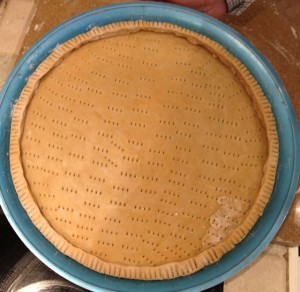 The empty shell ready for the oven

15. Spread a thin layer of apple compote on the bottom of the shell 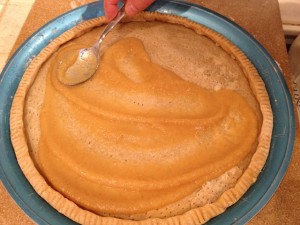 Spreading compote onto the base

16. Carefully eel and slice the apple thinly and evenly 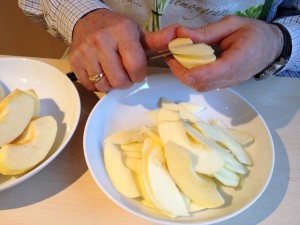 Cutting up apple into thin slices

17. Overlap the apple slices to form a pattern 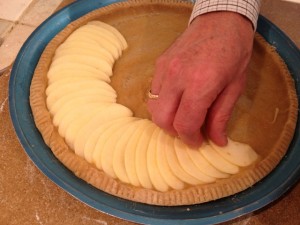 18. Make the rosette in the middle and sprinkle lightly with sugar 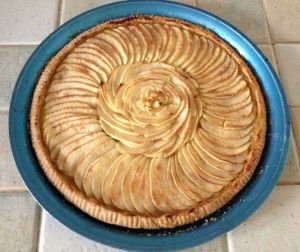 Just out the oven